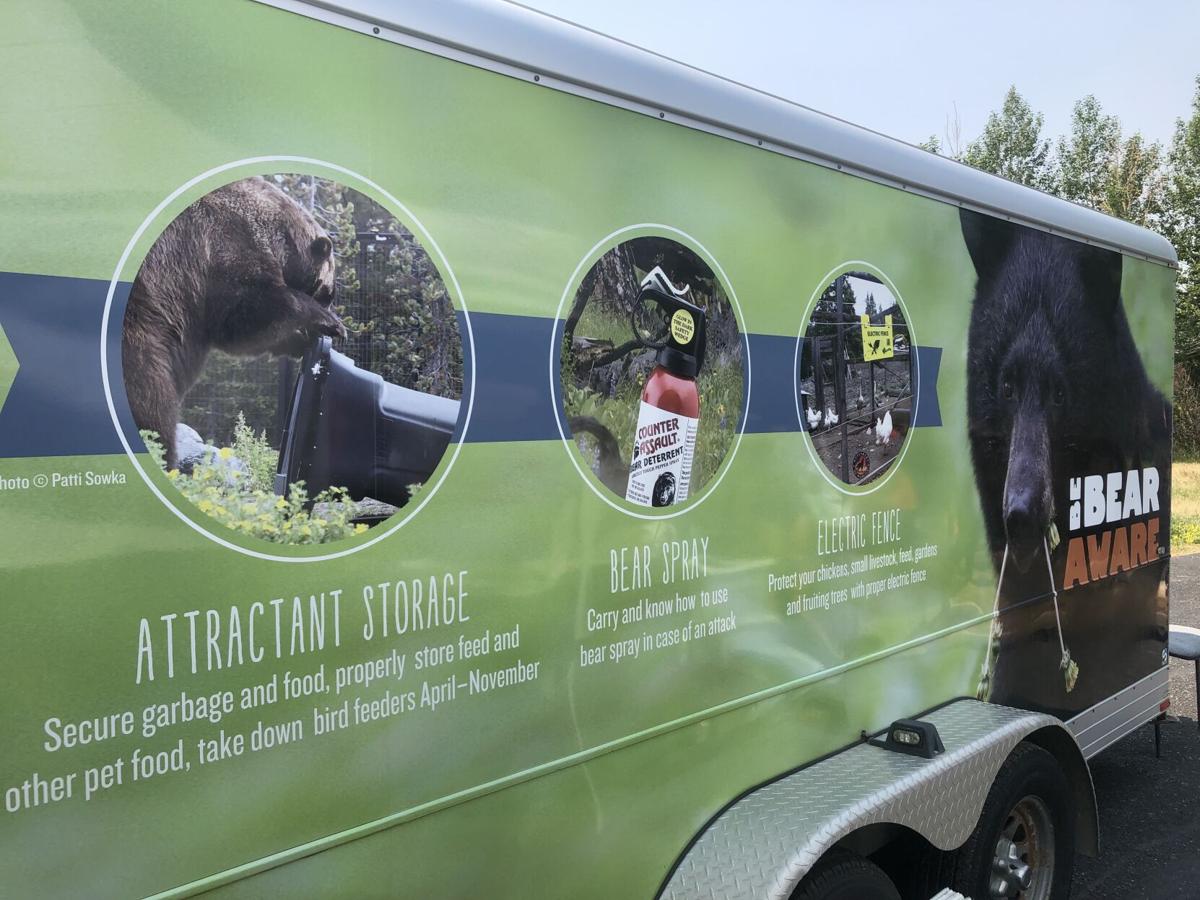 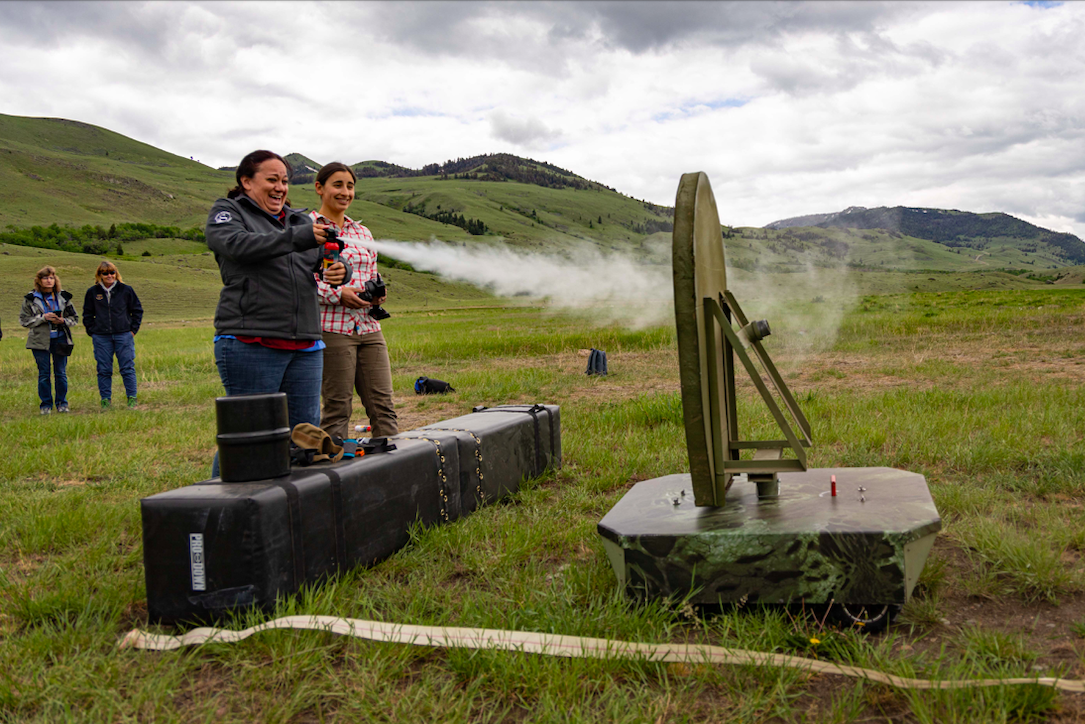 BOZEMAN, Mont. – Montana Fish, Wildlife & Parks invited people out to learn more about what to do in bear encounter situations which have become prevalent around the state.

The bear safety event at FWP’s Bozeman office on July 21 allowed people to learn more about bear activity and what to do in situations when confronted or accidentally running into a bear out on the hiking trails or at a campsite.

Bear encounters have become a hot topic when the Montana Fish, Wildlife & Parks’ Wildlife Human Attack Response Team responded to a fatal bear attack in Ovando on the morning of July 6.

“The best thing people can do for both themselves and the bears is to secure anything a bear might want to eat, that’s at their house or campsite in a place that the bears can’t get it, it is really hard right now you know it’s hot and they’re stressed and they are looking for food so really keeping that backyard clean is a really good thing you can do for the bears and yourself,” Bear Education Coordinator Danielle Oyler said.

What to do during an encounter:

When it comes to encounters, if a bear is not actively engaging with you (looking away, ignoring you, running away or retreating) then you can give the bear space by backing away slowly from the bear and going in the opposite direction of the bear.

If a bear shows agitated or defensive behavior (huffing, jaws clacking, head swaying back and forth, bellowing, swatting the ground, and excessively salivating at the mouth) then be sure to stand your ground, prepare your bear spray, and speak in a calm manner, until the bear retreats.

If a bear charges or appears ready to charge you also need to stand your ground and if it charges, use your bear spray, when the bear comes within 30-60 feet.

If the bear is going to touch you, go face down on the ground, cover your neck and head as much as possible, and deploy your bear spray in the bear’s face.  If you do not have bear spray, play dead if it is a grizzly bear, fight back if it is a black bear.

If a bear follows you slowly, purposefully or methodically approaches you:

If a bear enters or reaches into your tent you should also use your bear spray and fight back.

Oyler said the key for being armed with bear spray is keeping it on you where you can grab it and be ready to use it, not zipped up in your bag, tied up to your tent or locked onto your bike.

“Once you’re in the moment, aim at the bears feet and push down the spray in short bursts,” Oyler said.

Also be sure to check on the expiration date of your bear spray.

FWP offers a few safety tips on their website to be “Bear Aware.”