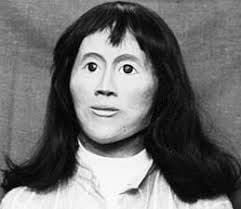 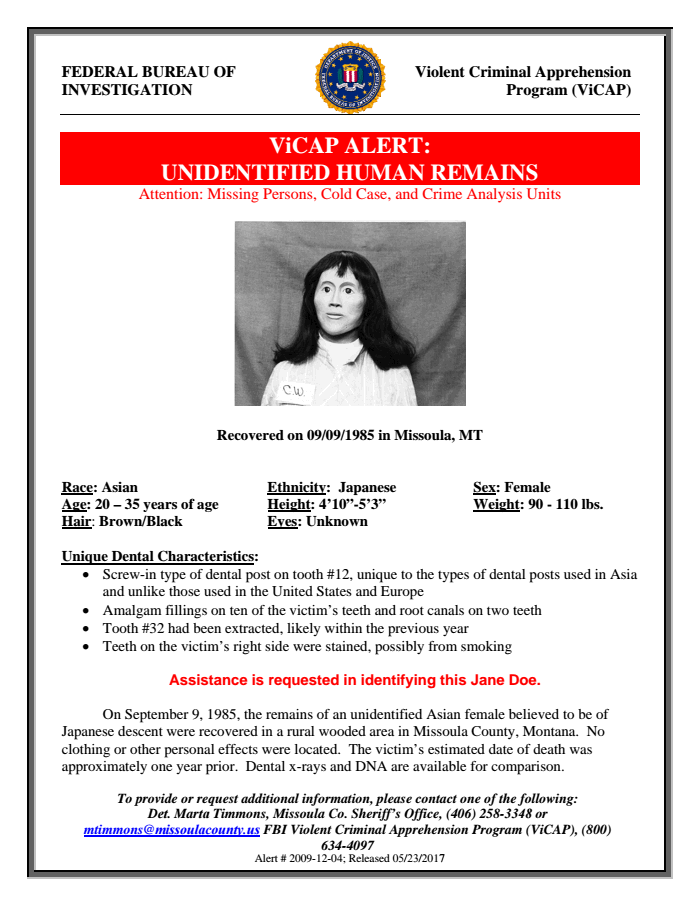 Her real name, though, is unknown.

In our new episode of "Montana Murder Mysteries," ABC FOX Montana's Angela Marshall and Blake Simonson breathe new life into a nearly 35-year-old cold case that is sure to cause the hair on the back of your neck to stand up.

In September of 1985, a hunter was tracking a bear that he had shot in the mountains south of Missoula.

Just off of Crystal Creek Road in a gully he made a grim discovery: a human skull and several human bones.

What investigators were able to deduce right away is bone-chilling.

The person had been shot from close range in the head, not once, but twice.

Investigators refer to her as "Christy Crystal Creek" and may be a victim of Montana's "suspected" serial killer, Wayne Nance.

"She's assumed that she could be a victim of Wayne Nance, because she's found in an area where Wayne Nance used to hang out," said Detective Marta Timmons with the Missoula County Sheriff's Office. "It was one of his favorite places to take people. There's an old car there that he liked to sit in. And it was just one of his favorite places to take people. And it's… she was found very close to Debbie Deer Creek, which we know Wayne Nance killed."

As you just heard, they dive into how Christy might have died at the hands of Nance and why it's been so difficult to find out her real name after all these years.

Make sure to download and subscribe to our podcast, "Montana Murder Mysteries," to hear the full story.

You can find it anywhere you get your podcasts.

Listen to "Only Unidentified Victim of Missoula's Serial Killer Wayne Nance" on Spreaker.