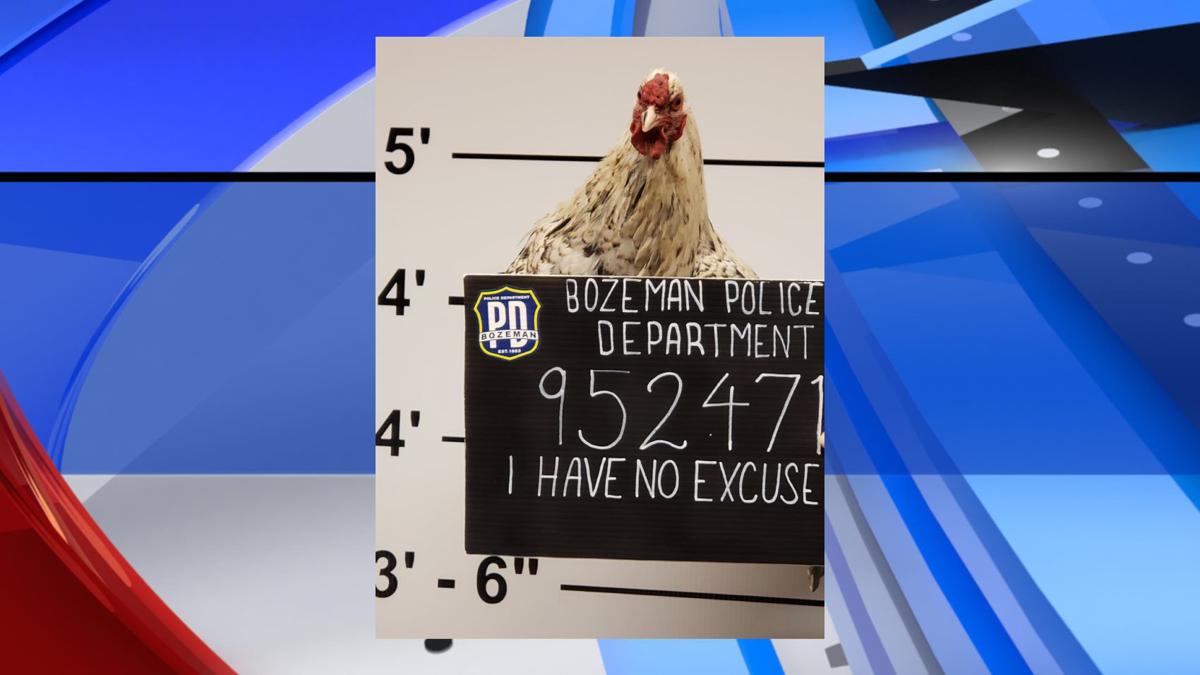 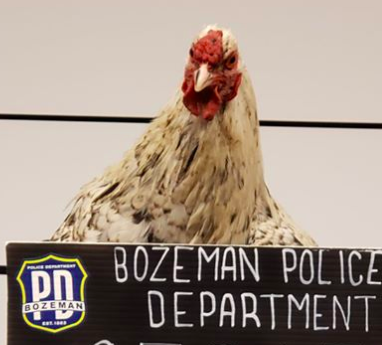 BOZEMAN- A chicken that has been on the loose for several months in Bozeman has finally been captured.

“So we received a call for service, earlier this week in regards a chicken who has been frequenting a neighborhood and people‘s backyards,” Officer Selena Fowler with Bozeman Animal Control said.

The bird's owner is a mystery, the chicken has been living on its own in backyards and trees for several months.

“My fellow officer actually responded on Monday…the chicken was able to fly over fences and kind of getaway,” Fowler said, “so we knew it was going to take more than one officer in order to catch this chicken.”

Fowler and her team were ready, they went in with a plan, they definitely were not winging it.

“It jumped the fences, kind of flew over a few fences, actually ended up in a tree where we almost had it,” Fowler said, “then at one point in time it finally went into a yard where we were able to corner it and capture it.”

At about half-past hen on Tuesday the no good bird was taken into custody but not before ruffling a few feathers.

“I had gone into a yard and there was an extremely large pine tree, I ducked under the pine tree to try to get her (the chicken) into a corner and when I came out from under the tree I had a massive amount of burs in my hair,” Fowler said.

So Officer Fowler turned to the Bozeman Fire Department to have the burs removed. The team with the fire department used olive oil and pliers to remove burs.

“The hardest part of capturing the chicken was definitely having to get the burs taken out of my hair,” Fowler said, “but you know what it gave everyone a good laugh and we had a great time with it.”

Officer Fowler went on to say that it's currently believed that the chicken is a hen, the nameless bird is in the process of moving to its new home where it will be raised by a 4-H club.

You can watch the full story on Wake Up Montana tomorrow:

Bozeman Police takedown bad news chicken, but not before ruffling a few feathers

Bozeman Police takedown bad news chicken, but not before ruffling a few feathers1