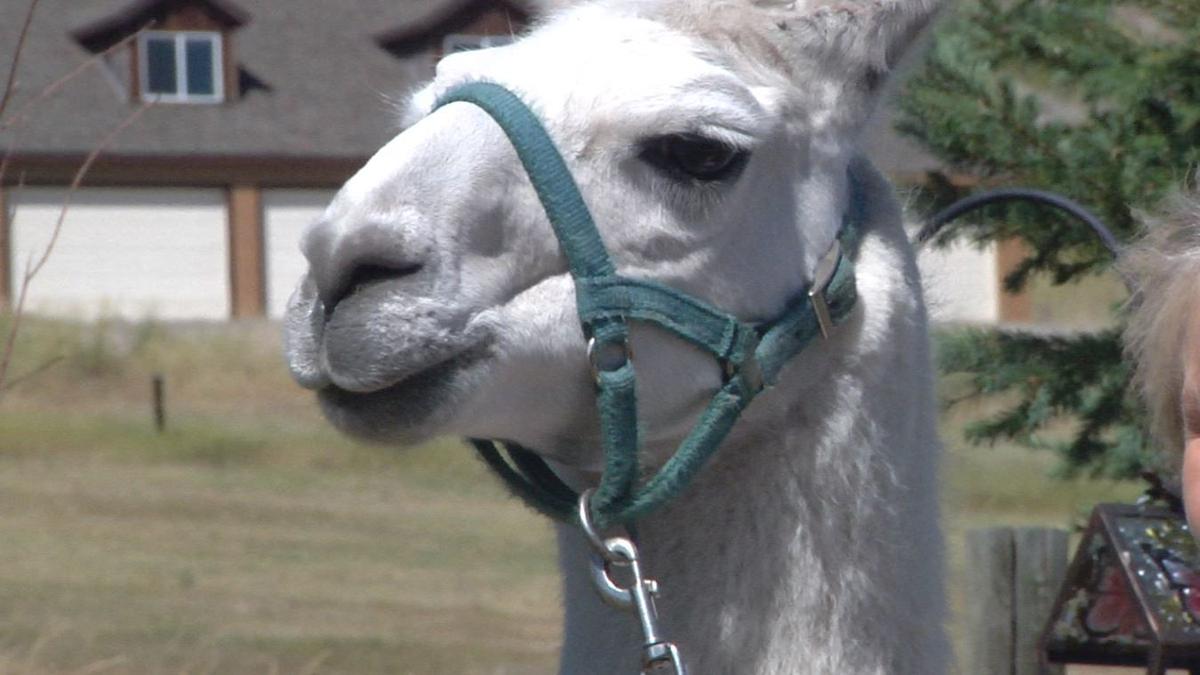 Lewis was rescued in 2018 by his current owner, Susi Huelsmeyer-Sinay, after living freely in Yellowstone National Park for 3 months. Lewis escaped from his previous owners due to an untreated injury on his mouth. 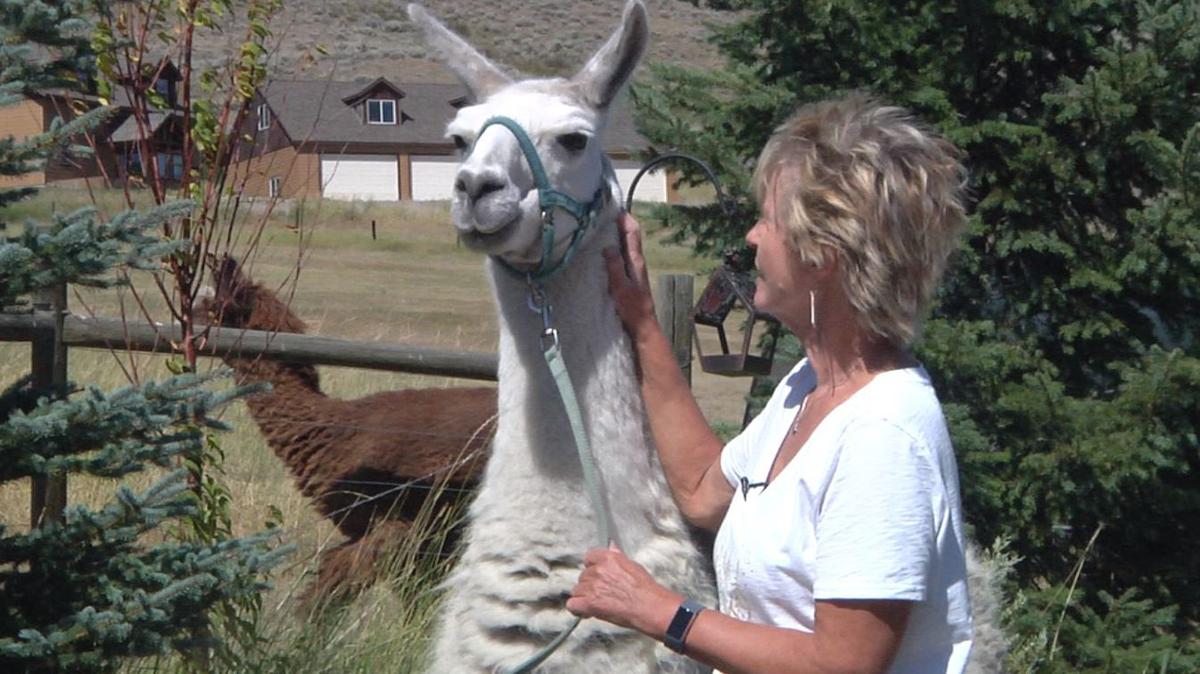 Lewis was rescued in 2018 by his current owner, Susi Huelsmeyer-Sinay, after living freely in Yellowstone National Park for 3 months. Lewis escaped from his previous owners due to an untreated injury on his mouth.

LIVINGSTON - A llama that made national headlines last fall when he was rescued after three months in Yellowstone National Park’s wilderness is on his way to recovery.

The llama Ike - now named Lewis - is undergoing surgery this week at a veterinary clinic in Colorado to help remove a painful tooth abscess.

He'll be treated by veterinarian Jennifer Rawlinson at Colorado State University, where she's part of a team that specializes in high-profile animal rescues. Recently, CSU veterinarians helped save a dog whose face was broken by a a car.

As for Ike/Lewis, the llama now has a national fanbase from last year when he wandered the Yellowstone backcountry for months. Reports say he escaped from his owners, who operated a llama tour company in the park.

"They abandoned him,” Huelsmeyer-Sinay says of Ike’s previous owners. “And so of course, to me that's just not acceptable. I immediately mounted a little rescue group with three friends and three llamas."

Following tips from park rangers, Huelsmeyer-Sinay and her friends found Ike sunning himself on the shore of Yellowstone’s Lewis Lake.

"We were able to locate him about a mile away through binoculars,” says Huelsmeyer-Sinay. “He saw the llamas and came running immediately. I opened the gate to the trailer, and he jumped right in and we took him home."

The experienced llama owner immediately saw what caused the animal to run away from his previous owners.

A fractured tooth root with an abscess surrounding the area is causing major pain for the animal, along with making a hole in his jaw. Susi says the injuries are likely the result of Ike being kicked by another llama in his former pack, but the wounds were never addressed by his previous owners, who continued to use him as a pack llama.

With the halter pressing on his injury and no relief, Ike ran away in August 2018.

After being found by Huelsmeyer-Sinay, Ike was renamed Lewis in honor of the lake where he was found.

Huelsmeyer-Sinay refuses to work Lewis as a pack llama for her tours until he’s fully healed. And while the llama may have spent three months roaming Yellowstone, the largest mountain left for Lewis to climb is a $4,000 bill for mouth surgery.

"I have 15 llamas, I cannot really spend that kind of money on all of them,” she says. “So I hope that somebody will help out."

Huelsmeyer-Sinay is taking the llama to Fort Collins, Colorado for surgery performed by a specialist in dental work on camelids like llamas.

Huelsmeyer-Sinay says she'll get Lewis the care he needs regardless of reaching her GoFundMe goal, but hopes that people will be taken by Lewis' story and be moved to help him.

Lewis' first appointment with the veterinarian that will perform his surgery is scheduled for September 17th.

If you want to donate to help Lewis, click here.

LIVINGSTON, Mont. - From his three months spent wandering Yellowstone to his dramatic rescue from the park last year, and his journey back to health, we've been following the story of Lewis the Llama for months. And now, he has a special holiday message.

State of the State preparations underway in Helena

Montana's House of Representatives votes on quartet of abortion bills