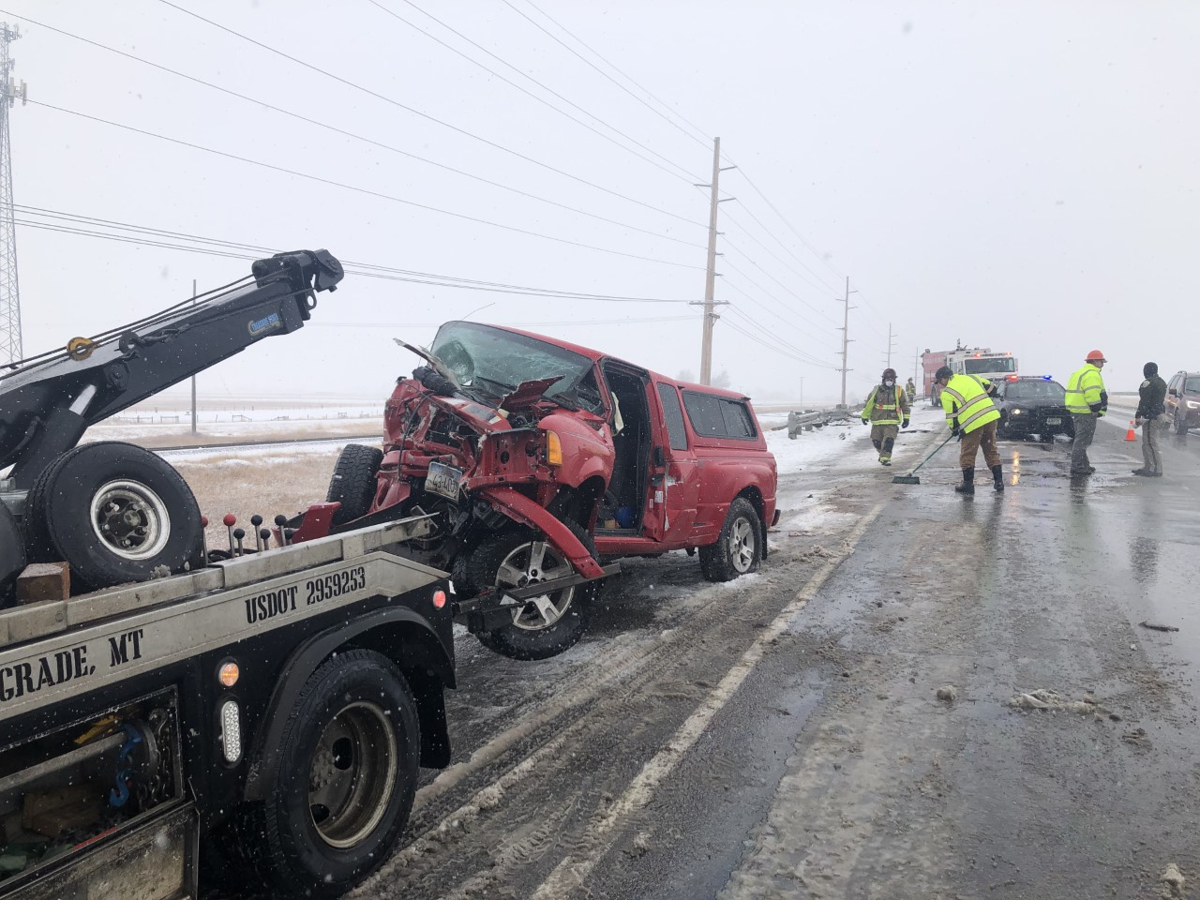 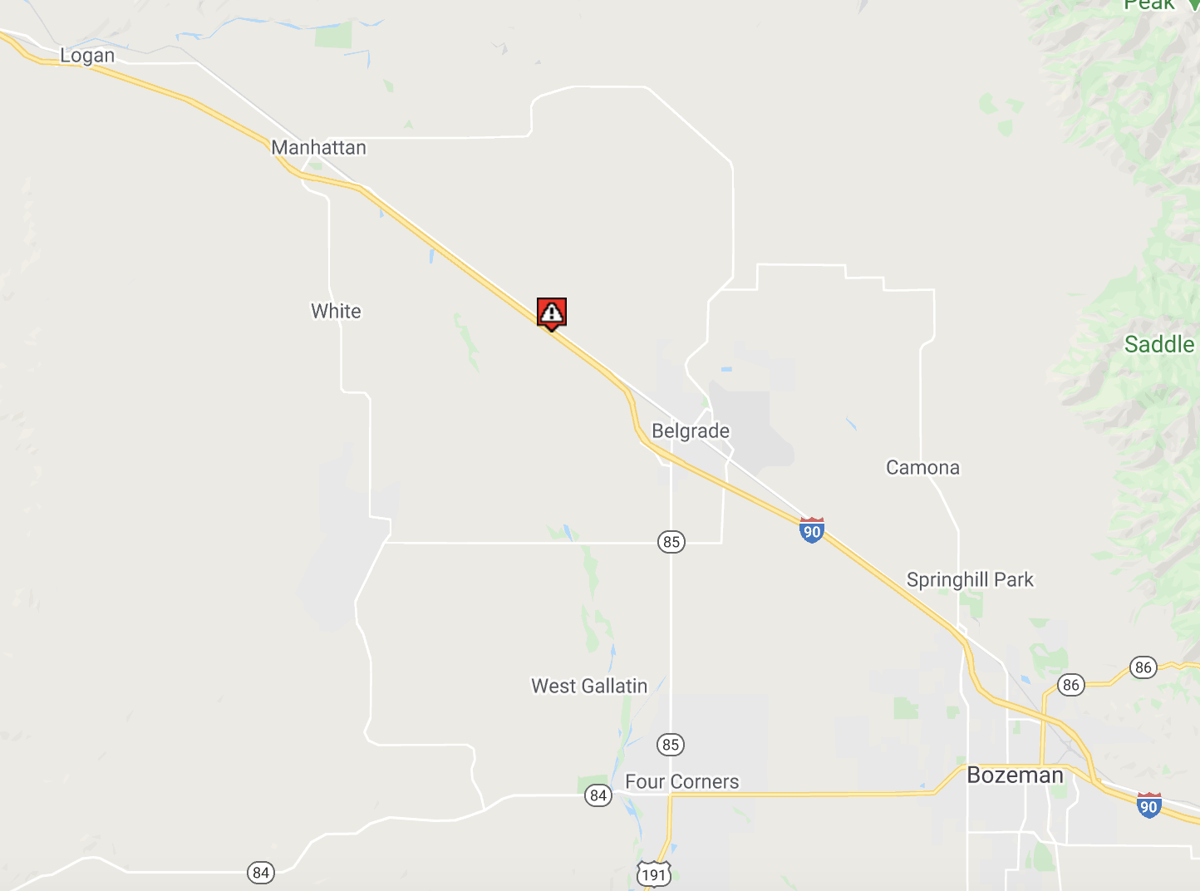 BELGRADE - Two vehicles had a head-on collision after a man lost control of his vehicle on Interstate-90 near Belgrade.

The man was heading eastbound on a bridge between Manhattan and Belgrade in a Ford Ranger. Montana Highway Patrol told us he lost control causing him to cross the median into the westbound lanes, hitting a boxcar head-on

The man in the Ford Ranger was minorly injured and there is hefty damage to the guard rail on the westbound side.

MHP said Central Valley Firefighter is cleaning up the damage and was nearly hit by a vehicle driving too fast and out of control.

MHP is asking people to slow down with slippery road conditions, check weather report and slow down if you approach an emergency area.

Currently, there is one single-lane traffic in the area westbound.

BELGRADE - A crash is blocking both lanes on Interstate-90 outside Belgrade Thursday, the Montana Department of Transportation reports.

According to MDT, the crash is 5-miles west of Belgrade and was reported at 9:45 a.m.

Drivers should expect delays and speeds bumped down to 35-miles-per-hour in the area.