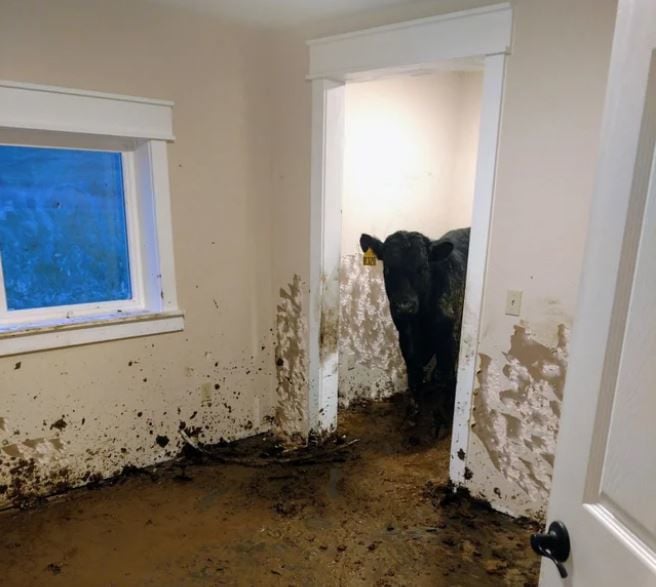 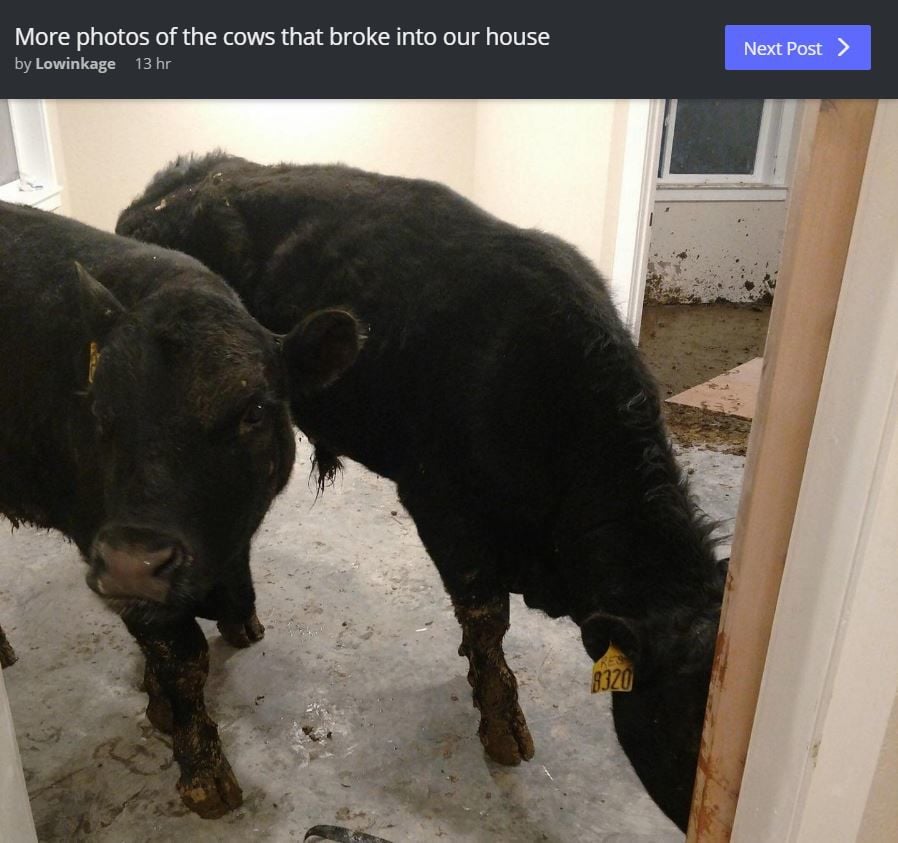 A Washington family was shocked to discover that bovines moo-ved into their new house in Montana.

A poster on Reddit's "Well That Sucks" section shared pictures of a new home that was taken over by cattle: "This big guy and three of his friends got into our newly built Montana house and proceeded to live there for a month before being found."

Several commenters said the house might very well need to be gutted and re-floored due to the damage, and urged the poster to talk to an insurance company.

More pictures of the invading cows are on Imgur.

In a response to people's questions, the poster wrote:

1.house is on my aunt's property. We currently live in Washington and were planning to move over at the end of the year . We assumed she was going down every now and again to check on house, guess she wasn't. Cattle guy has a lot of acreage and looked for his cows, even filed a report for stolen cattle. He looked in our shed but not in the house because he thought someone was living there.

2. There was a bad storm in the town I think around late April and we think the cows were looking for coverage. They either got in by nudging a lever door or the wind might have blown the door open. We're not sure.

3. Insurance has been contacted but I'm not sure about outcome because my stepdad is trying to deal with it directly with cattle guy and trying to work something out, and no, we don't have Farmers insurance.

4. Cattle man has already contacted contractors to come out and appraise house, we have all his info but unfortunately we are back in Washington at this time, so it's going to be a process.

5.I'm going to become a vegetarian to please the cow gods so that this will never happen again

It's unclear where the house is located. We will update you if we learn more.

Senator Daines to speak at Memorial Day Ceremony in Bozeman

Tower Street closed to the public due to flooding concerns