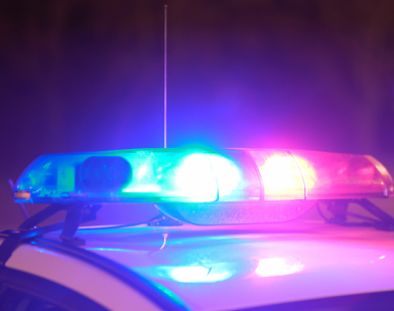 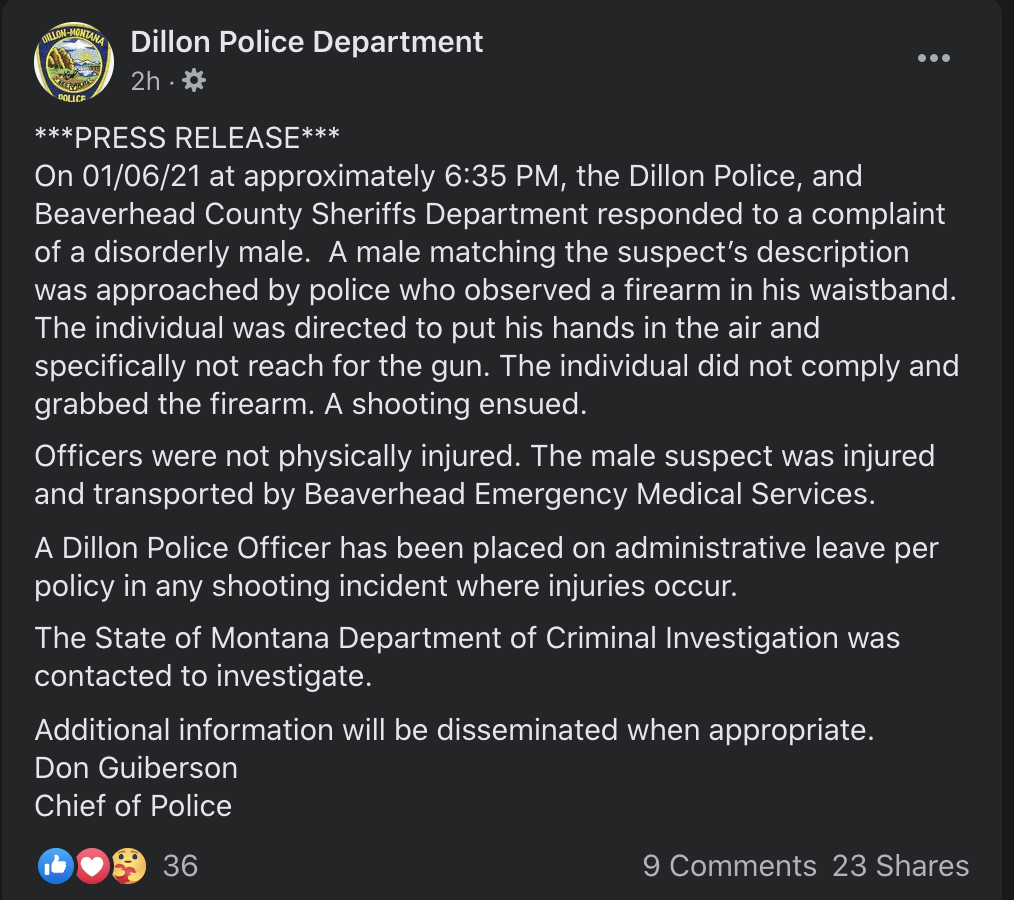 A release from the Dillon Police Department (DPD) says they and the Beaverhead County Sheriff's Office responded to a report of a disorderly man around 6:35 p.m.

According to the release, the man approached law enforcement officers who noticed he had a gun in his waistband.

DPD says the man was ordered to put his hands up and not reach for the gun, however, he did not obey orders and reached for the gun, resulting in a shooting with officers.

The man was transported by Beaverhead Emergency Medical Services to a medical facility in Missoula.

No officers were injured.

A Dillion police officer has been put on administrative leave as standard policy.

The Montana Department of Justice’s Division of Criminal Investigation was requested to conduct an independent investigation of the incident a release from the Dillon Police Department says. The results of their investigation will be turned over to the Beaverhead County Attorney for review.

Additional information will be released as it becomes available.