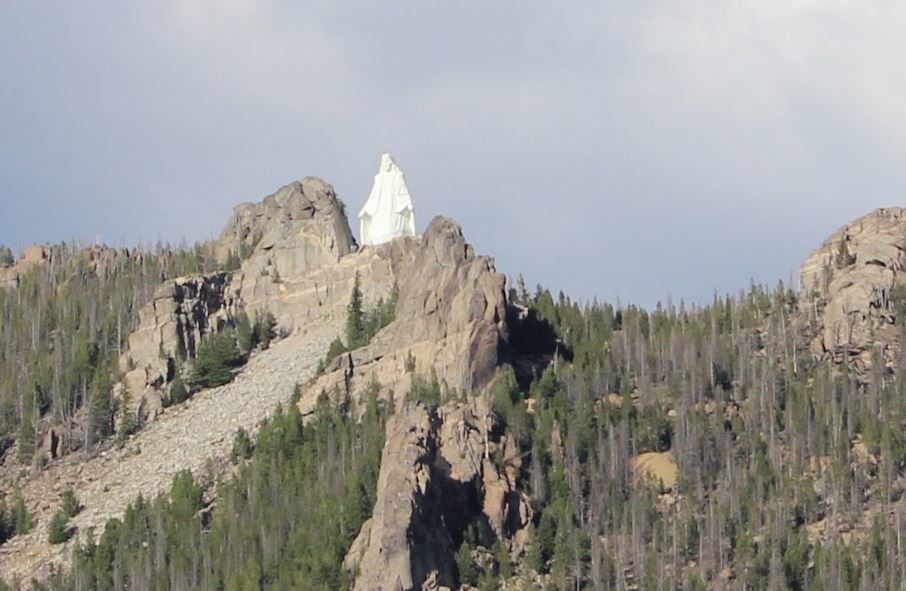 BUTTE- When a Butte man's wife was diagnosed with cancer in the late 1970s, he made a promise that serves as a southwest Montana icon today.

Our Lady of the Rockies is this week's Montana Treasure.

In the late 1970s, Bob O'Bill, an electrician for the Anaconda Electric Company, was distraught when his wife, Joyce, was diagnosed with cancer. He vowed if Joyce survived, he would build a statue of the Virgin Mary. The plan grew more ambitious until he eventually decided it should be an enormous statue placed right on private land on the Continental Divide overlooking Butte.

Against many obstacles, and with a lot of help from the Butte community, he delivered on that promise.

"He made the promise and he was determined to keep it and the proof is up on the mountain," said Al Beavis, who helped create the statue.

Al said, "While [Bill] was praying, he wasn't getting any answers he didn't think, so maybe he thought maybe I have to do something else."

Bob had a vision, so he recruited Al Beavis and Mike Cerise to make that vision a reality. Bob wanted to build a six mile road up to Continental Divide to place the statue up on difficult terrain.

Al says the tasked seemed impossible. He thought Bob would move on, but Bob kept pushing. The men had very little supplies, money and man power, so they had to rely on the goodwill of the Butte community.

"We had a lot of backing. They donated the dozer, patrol so we could start the road and put the road in. When we needed fuel, fuel was donated," Cerise said.

For roughly three years the men worked seven days a week to construct the six-mile road up the Continental Divide. Beavis said they had to use a bulldozer to move boulders the size of tables to get the road in, complete with nearly 12 switchbacks.

While half a dozen men built the road, a few more were busy building the statue. All the work was completed by volunteers doing jobs they had never done, all to help one man keep a promise.

A sky crane brought the 60-ton statue up the mountain in pieces. Then on Dec. 20, 1985 at 4:07 PM, six years after Bob made the promise the lights were switched on, the project was complete.

"We set the statue down and everyone was joyful and cheering, it was quite a feat," Al Cerise said.

Bob passed away in 2016, but the woman he made the promise for, his wife Joyce, overcame cancer and is still alive today.

Four decades later, the statue still stands at about 8,000 feet above sea level. It's the fourth-tallest statue in the nation.

A Women's Memorial Chapel was completed a few hundred yards from the statue in 1999. Around 5,000 people take tours to the statue each summer.

In the coming years, the Our Lady of the Rockies Foundation is hoping to build a tram to take visitors up to the statue in a matter of minutes.