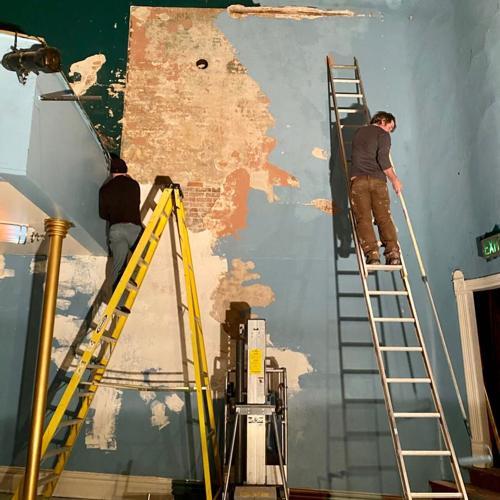 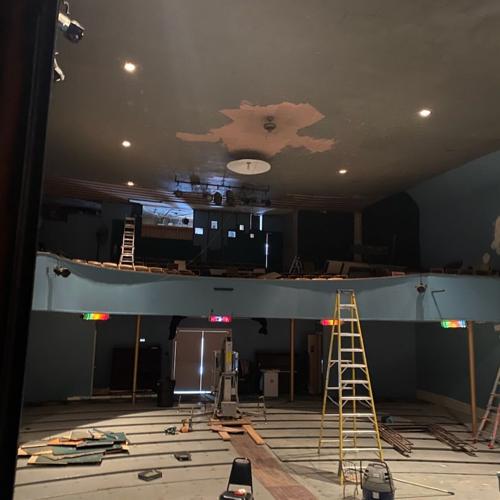 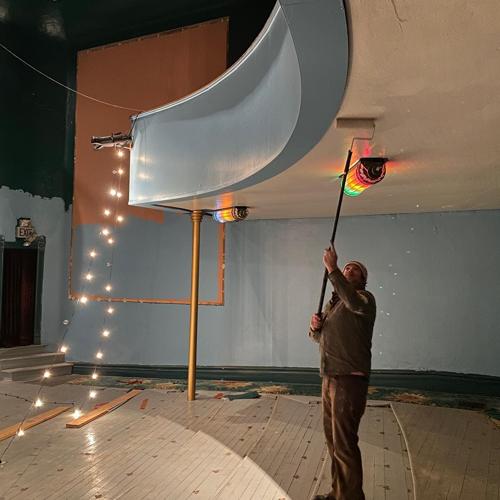 The Historic Theatre in Philipsburg Montana is getting a facelift after they had to close their doors last March. Organizers hope to reopen soon.

The Philipsburg Theatre is the oldest operating theater in Montana. Now community members are working together to bring some new life into this old space.

When asked, everyone in Philipsburg could tell you a special memory of this theatre.

"My favorite memory of this is of my grandson he has been coming to this theater since he was 3-years-old, he's never missed a live play, ever," Phillipsburg Theater Non-Profit Board President, Cathy Smith said.

"As a performer who has traveled the world and sang in a lot of different spaces, this place is acoustically perfect," Performer and Board Secretary Sally Newsome Ladd said.

"This theater is really one of the shining examples of our town's heritage," Board Member Steve Immenschuh said.

While COVID has put all performances on pause, the Theatre Board has taken this opportunity to upgrade the space, while still holding onto that heritage.

"With this new board and with all these volunteers who are working like crazy we are making some progress," Smith said

New paint, new lights, a new sound system, and refurbishing the chairs is just the beginning.

"Its really fun to dream," Newsome Ladd said, "We could have a bar up here and a dumb waiter to bring up food to have a private dinning area."

The board is working very hard to keep the historic charm of the building while also making some needed updates.

"We are so lucky to have Professor Michael Monsos from the University of Montana on our board because he is a leading expert on historical theatres and he is helping us try to bring it back to the historical greatness it once was," Smith said.

Not only do they want to restore the theatre to its former glory they also want to create a space the whole community, and more, can enjoy.

"What do we gotta do to be a community theater, is to be a space where we invite the locals and the regional folks in, and then, folks will be coming from afar as well," Newsome Ladd said.

"Arts bring so much to a community and this theatre can be the center piece for a lot of artistic endeavors for Philipsburg," Immenschuh said.

Making a space for theater, music, movies and more. With big plans and even bigger dreams the board still has a lot of work ahead of them.

"We haven't gotten any grants yet but we are trying with the limited funds that we have to try and get ready." Smith said. "We are very hopeful that we will be very busy this summer."

A lofty goal they hope to reach with your help. Donations for the restoration project can be made online through the Philipsburg Theatre's website. You can follow along with their progress on both Facebook and Instagram.

Under their new ownership the theatre was given a 35-year lease, allowing them to comfortably plan for their future.

"Now we can think ahead and think about the generations to come and for us that is a game changer because it not just a short term thing so we feel that excitement and we can really ground ourselves here," Newsome Ladd said.

The theatre plans to hold their grand re-opening in the early summer of 2021.