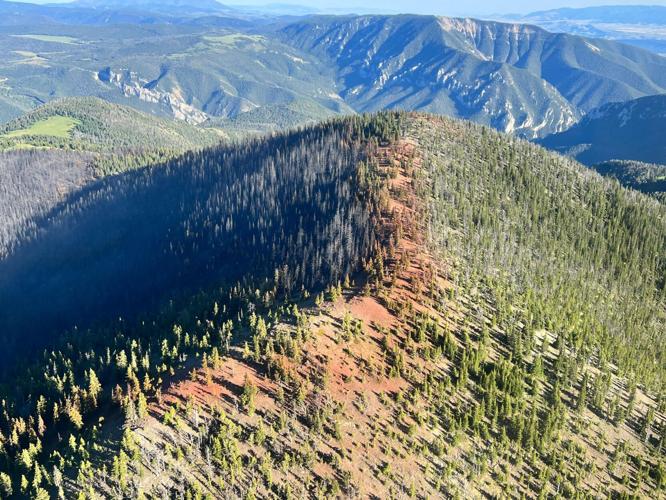 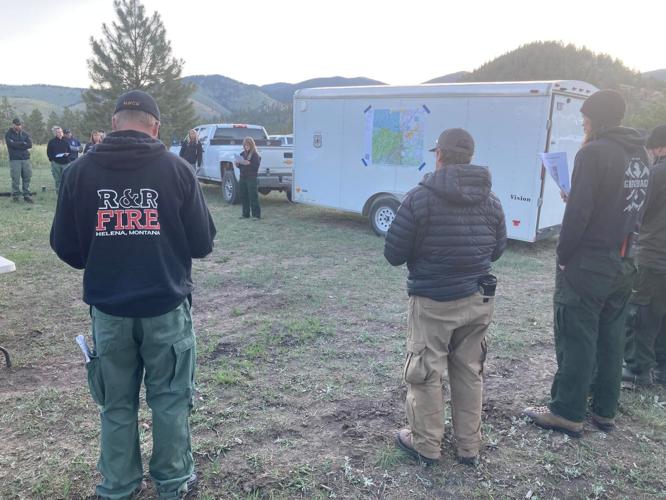 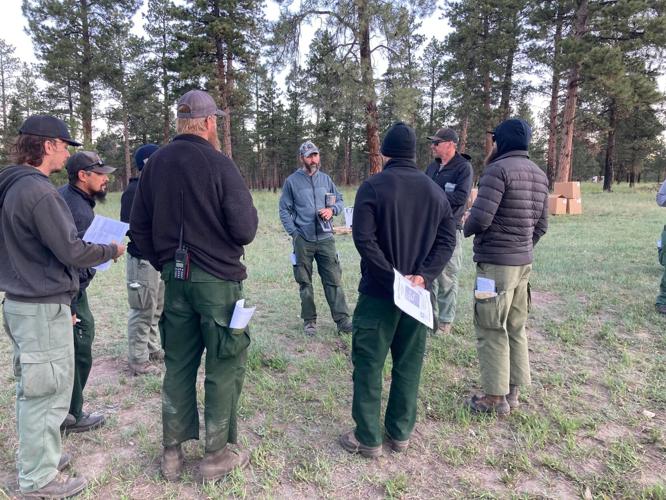 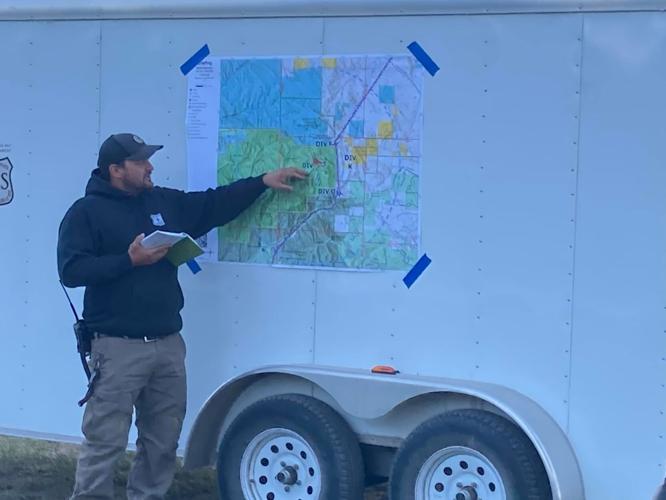 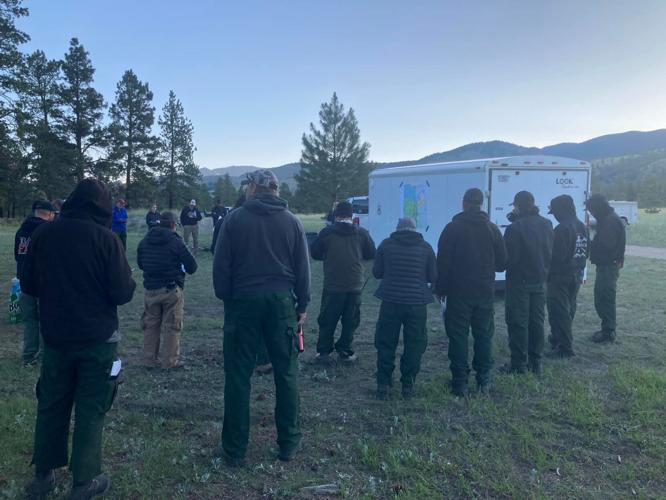 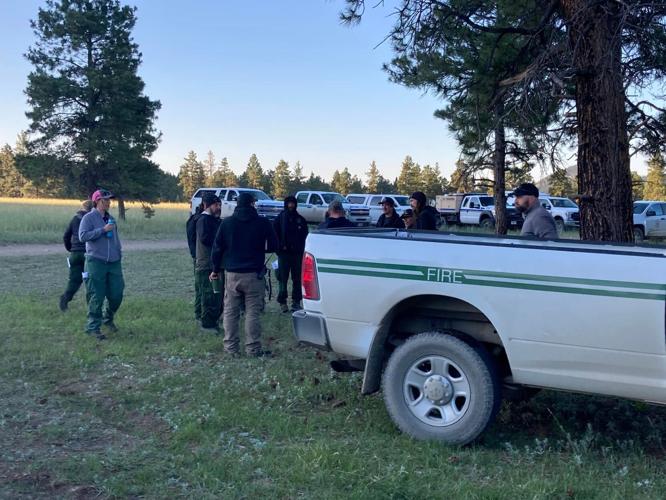 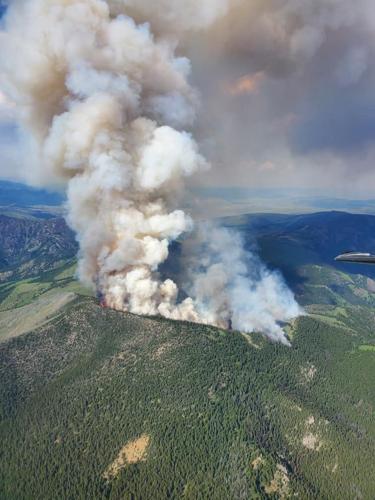 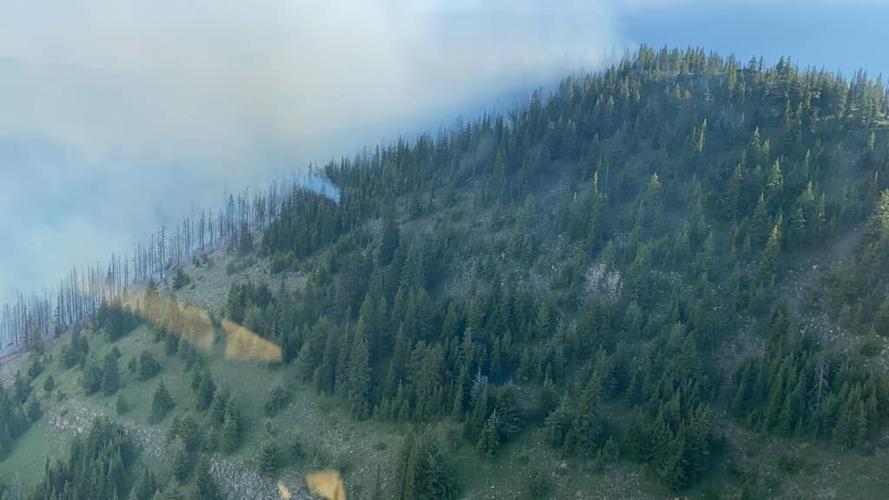 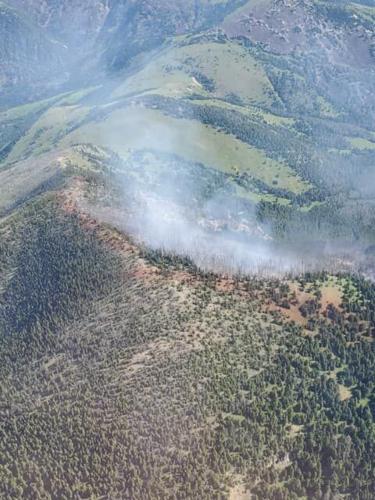 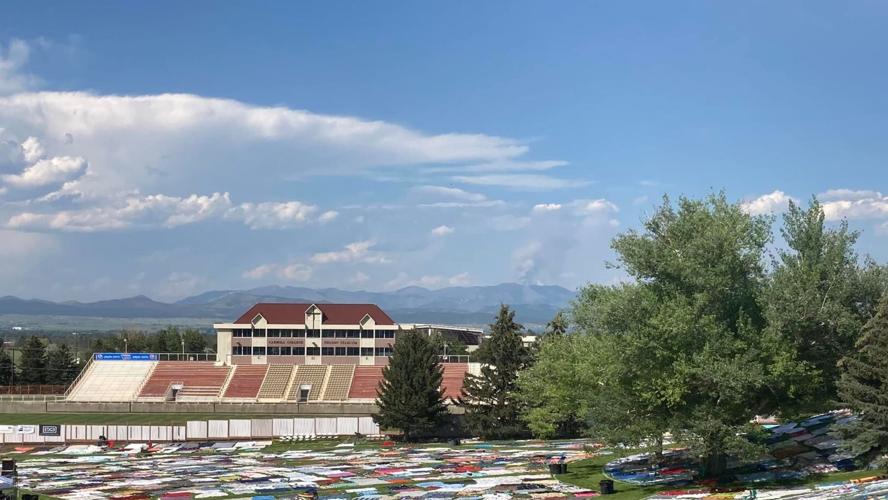 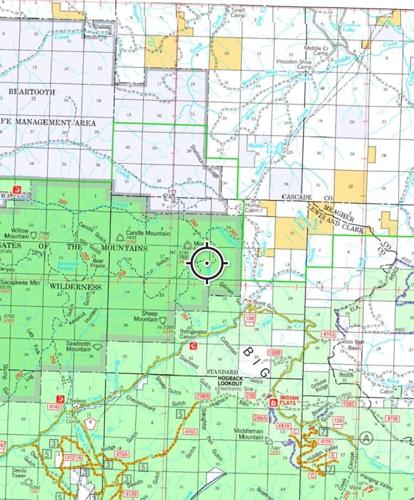 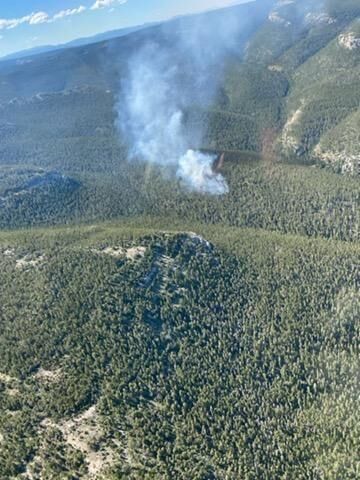 Containment on the Moors Mountain Fire has grown to 25% as of Friday morning.

An update from the Helena-Lewis and Clark National Forest says crews will continue constructing and strengthening handlines along the fire's perimeter and mopping up to eliminate any remaining heat along the fire's edge.

Multiple hot stops were located by the Grayback Forestry crew Thursday around 300 feet outside the perimeter of the fire. Crews extinguished the fires to avoid any growth.

People are asked to keep in mind that, despite being no obvious flames or smoke columns from the fire, hundreds of firefighters and support personnel are still working in and around the Helena National Forest.

If you’re planning a trip to the Gates of the Mountains Wilderness, a closure is still in effect around the fire area. You can find the closure order online here.

The Moors Mountain Fire is 94 acres large as of Thursday morning, and crews are continuing to work towards containment.

The Pike Hotshots and two Grayback Forestry handcrews were able to complete a saw line along the northern perimeter of the fire by trimming and removing vegetation Wednesday.

On Thursday, crews will begin constructing a handline that will follow the saw line, the Helena-Lewis and Clark National Forest said.

Along the fire’s southern edge, the Helena Regulars handcrew will continue mop-up operations to remove any head remaining along the control lines established by the Missoula Smokejumpers during the initial attack.

Work to establish and strengthen these lines ahead of potential gusty winds will continue.

Crews are measuring the Moors Mountain Fire, burning in the Helena-Lewis and Clark National Forest, at 89 acres from 150 acres previously.

The Helena-Lewis and Clark National Forest said in a Facebook post, "Crews will continue work to scout opportunities for direct and indirect line from Moors Mountain ridge northeast towards Hump Cabin. They will also prep holding lines and scout Dry Gulch Road for control line opportunities. Their goal is to continue to the hold fire west of private infrastructure and jurisdiction."

An inbreeding of a Type III team will take place for the Moors Mountain Fire at 12:00 pm Sunday.

People are asked to avoid the Refrigerator Canon Trail as a closure order is forthcoming.

Smoke jumpers are responding with aerial support to a fire in the Gates of the Mountain Wilderness.

The fire has been named the Moors Mountain Fire and has grown to 115 acres according to InciWeb as of Saturday night. Montana Fire Info reports the fire is 100% contained as of Sunday morning.

A long-term strategy to fight the fire will be developed Sunday morning.

Smoke from the fire is visible from Helena and White Sulphur Springs.

Smoke seen from the Gates of the Mountains Wilderness has been determined to be from a fire around 20 acres large.

The fire is currently burning near Moors Mountain in Gates of the Mountains Wilderness.

The Helena-Lewis and Clark National Forest says they are currently assembling resources to respond.

Smoke from the fire is visible in Helena.

The Helena-Lewis and Clark National Forest reports a column of smoke is visible in Helena from the Gates of the Mountains Wilderness northeast of Helena.

Crews are responding at this time.

We will provide an update when more information is available.

Fire personnel were successful at lining a fire perimeter Thursday, and the Jellison Fire is now 40% contained, the Helena-Lewis and Clark National Forest reported Friday.

Crews will continue to secure the line to grow containment, and a storm is anticipated over the fire area Friday afternoon.

The O'Brien Fire, about three miles north of Showdown Mountain has been contained at a quarter of an acre large.

Around 30 fire personnel will continue to use direct suppression tactics to continue to build a line around the Mizpah Fire which is about three miles southwest of Showdown Mountain.

The fire, burning in the east end of the Little Belt Mountains, is still 5 acres in size, according to Helena-Lewis and Clark National Forest (HLCNF) via Facebook.

HLCNF said the fire is 10% contained as of Wednesday, and they said crews hope to have a fire line finished by the end of the workday Friday.

The fire, burning about three miles north of Showdown Mountain to the west of Highway 89, is about a quarter of an acre in size.

Fire crews are working at the fire at this time. They will begin line reinforcement and mopping up.

The fire, burning about three miles southwest of Showdown Mountain, is an estimated 1-acre big.

"Forest Helicopter 0HQ will be shuttling crew to fire and helping out with logistics needs. A Custer-Gallatin Type 2 initial attack crew will be arriving mid-day to help out on the fire and with any additional initial attack needs," HNCLNF said.

HLCNF is reminding people to be careful when doing activities that can ignite fires in order to prevent them from happening.

HARLOWTON, Mont. - Crews are on the scene of a wildfire about one and a half miles north of Jellison Place Campground in the east end of the Little Belts.

According to InciWeb, the Jellison Fire is 15 acres large and was reported on July 12 and is burning in steep, hard-to-access terrain.

As of the morning of July 13, three engine crews, two Type 1 helicopters, one type 3 helicopter and a 20-person hand crew are responding.

The cause of the fire is currently unknown.