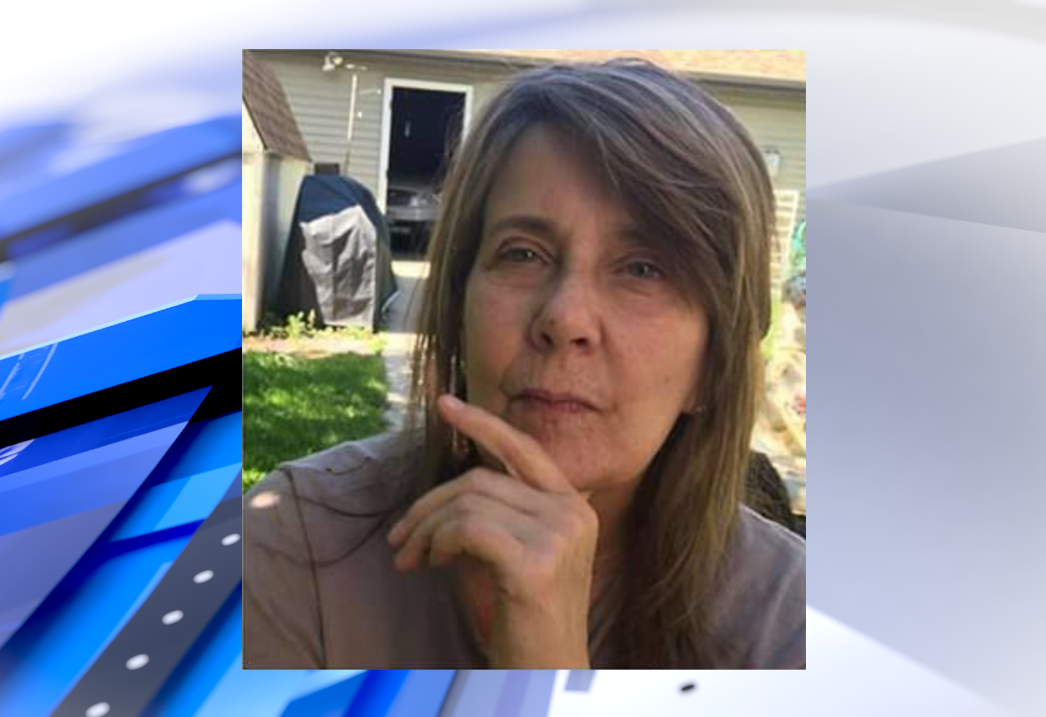 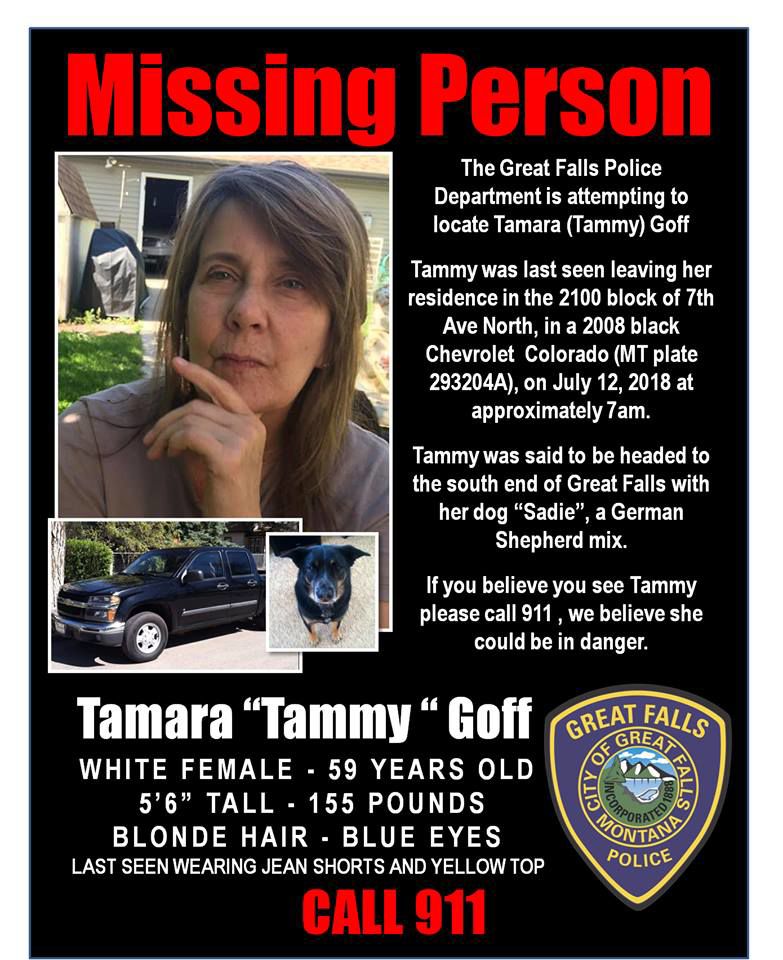 We finally found Tammy. After almost three years of searching the river, searching country roads, searching everywhere, Tammy was right where her best friend, Sadie, our German Shepard rescue dog, was trying to tell us she was at.

It is a very bittersweet time. There is a tremendous sense of relief but also deep sadness now knowing that Tammy is indeed gone forever. Our family can at least lay her to rest and begin to heal.

We would like to thank members of the local law enforcement, the local media for helping to get the message out, the many volunteers which donated time and effort and the landowners which granted access for our searches. We do indeed live in a very caring community. Thank you all very much.

GREAT FALLS, Mont. - The body discovered inside Tammy Goff's truck in the Missouri River on May 14 has been identified.

The body is identified as Tammy Goff, according to Cascade County Sheriff Jesse Slaughter.

The medical examiner determined that drowning is the cause of death, and the manner of death is undetermined.

GREAT FALLS, Mont. - On Friday we told you about a vehicle found in the river linked to Tammy Goff who has been missing since 2018.

Saturday we reached out to Tammy's husband, Bob Goff, and he sent us this statement:

"Finding Tammy's truck yesterday has been a huge milestone. We do not have confirmation yet of the occupant. Many other questions still remain. We appreciate all the support and prayers of the community over these last 148 weeks since tammy went missing. The sheriff's office, the great falls police, the landowners who allowed us access to their property and many individuals who donated time and effort all were extremely important with the search. Thank you."

Her husband, Bob Goff, told police she was headed to the south end of Great Falls with her dog, Sadie.

Now nearly three years later a group called Adventures With Purpose has brought some closure to the Goff family.

They were able to locate Tammy's truck along with human remains in the river just off Wilson Bute road Friday afternoon.

Adventures with Purpose said they couldn't let go of the clue of Sadie.

"We heard stories about animals and how they’ll stay in a certain place, where they’ve last seen their owner where something tragic had happened so we knew that we couldn’t dismiss that," Sam with Adventures With Purpose.

The group worked with local law enforcement to get the vehicle out of the river.

"Late last night we were able to confirm that the VIN number matched that the vehicle found in the Missouri river was indeed the Goff’s vehicle and was the same vehicle described as the vehicle that was tammy Goff was driving when she went missing," said Cascade County Sheriff Jesse Slaughter.

The body, which has yet to be officially identified as Tammy Goff, was found in the truck and Sheriff Slaughter said he hopes to have an official ID for the body by Monday however, it could take longer.

Adventures With Purpose say they are positive it was Tammy.

Search for Tammy Goff appears to be over

GREAT FALLS, Mont. - Nearly three years after Tammy Goff went missing from Great Falls, her truck was found in the Missouri River with an unid…