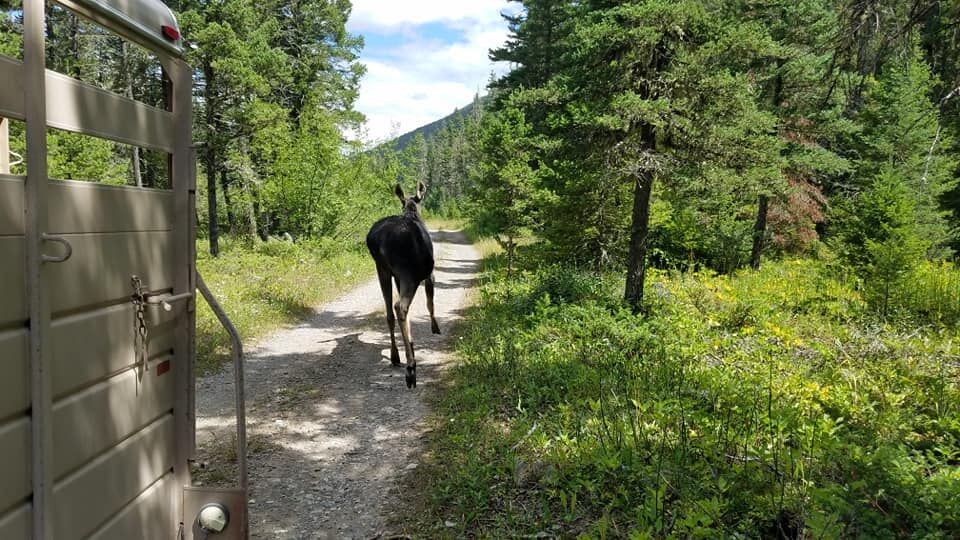 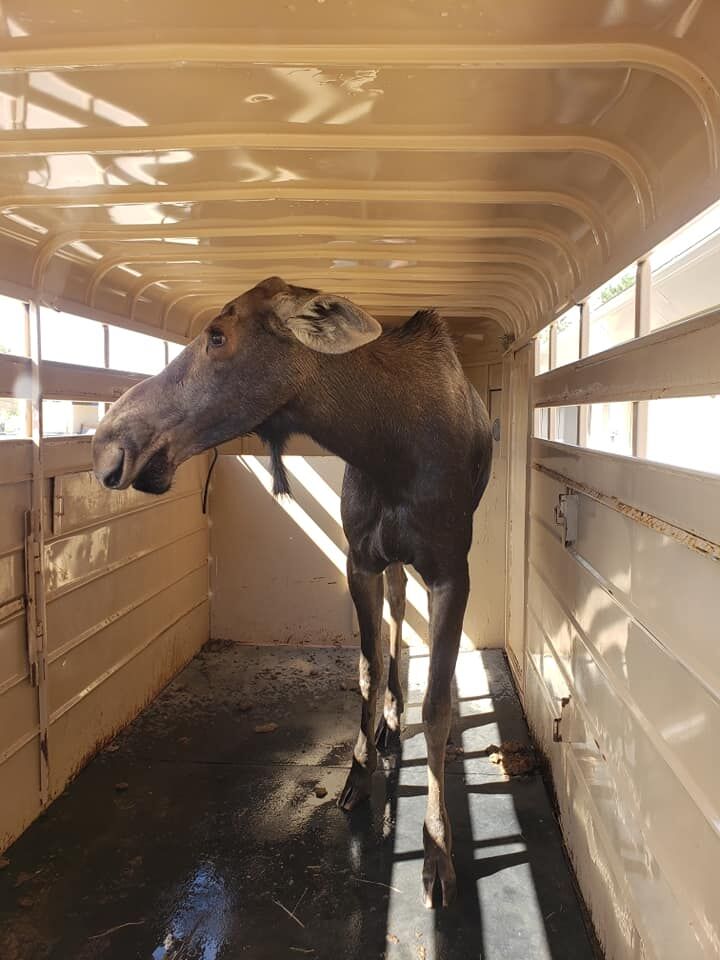 GREAT FALLS - Authorities released the wandering moose in the Little Belt Mountains and "is doing well," according to an update from Montana Fish, Wildlife and Parks Region 4 via Facebook.

GREAT FALLS- A wandering moose had a portion of the road near the River’s Edge Trail closed Sunday.

The moose was first seen at 7:05 am by the CTA Grain Elevator around 20th and River Drive North before being seen again around Great Falls High around 7:45 am according to Great Falls Police.

It ended up in the city and was seen on 26th Street and 1st Avenue North.

Police were able to push the moose to the river, where Fish and Game came to retrieve it.

Fish and Game were able to successfully capture the moose and load it into a horse trailer. GFPD tells us the moose survived and according to KMON, it was tranquilized, and will be taken back to the mountains to be released into the Highwood area.

Once the moose was secured, the road was reopened. GFPD is reporting there was no property damage.

GFPD tells us they had to block the road off by the River’s Edge Trail because they did not want it to head up the main road into traffic.