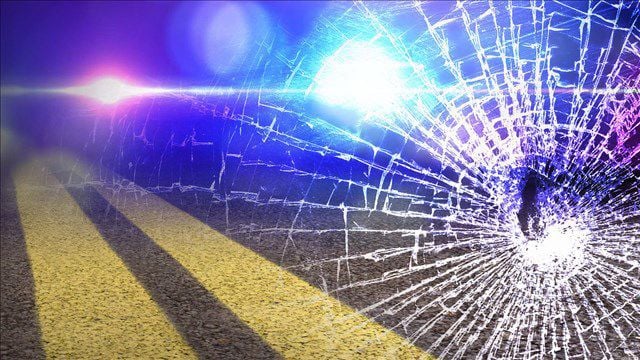 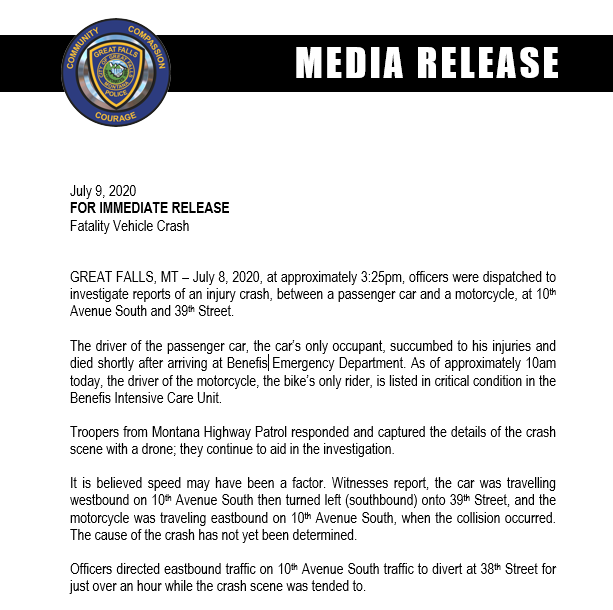 GREAT FALLS - UPDATE: According to Cascade County Sheriff Jesse Slaughter, the person who was killed on July 8 in the motorcycle vs. car accident on 10th Ave South and 39th Street has been identified as 72-year-old Jess Curtiss of Great Falls.

GREAT FALLS - What was first reported to police as two deaths in a major vehicle accident this afternoon, has turned into one person dead and another fighting for their life.

At about 3:25 pm Wednesday, Great Falls Police Department Officers were dispatched to a report of an injury crash at 10th Avenue South and 39th Street.

GFPD posted about the incident on their Facebook, saying all eastbound lanes were shut down at the time from 38th Street to 40th Street.

The Great Falls Police Department says speed may have been a factor in the incident, and the cause of the crash has not yet been determined.

Both were sent to Benefis, and the driver of the car has died, however, the motorcyclist is still alive with life-threatening injuries at Benefis as of Thursday morning.

Great Falls Police Department Lieutenant Doug Otto says no one else was involved in the accident.