Skip to main content
You are the owner of this article.
Edit Article Add New Article
You have permission to edit this article.
Edit
Welcome, Guest
Home
News
Election Headquarters
Weather
SWX Sports
Nonstop News
Wake Up Montana
Featured
Contests
Toys for Tots
Skilled2Work
Connect
Vote For Student of the Year
1 of 6 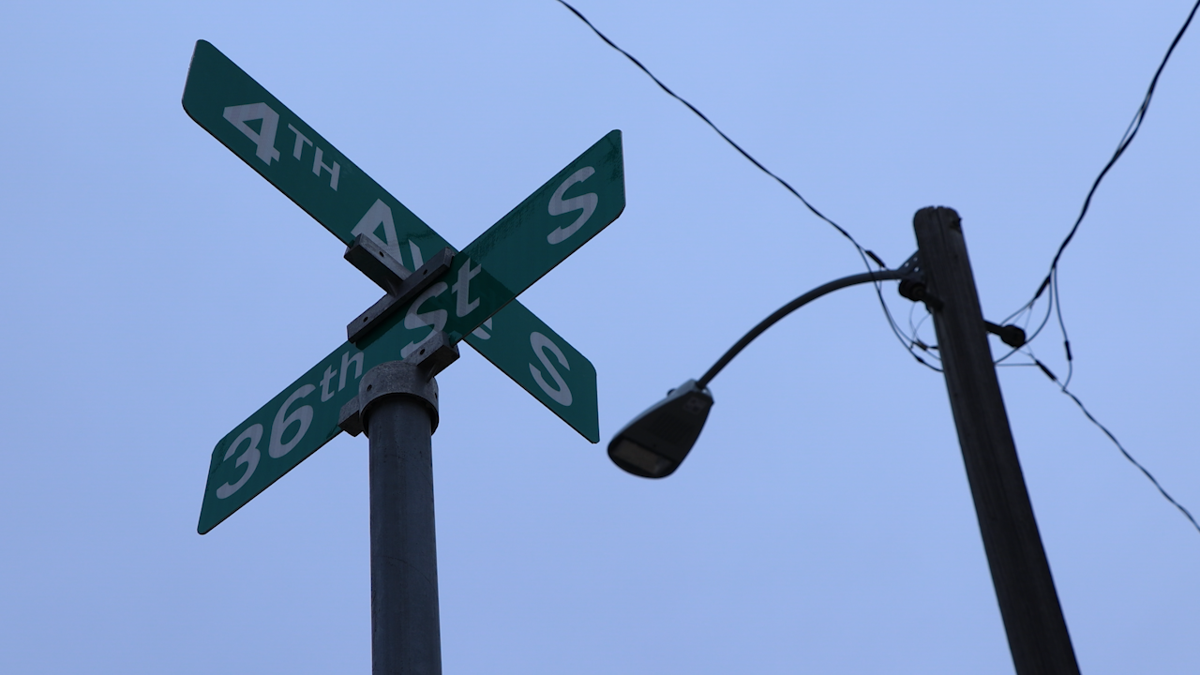 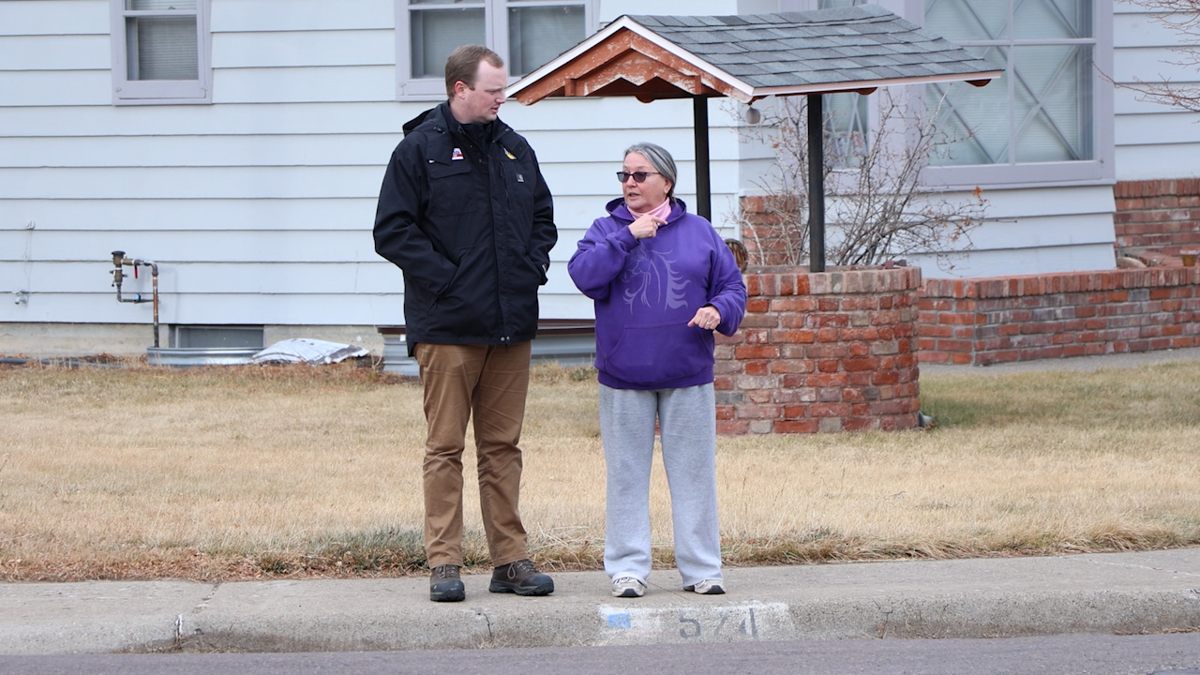 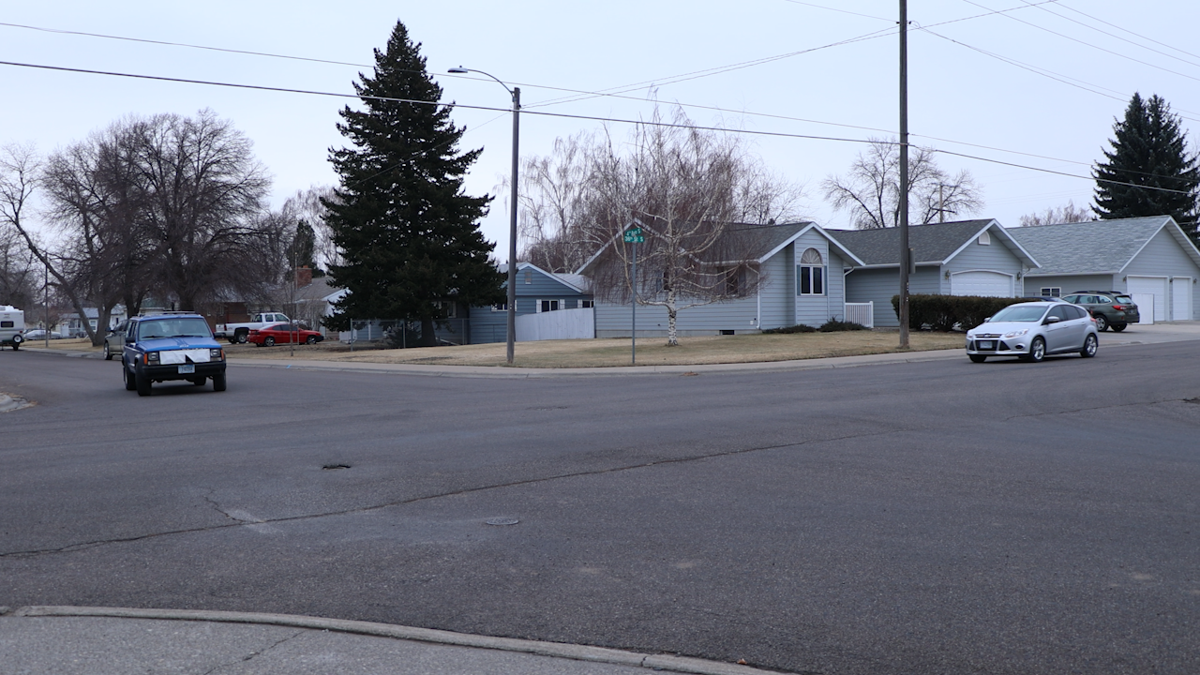 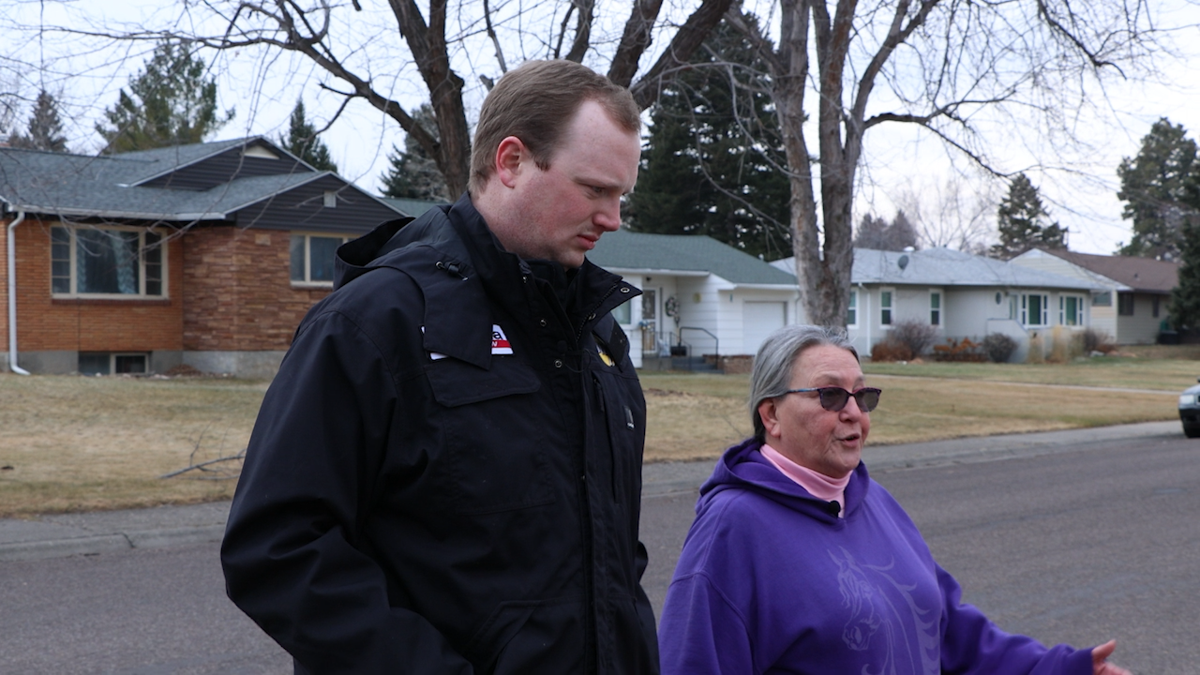 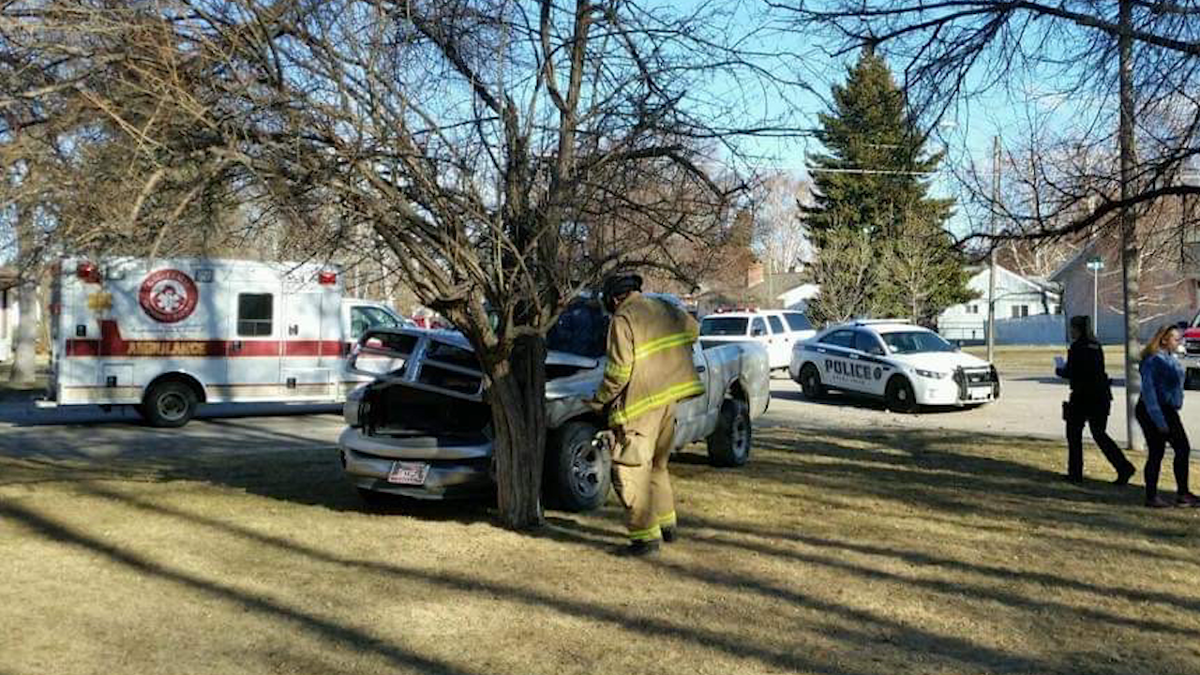 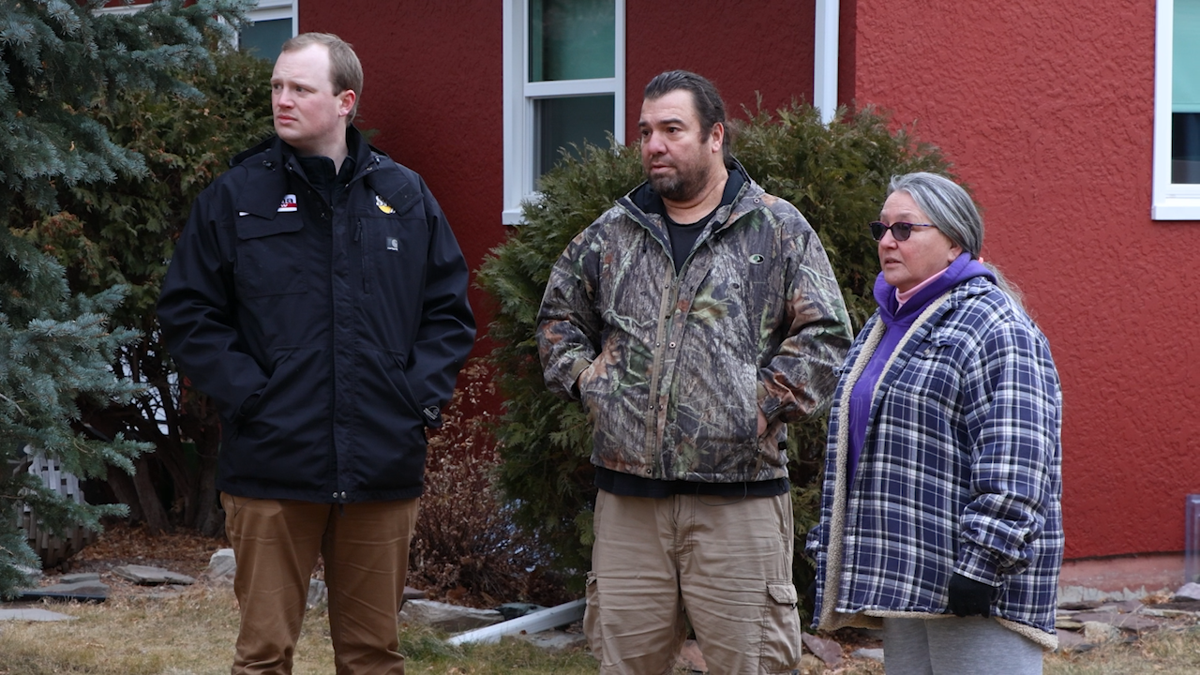 According to Susan Watson, there is a moment when your life flashes before your eyes.

“I heard it. Within seconds.” Watson says. “I had the window blind up, and the truck was coming right at me. But then I couldn’t move.”

For the resident of Great Falls, the incident was over in five seconds. Watson was a self-described “deer in the headlights”.

“It sounds like a small bomb going off in your yard, right next to your bedroom, and I’m standing in the window going, I’m going to get run over in my house.” Watson says.

On November 1, 2021, two cars slammed together in the intersection of 36th St. and 4th Ave. One spun out in the street. The other ricocheted like a bottle rocket. The still visible tire tracks coming to rest just mere feet from Watson’s bedroom.

Watson’s next door neighbor, Charlie Cortez, has his own horrific story, from a different crash three years earlier.

“The tire went up into the plant, and he was literally… the front of his car was here.” Cortez says, showing the car resting within feet of his home. The father of three tells me in 2018, this very same intersection brought a vehicle right to his doorstep.

The notorious intersection in unmarked. No stop signs, no yield signs. The speed limit? 25 miles per hour. But neighbors tell me they regularly sese cars going twice that, calling 36th St. a “speedway”.

Within a ten block radius, the intersection is near two elementary schools, a middle school, as well as the Montana School for the Deaf and Blind.

“My concern is for the kids that are coming home from school.” Watson says. “Our neighbors that are out walking – the elderly folks. If I can make the neighborhood safer, I would love to. I would love to make my yard safer.”

According to the Great Falls Police Department, this intersection has seen six serious injury crashes, four of them happening in the last seven years. After the crash into the Cortez’ home in 2018, the Great Falls Public Works Department did a traffic study. The department usually only does a dozen or so of these studies every year. They put a camera on the intersection, and put down counter strips to measure the number of cars and speed. Their findings? Minor changes, but otherwise safe.

“We did note during that traffic study, there was some potential for some vision, or obstructions and those vision and obstructions have since been removed” says Great Falls Public Works Director Paul Skubinna.

Skubinna says when it comes to making changes to streets or roads, the department adheres to the MUTCD, or the Manual on Uniform Traffic Control Devices. This is the federal guidelines for traffic and safety within cities nationwide.

After hearing about the crash that almost his Susan in her home, I called Skubinna to tell him about the accident. After my call, a week later, he triggered a new traffic study, on the same intersection that was studied in 2018.

“We're analyzing the data.” Skubinna says. “And as you guys observed earlier, we're taking a look at the corridor and, um, and we are setting out some, uh, traffic cameras today on 36th and sixth avenue south.”

That’s right, while we were out with Susan in the neighborhood, we ran into workers putting up a camera on 36th St. and 6th Ave, just two blocks south.

So now the whole neighborhood awaits the results of the study, hoping the numbers will trigger change.

“My word to them is if we don't do something now someone's gonna get killed in one of these intersections.” Watson says. “Then what are you gonna do? Okay. It's too late. And, and it's too late. And you can't say that you haven't been warned, you haven't been asked, um, that you haven't heard from concerned folks from the neighborhood because you have, and so, um, yeah. If they choose to do nothing, I will be very disappointed.”

Now over the next two weeks, the results of that traffic study conducted by the public works department should be made available. We will bring you those numbers, and full reaction from both the city, and the neighborhood, regardless of what they show.

And if  you have a problem that needs a solution, I want to hear about it. You could be the next Help Me Ben Story. Visit here to submit your story idea.