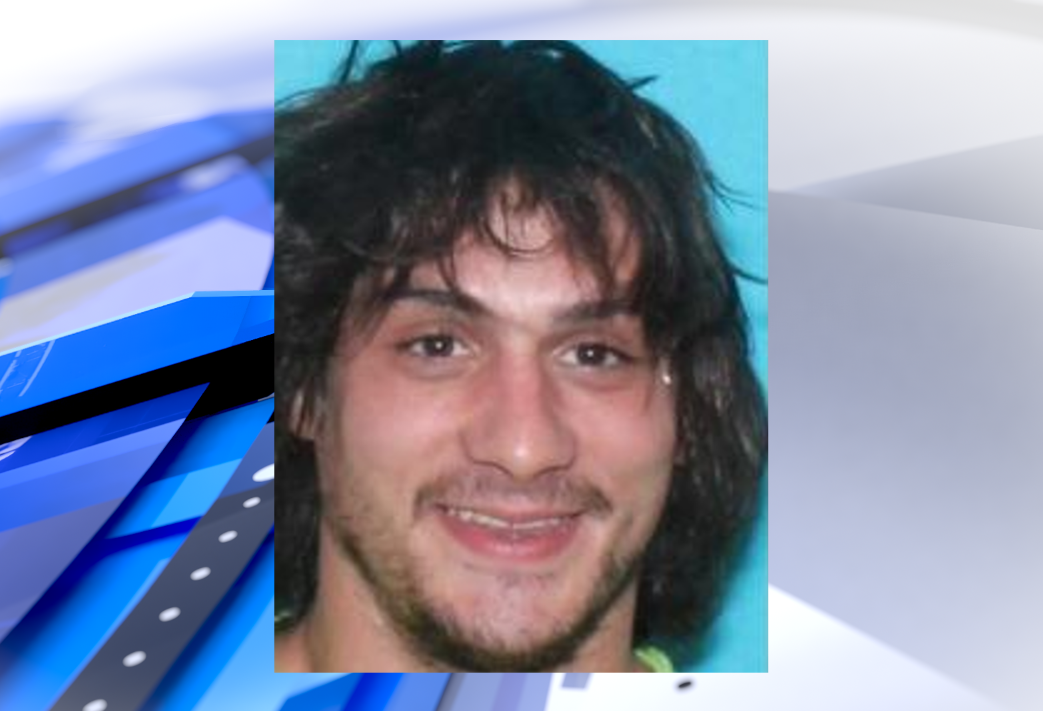 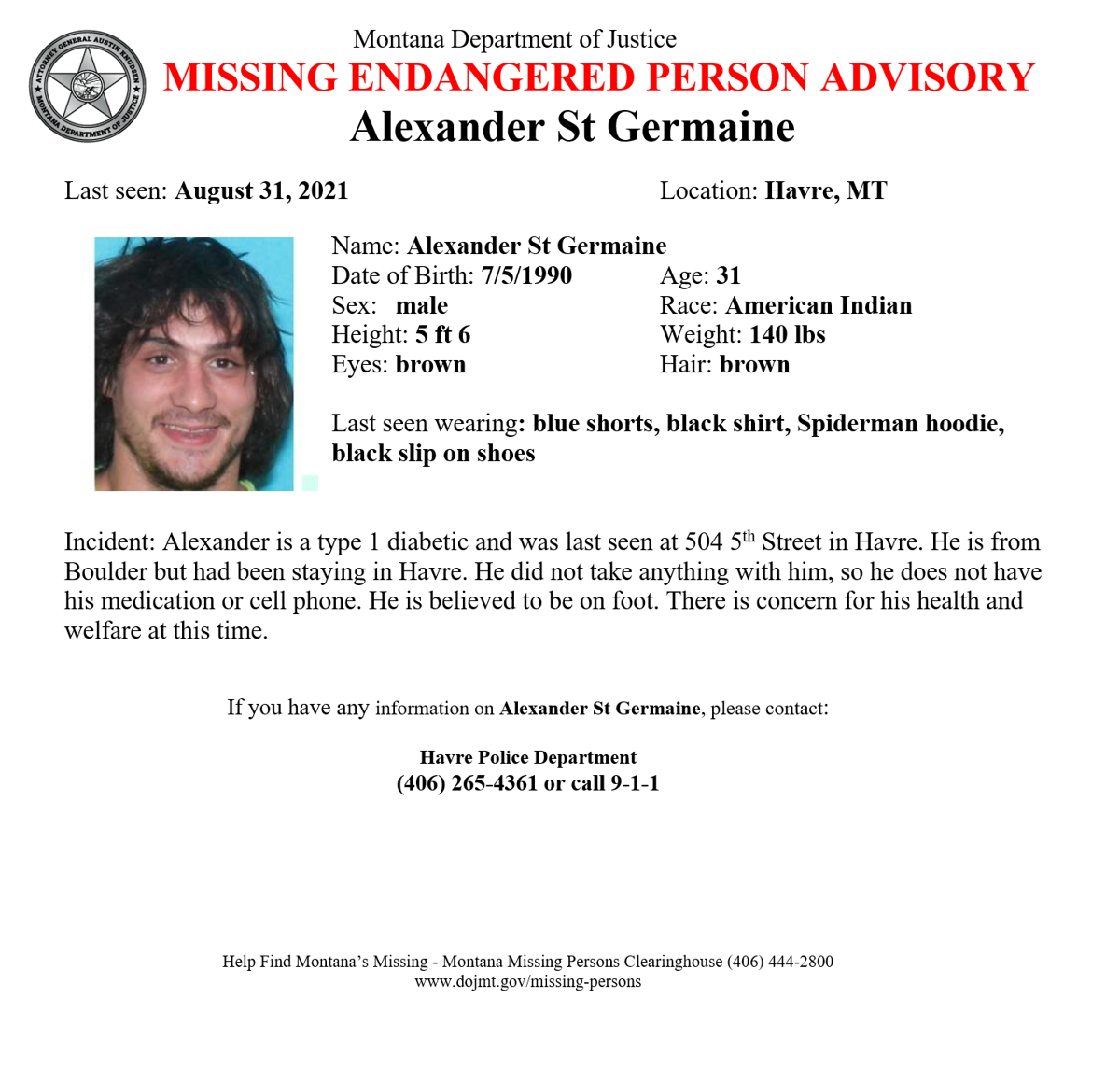 The Havre Police Department has found Alexander St. Germaine dead Tuesday in Havre, according to a Facebook post from HPD.

The investigation is ongoing.

We will update with more information as it becomes available.

The MEPA for Alexander St Germaine has expired, however, he is still missing.

If you have any information on Alexander's whereabouts you are asked to call the Havre Police Department at 406-265-4361 or dial 911.

HAVRE, Mont. - A 31-year-old man has been reported missing by the Havre Police Department.

He was last seen at 504 5th Street in Havre wearing blue shorts, a black shirt, a Spider-man hoodie and black slip-on shoes.

According to the Missing Endangered Person Advisory, Alexander is a type 1 diabetic.

Alexander is from Boulder, but had been staying in Havre and did not take anything with him when he left, so he does not have his medication or cell phone.

It is believed he is on foot and there is a concern for his health and welfare at this time.