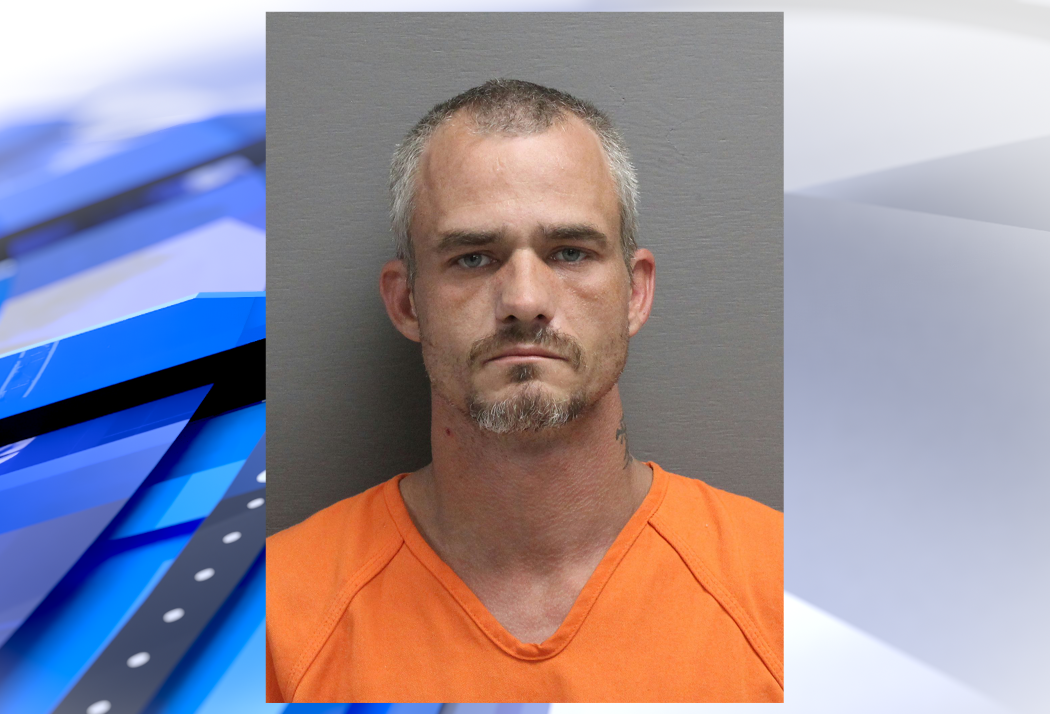 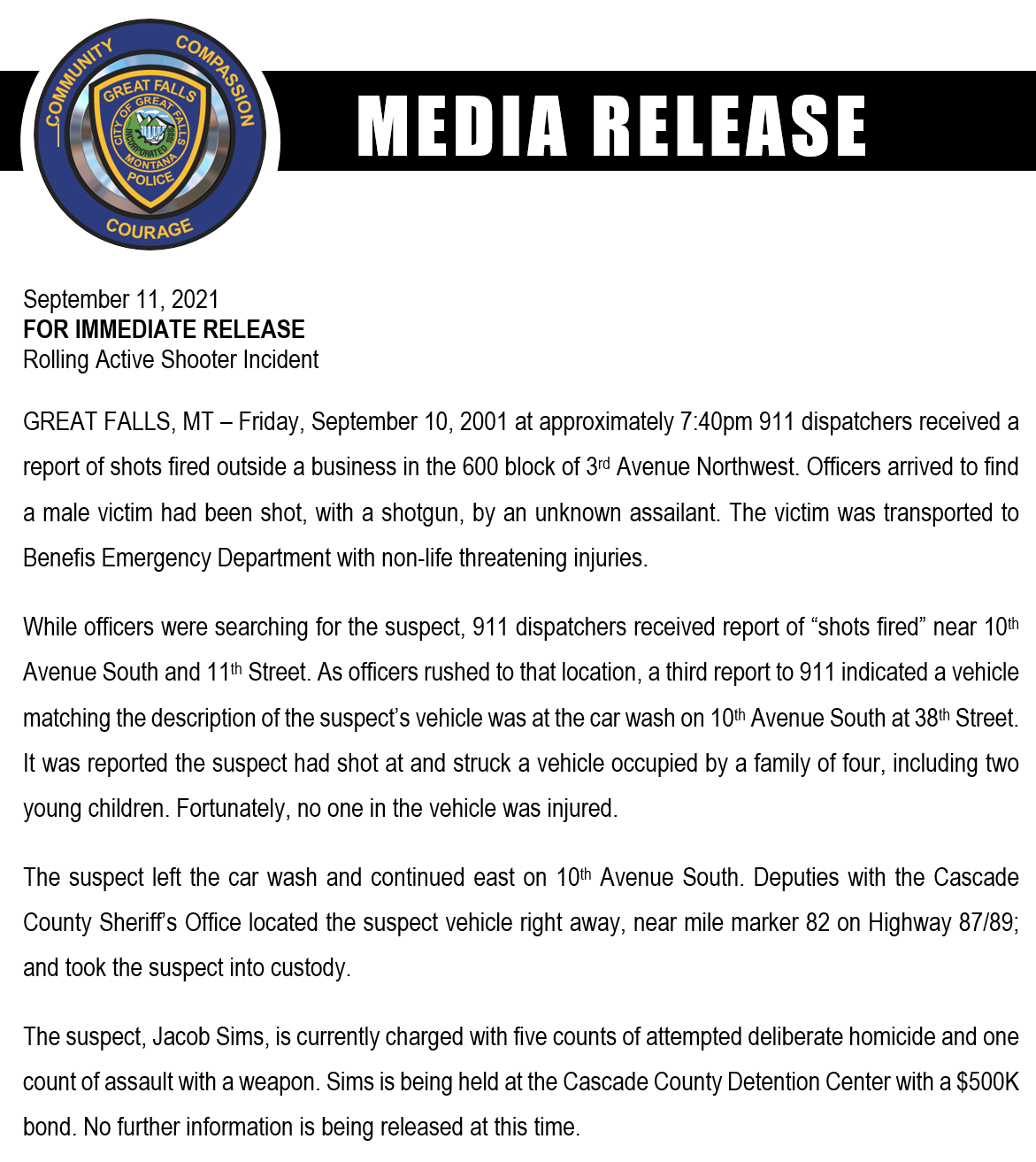 GREAT FALLS, Mont. -A report of shots fired outside of a business on 3rd Ave. northwest Friday led to a man being charged with five counts of attempted deliberate homicide.

Court documents say a call was received by dispatch around 7:42 pm of a man being shot in a parking lot with an unknown suspect at the Alumni Club.

When an officer arrived, he saw the victim with a gunshot wound lying on the ground. The victim was transported to the hospital for treatment of his injuries.

Bystanders at the scene could not provide additional information, and the suspect reportedly left in a vehicle described as a Ford pickup with stickers on the back in an unknown direction before law enforcement arrived.

Shortly after, dispatch advised a vehicle went through the barrier at 1st Ave. north and River Dr. north, and a volunteer at the barricade had to move out of the way to avoid being struck.

It was reported that the truck then continued on River Dr. towards the Big River Ruckus festival.

The officer left to the location of the barrier, and while checking the area for the suspect vehicle, dispatch advised of an additional altercation.

This altercation involved a firearm around 10th Ave. south and 13th St. south.

Believing the events were connected, the officer then left for the 10th Ave. south location.

While en route, dispatch advised that another vehicle had been shot at 35th St. south and 10th Ave. south, at the City Car Wash.

It was advised that the suspect vehicle was eastbound on 10th Ave south and that the victim vehicle had pulled into the Walmart.

The officer went to the Walmart and spoke to a group of people who were all riding in the vehicle when the suspect fired at it.

Documents say one woman was clearly distraught and was sitting next to the vehicle crying while speaking on the phone with a family member.

The vehicle had damage to the windshield with pellet lodged in the glass, and the woman on the ground said she had glass in her mouth from the windshield.

Two of the vehicle’s passengers told the officer they saw the driver of the suspect vehicle, a white man with a scruffy beard, point a firearm at an unknown man at the south side of the car wash.

The man then reportedly shot their vehicle’s windshield and fled eastbound on 10th Ave. south.

A phone was found near the truck that was seized to determine if it contained GPS data or any other information of the evening’s events.

A search warrant will be sought for the phone once the information on it is obtained court documents say.

During an interview with the suspect, identified as Jacob Sims, he admitted to shooting the man at the Alumni Club because he believed the man had stolen his gun in the past.

Documents note the story was not consistent with the victim’s injuries, as he was shot mid-thigh and in the hand. In addition, the victim did not have any weapons when officers arrived.

Sims also admitted to shooting another individual around 13th St. and 10th Ave. south, saying that he was at the car wash and his temper got the best of him and he shot the windshield of another car.

After that Sims fled the city at high speeds heading towards Belt before eventually pulling off and being found by Cascade County Sheriff’s Deputies. Officers at the scene saw a shotgun and a rifle sitting in the truck.

Sims was taken into custody without further incident.

Jacob Sims has been charged with five counts of attempted deliberate homicide and one count of assault with a weapon.

Sims is being held at the Cascade County Detention Center with at $500,000 bond.

If he is released on bail, Sims’ conditions of release include an 8:00 pm to 6:00 am curfew and he may not leave Cascade County. Sims will also be monitored via GPS.

Article updated on Sept. 13 with information from court documents released.