GREAT FALLS - One 13 year-old student has been cited and released after Great Falls Police say he brought was was found to be an airsoft gun on a bus Tuesday afternoon.

The school bus left East Middle School at 3:10pm and the student was seen showing other students a gun.

When one of those students got home they told their parents, , but didn't specify what type of gun it was at first.  That student's parents call police and a Student Resource Officer was able to track down the bus.  When they found the student in question they realized it was an air soft gun.

According to the press release from Great Falls Police Department, the teenager in question was cited for Disorderly Conduct and released to his mother.

GFPD says it's not illegal to have air soft gun, however it against school policy and therefore no arrest was made.

GFPS is continuing to investigate the matter and see if any other disciplinary action will be taken.

Both departments say they continue to take these matters seriously and are commending the student's parents for taking quick action.

You can read their full press release below. 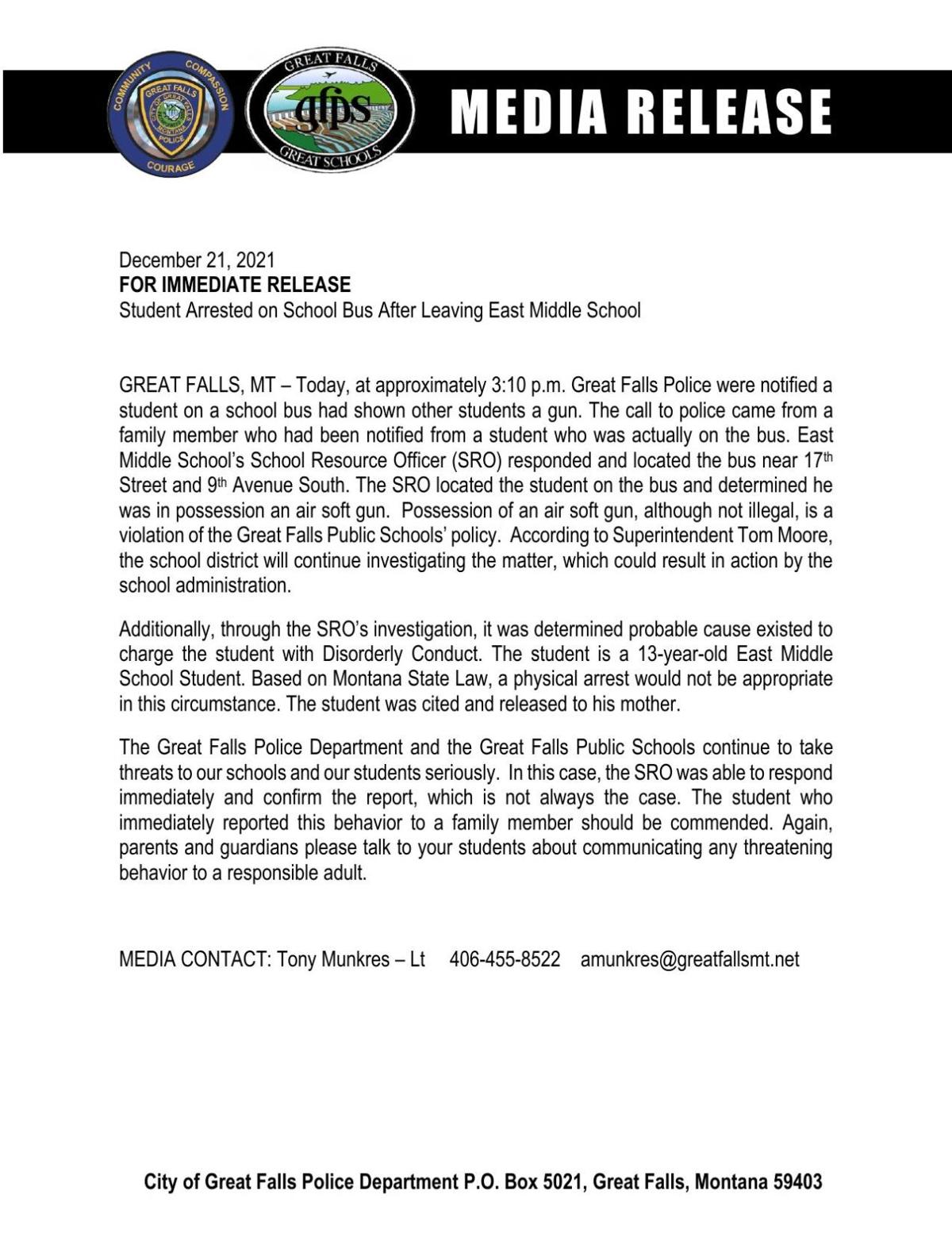