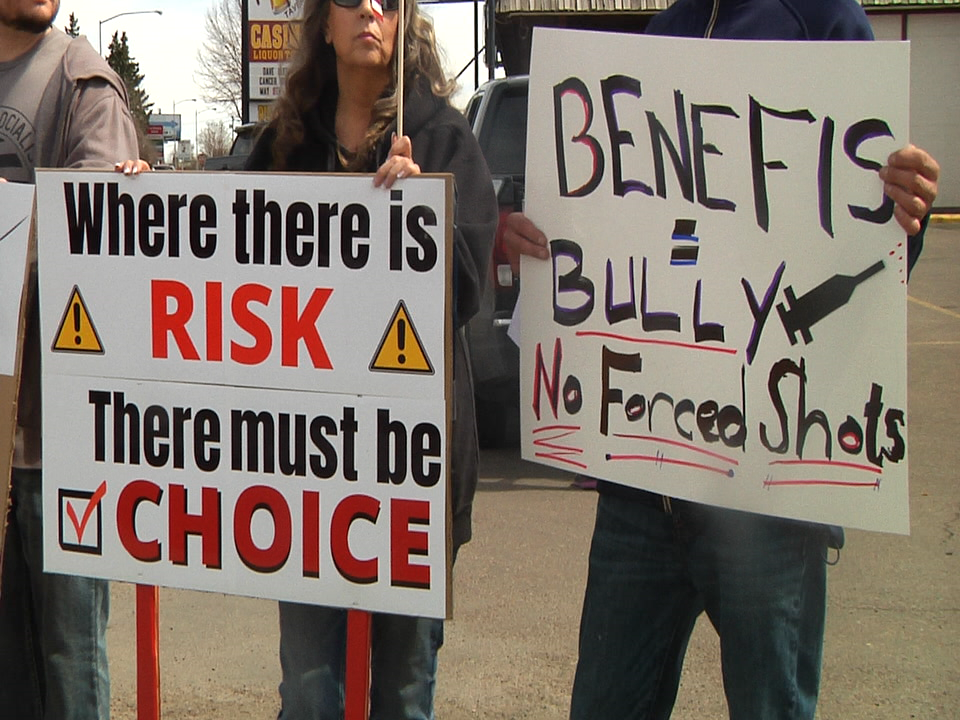 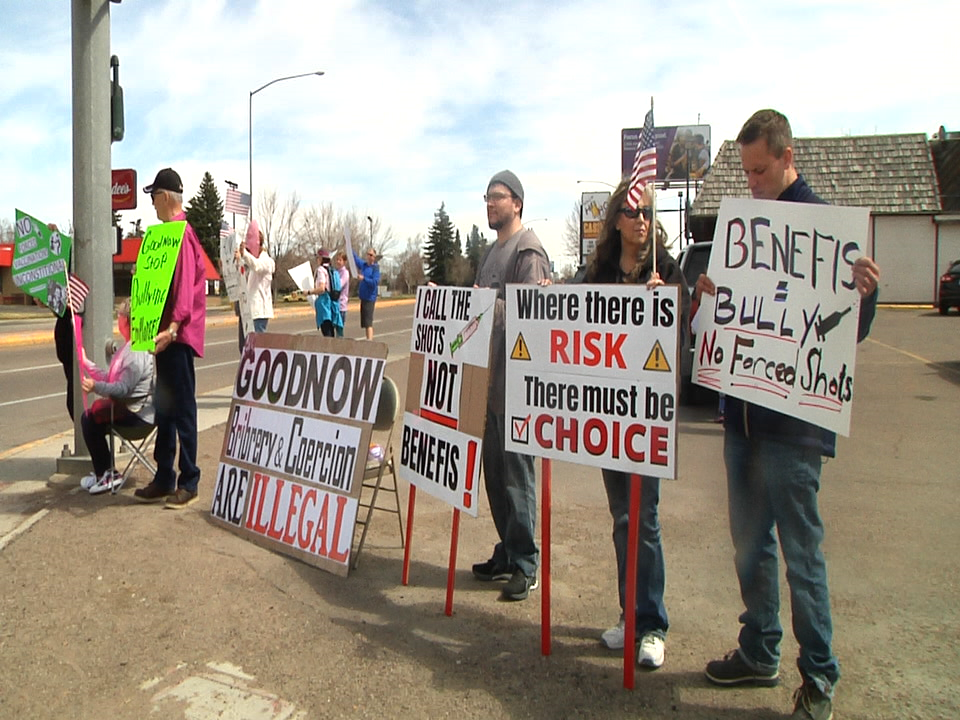 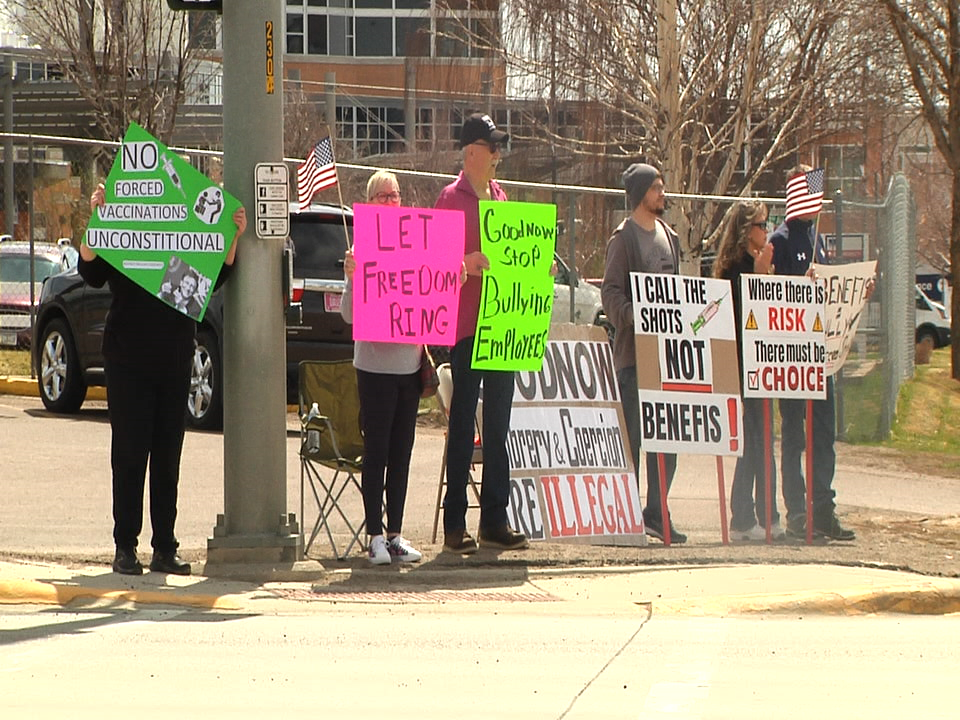 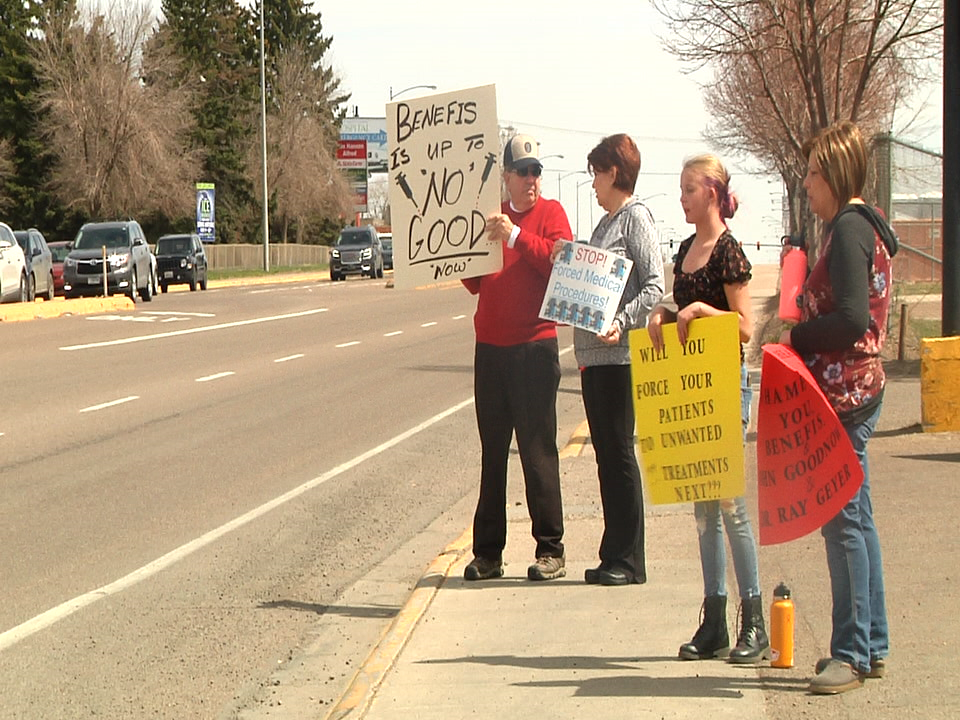 GREAT FALLS, Mont. - Protesters organized on 10th Avenue South in Great Falls after Benefis announced they will require their employees to get the COVID-19 vaccine.

Demonstrators 10th Ave. S and 26th St. S asked those driving by to honk for support as they held signs criticizing Benefis’s policy of requiring COVID-19 vaccinations for staff.

While they weren’t against vaccines, they held signs like ‘I call the shots’ pushing for people’s right to choose and speaking against what they consider ‘forced’ vaccinations.

“I don’t think that Benefis has the right to tell the employees what they should do with their own body medically,” said protester Tammy Evans.

William Harvey, who organized the event, tells Montana Right Now he and everyone else there aren’t against vaccines. Rather, they feel no one has the right to tell another person what to put in their body.

The most common concern among protesters was the possible precedent a policy like this creates, worried about other sites and businesses creating similar rules for their workers.

They tell MRN another common concern was vaccines rolling out under the FDA’s emergency use authorization.

“It’s in its infancy in terms of what we know about (the vaccines’) long term effects, and it’s just really scary that (Benefis) could mandate something that’s so new,” Harvey said.

In an email from earlier this week, Benefis did say they give religious or medical exemptions. They ask their workers to bring in signed paperwork for either case, which are due May 1.

In addition, Benefits said they have had a mandatory vaccination program since 2010, which includes a medical and religious deferral vaccination review process for all required vaccines.

Another issue they had involved COVID vaccines being used under an Emergency Use Authorization (EUA), saying they felt concerned about the lack of data on their long-term effects.

Harvey says they’ll host more protests, with demonstrations around the Benefis building Sunday from noon to 5:00 pm and more coming next weekend.

Employees were notified by email on March 31 that they would have until July 1 to get vaccinated.

Benefis says this is the right way forward, however, others say they don't agree with it and it could cost them their jobs.

In an email, Benefits stated, “Healthcare delivery is among the riskiest, and we need the safest environment with the healthiest workforce to meet the needs of those we serve.”

Benefis requiring all employees to get the COVID-19 vaccine