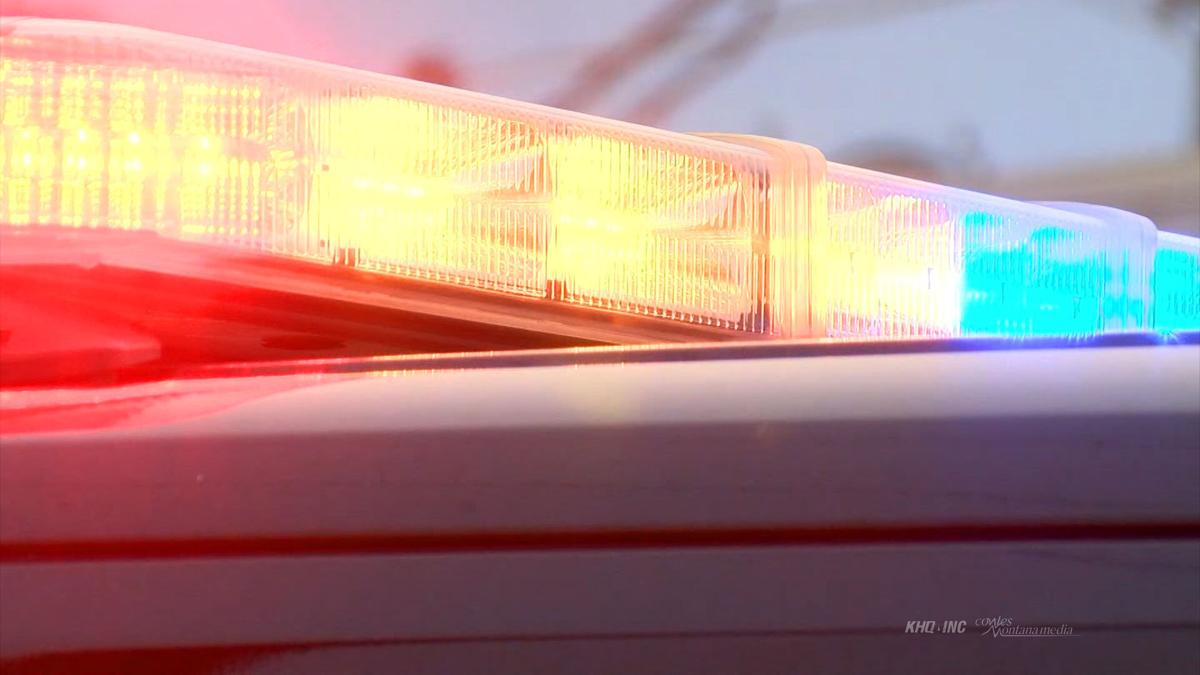 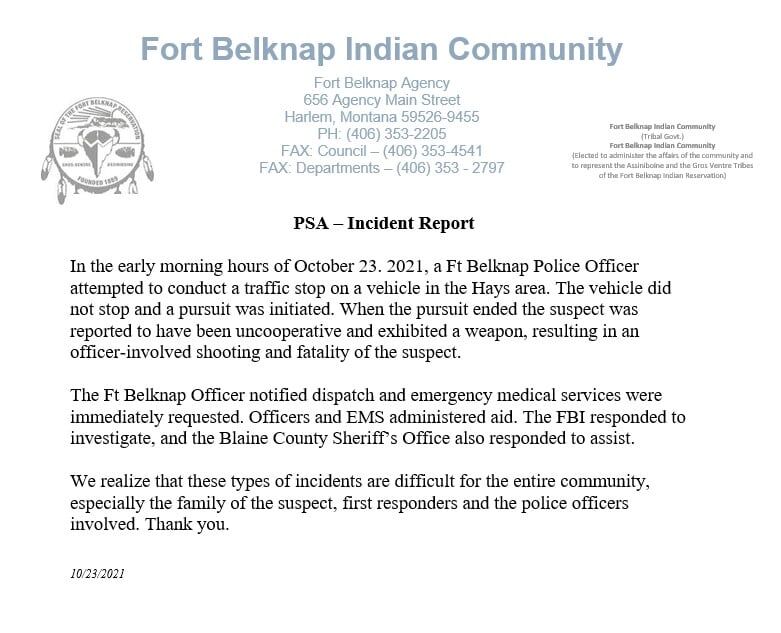 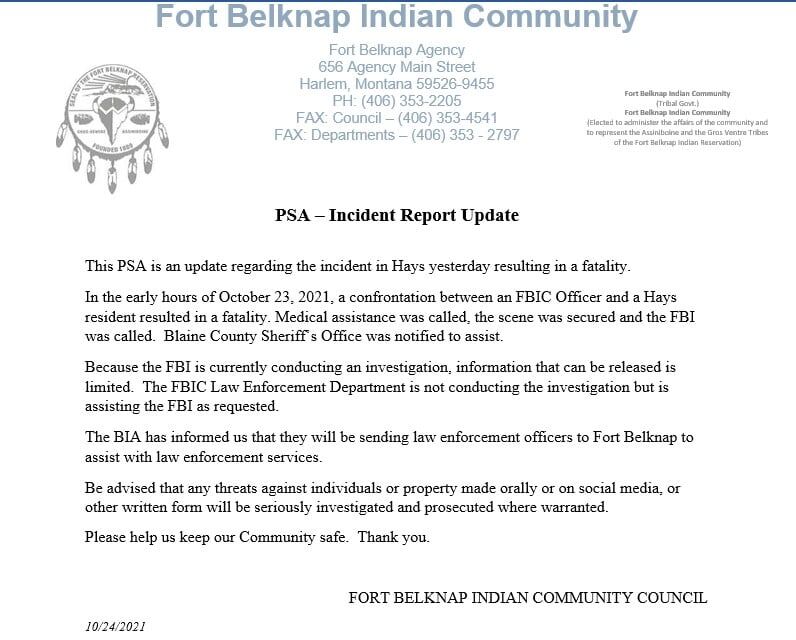 The Blaine County Sheriff John Colby has identified the man killed in the officer-involved shooting in Hays Saturday as Clayburn Elwood Grant, 34.

Colby said Grant was a member of the Fort Belknap tribe.

HAYS, Mont. - One person was killed in an officer-involved shooting in Hays Saturday morning.

According to a release from Fort Belknap, a police officer tried to conduct a traffic stop on a car in the Hays area Saturday.

When the car did not stop a pursuit was initiated.

“When the pursuit ended the suspect was reported to have been uncooperative and exhibited a weapon, resulting in an officer-involved shooting and fatality of the suspect,” the release reads.

The officer notified dispatch and emergency medical services were immediately requested and aid was administered.

At this time the FBI is conducting an investigation.

The release warns that any threats made against individuals or property made orally or on social media, or on other written forms will be seriously investigated and prosecuted where warranted.