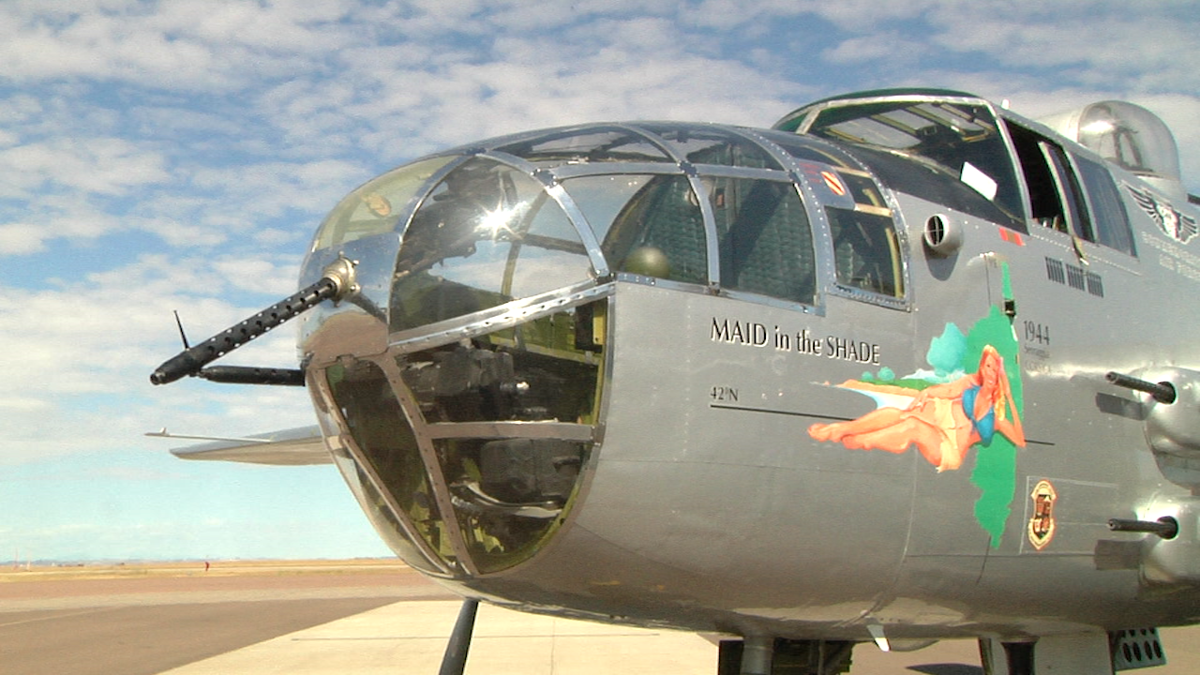 'Maid in the Shade' is one of 35 operating B-25 aircrafts that remain, after under 10,000 of them operated during and after World War II. Photo by Afiq Hisham. 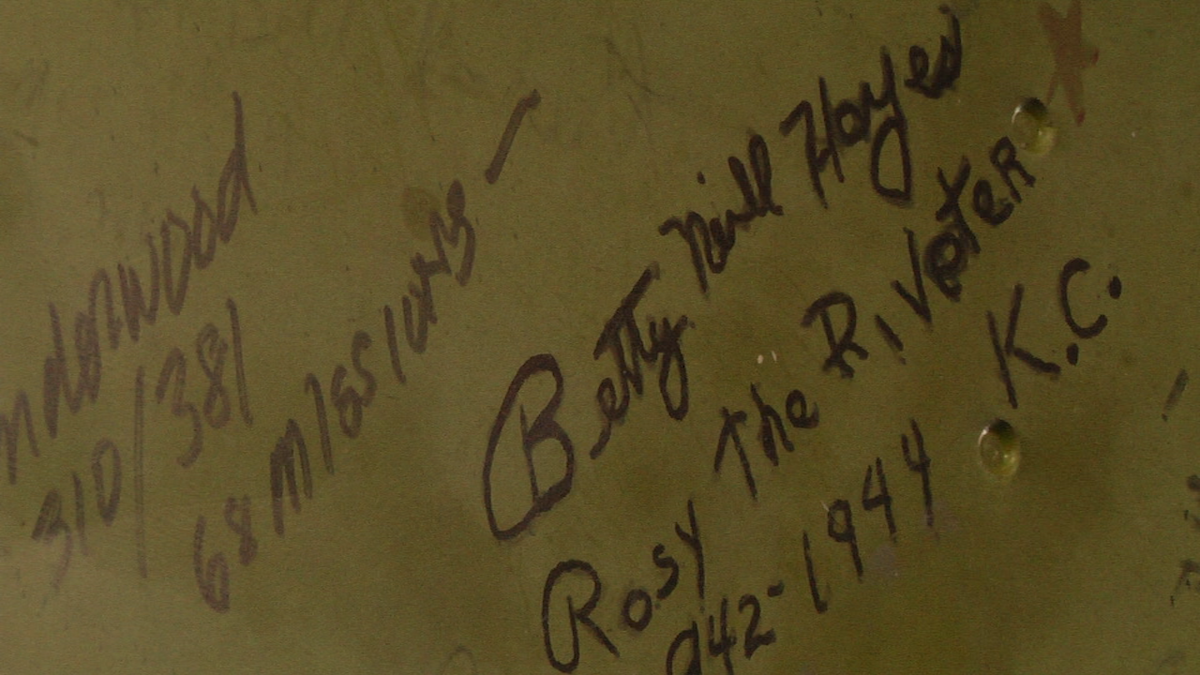 One of the dozens of signatures from WWII veterans written inside Maid in the Shade's bomb bay, all of which worked with B-25 aircraft in some capacity. Photo by Afiq Hisham.

CASCADE COUNTY - World War II planes are hard to come by now, but a group of volunteers from Arizona flew one to Holman Aviation near the Electric City, bringing history to life with a hands-on display of the vehicle.

‘Maid in the Shade’ was one of thousands of B-25 aircrafts, with crews of six supporting troops on the ground. Though fighting was generally rare for the plane type, that wasn’t the case for the one on show.

“The airplane flew 15 combat missions over in Italy and North Africa doing a lot of ground attacks,” said Trevor Henson, a pilot in command for the event.

With looks inside and occasional flyovers as part of the Flying Legends of History Tour, volunteers like Henson brought a sense of what it was like for air crews back in the day.

“They get to experience how loud the airplane is, how cramped the quarters are,” said Henson.

One of the seats inside had disinfectant wipes and bandaids now in a compartment, but back then the space used to have radio equipment for crew members sitting nearby to handle during any given flight.

Henson and other volunteers say hosting this display helps honor those who came before, sharing experiences for future generations to learn from.

“There aren’t a whole lot of World War two guys left, but we’ve got a lot of signatures in our bomb bay of guys that have come out to tour and seen the airplane and worked on it, flew on it back in World War II,” said Henson.

”We take these out so that the younger generation like that young man over there can see what, in his case, their great grandfathers and grandmothers did,” said Ground Operations Coordinator Mike Muller, “to inspire people to do what the prior generations did when faced with a crisis.”

The plane goes to Coeur D’Alene, ID next, before bringing tours over to Bozeman in a couple of weeks. You can learn more about the tour and its organizers on Commemorative Air Force Airbase Arizona’s official website.