You are the owner of this article.
Edit Article Add New Article
You have permission to edit this article.
Edit
Welcome, Guest
Home
News
Weather
SWX Sports
Nonstop News
Wake Up Montana
Featured
Contests
Skilled2Work
Vote For Student of the Year
Connect
1 of 4 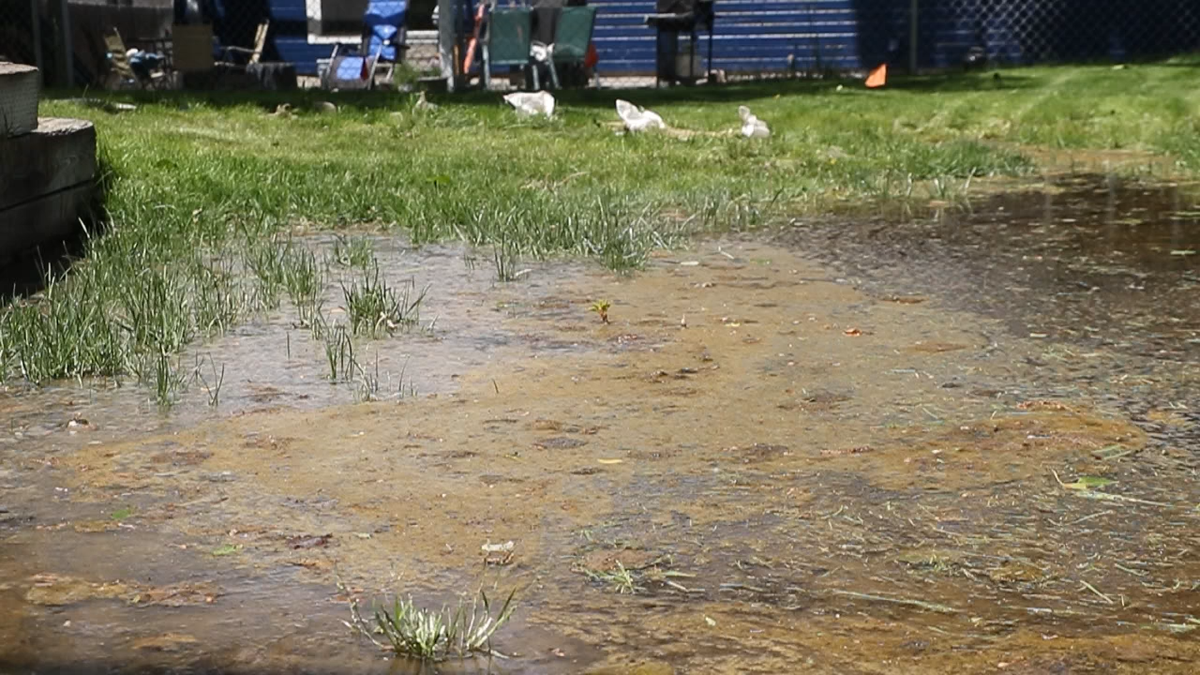 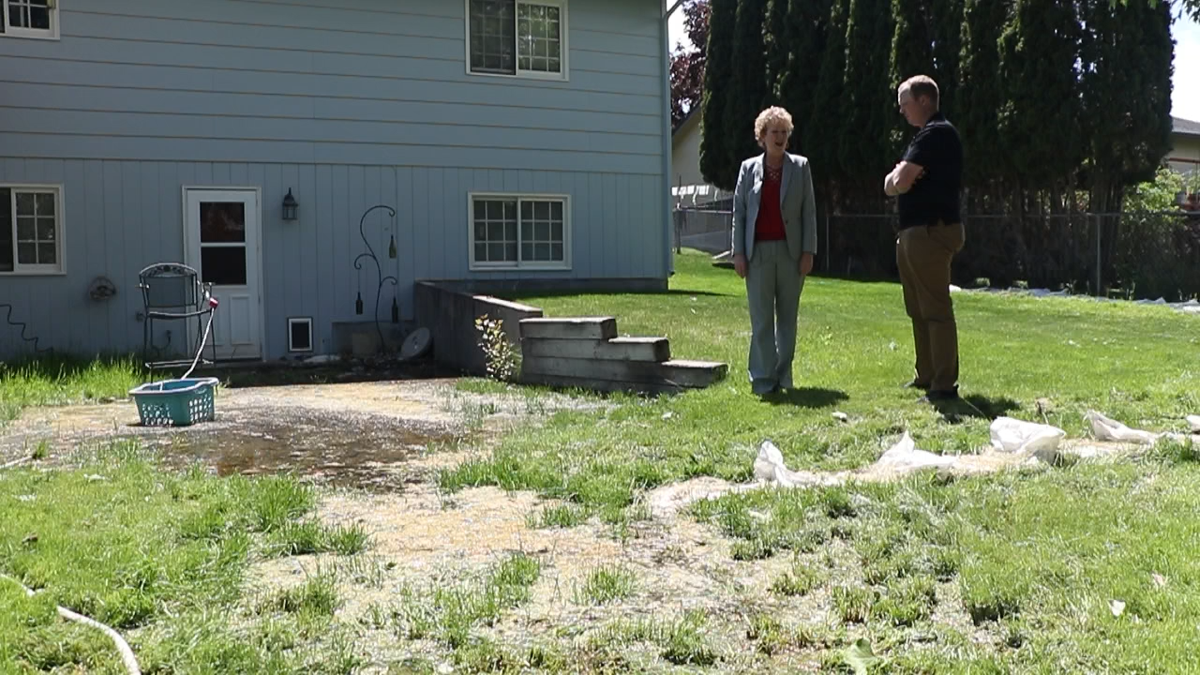 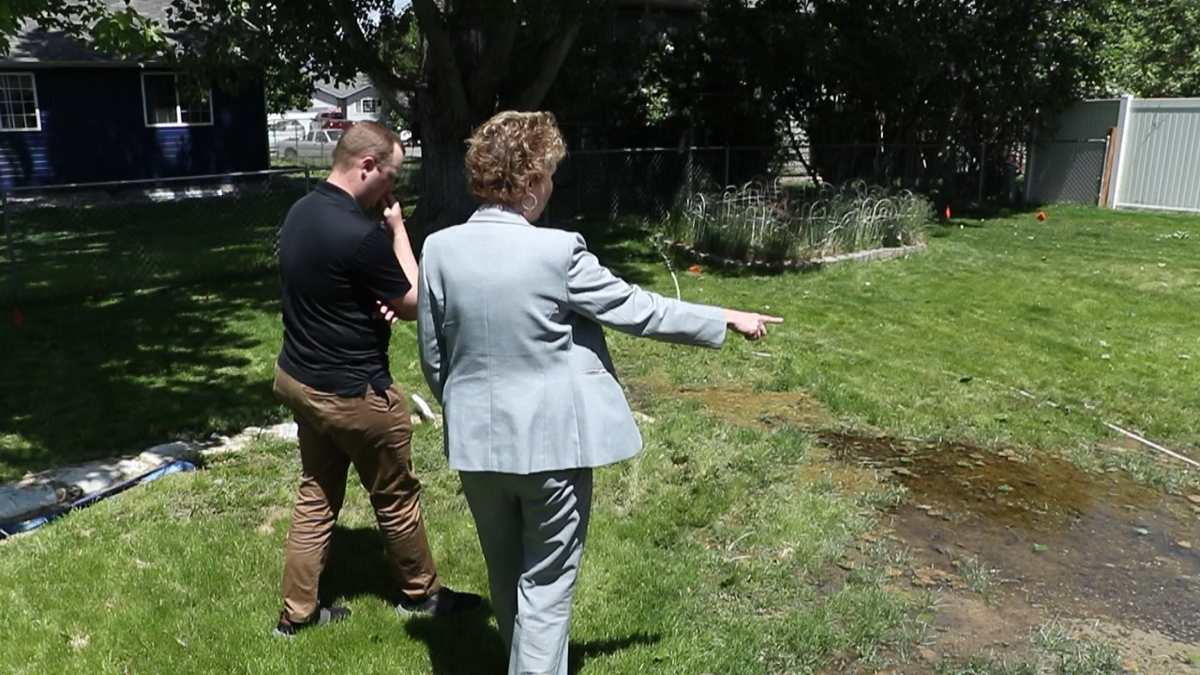 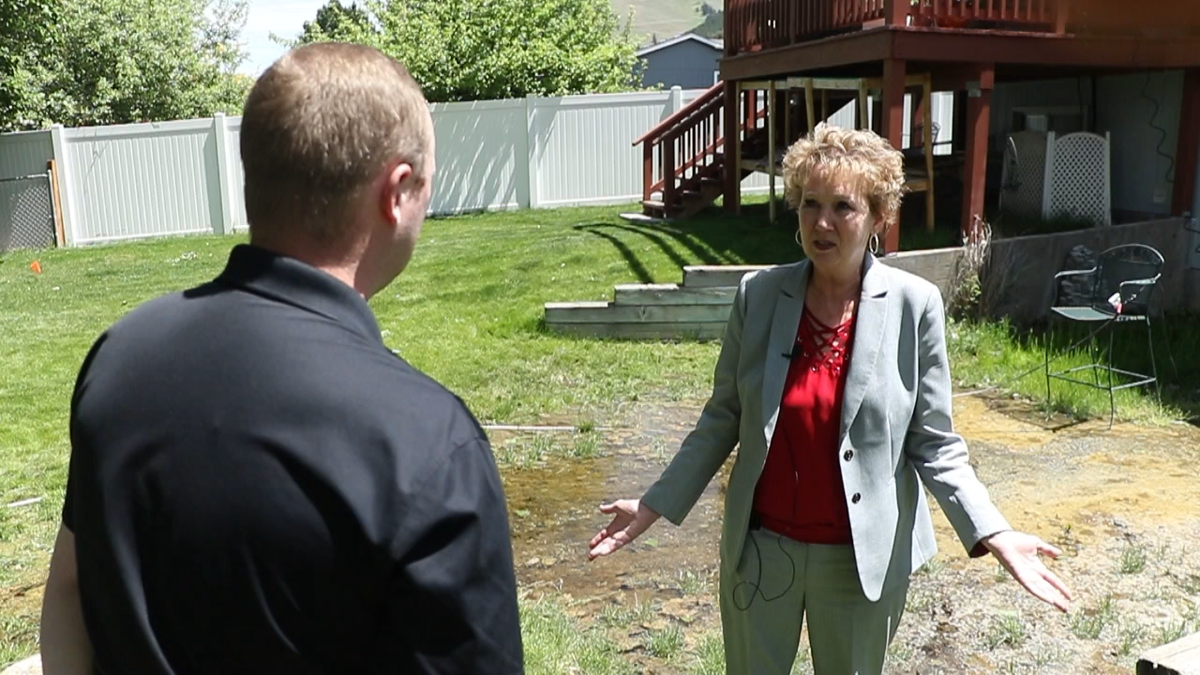 MISSOULA, Mont. – Home should be a happy place; It should be a place where you can learn, rest, laugh and love. That’s why we protect and value our homes so much: they are our literal worlds. So when one Missoula woman’s home was compromised to an unhealthy and shocking level, she was down to her last chance: an official submission, reaching out to me, saying “Help Me Ben.”

Every 40 seconds, Marilyn Cole’s backyard transforms into a river. Blue tarps and sandbags are part of a spoiled and frustrating reality.

“Everything is ruined,” Cole said. “I’m kind of numb at this point.”

She’s numb because of a four-foot deep pond that has turned her backyard of memories into a 24/7, 365 nightmare.

“I don’t bring people to my house. I mean, my friends know what is going on, but it’s not like I have a BBQ or anything,” Cole said.

Cole’s home of 25 years has now been nicknamed “The Swamp,” and since it’s summertime, the wildlife has hatched.

"You have mosquitoes flying around,” she said. “The gnats — and this used to be a patio. I had one, it was nice."

The stench hits you the moment you walk onto the back deck. A foul odor hangs over the air, as a mix of green algae and brown, fermented grass cling to the top of the surface. The water just sits, baking in the sun.

It was five years ago when Cole’s world was literally shaken. The strongest earthquake to hit Montana in more than 40 years was felt from Missoula to Bozeman and even up into Canada. The moving earth caused a natural spring to erupt underneath her home.

"I had a hydrologist come, and he was thinking because of all the seismic activity and the earth shifting, that's what caused a river to come under my house," Cole says.

The sounds of pumps going off ring throughout the downstairs basement as piles of old insolation from the walls are stacked in the center of the concrete.

When asked about the memories that came back to her as she stood in the destroyed room, Cole says she thinks about her family.

“My daughter, when she and her friends were growing up and they would be down here playing,” Cole said. “It was just a nice space to have family. It had a fire place, it was just really nice, and now it's just destroyed."

The water that once filled the basement has been rerouted to two sump pumps that work 24 hours a day, making sure the bottom of her house doesn’t turn into a bathtub. The foundation is now stable, but Cole says that could change with even the smallest shift in the earth.

If there is a bright spot, it’s been Cole’s neighbors. Her problem now effects multiple other properties. She has tried to fix the situation, stretching her patience and bank account. Multiple contractors and hydrologists have checked out the mess, but the flooding could not be stopped. And it’s still flowing right now. Coel has even had the City of Missoula out multiple times.

"But they came out here and acted like it was no big deal,” Cole said. “It's a big deal. If it was their house, it would be a big deal."

So I headed down to the Missoula Public Works Department.

Public Works Director Logan McInnis tells me he has known about Cole’s issue for close to six months.

"I wouldn't want it in my backyard,” McInnis said. “You definitely have empathy for the people and what they are dealing with on their property."

But that empathy isn’t fixing Cole’s problems. In fact, McInnis tells me talks between the city and homeowners in the area have been going on for close to a year, and there isn’t much to show for it.

"People would like ideas and would like help, and it's understandable, because it's impacting their ability to enjoy their property,” McInnis said. “I think they have been fruitful, they just want us to help them come up with some ideas."

It wasn’t until I started asking questions that I found out there might actually be a solution. But this solution would take some convincing on Cole’s behalf. That solution? A Special Interest District (SID).

An SID is a government function that allows local officials to raise taxes in a certain section of a neighborhood. Then, those funds would be used on construction projects to fix the issue.

In Cole’s case, the project would be underground piping and more storm drains. The SID could bring in five houses, or it could bring in 15 houses. It could even bring in 50 houses. The more properties that are a part of the SID, the less cost per house. But the more houses you include, the more people you have to protest the project and tax raise, especially if the project doesn’t effect them at all.

"Once property owners see the cost, they have a right to protest,” McInnis said. “So we can't force it on them."

Late last week, the Public Works Department in Missoula mailed out a letter to residents, marking their first official mention of what the possible district could look like. They’ve highlighted the different zones and properties that would be a part of the tax increase, and talked for the first time about what would actually be in the project.

That proposal calls for the funding of two storm water main extensions from Hillview Way, up Morningside Court, and Grandview Way up Rita Court. No word yet on prices, but it could be a potentially expensive solution for the neighborhood.

"We definitely want to get this figured out, even if it can't go until net year, we want to get a solution and we want to have conversations with people so they know that help is coming, so we get some ideas moving forward," McInnis said.

McInnis tells me that his team has taken this construction project and applied it for funding through the American Rescue Plan Act that was passed by Congress back in March. He says it’s a long shot, but you can’t get the money if you don’t apply.

In the meantime, the City of Missoula will be holding a public meeting in the South Hills on Tuesday at 6 p.m. in Skyview Park, where homeowners will get their chance to ask questions and hear more about the SID plan.

We will have our team at that meeting, and bring you full coverage on Tuesday.