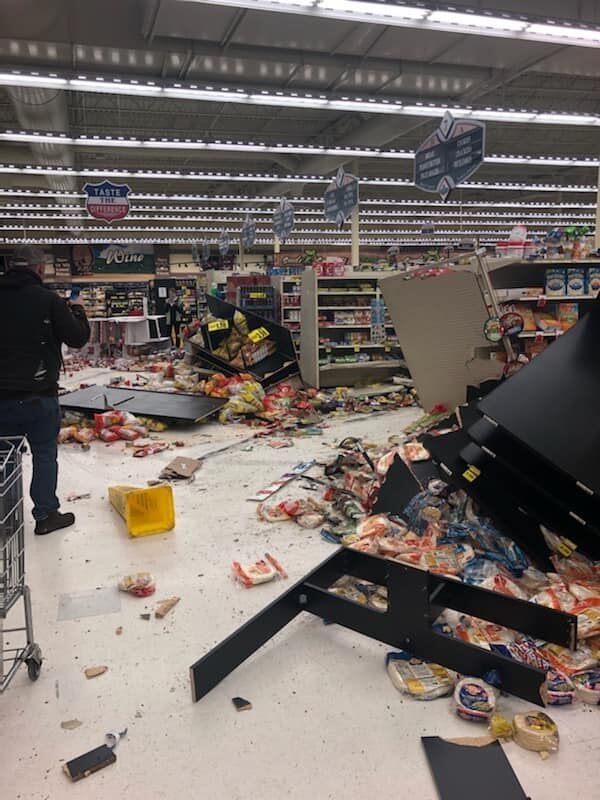 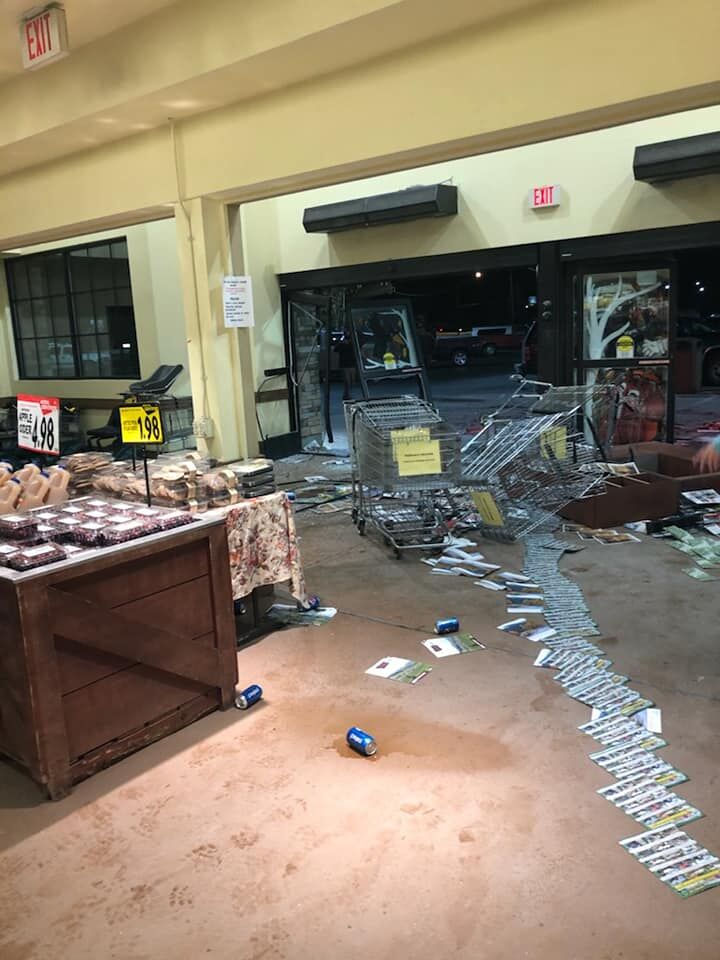 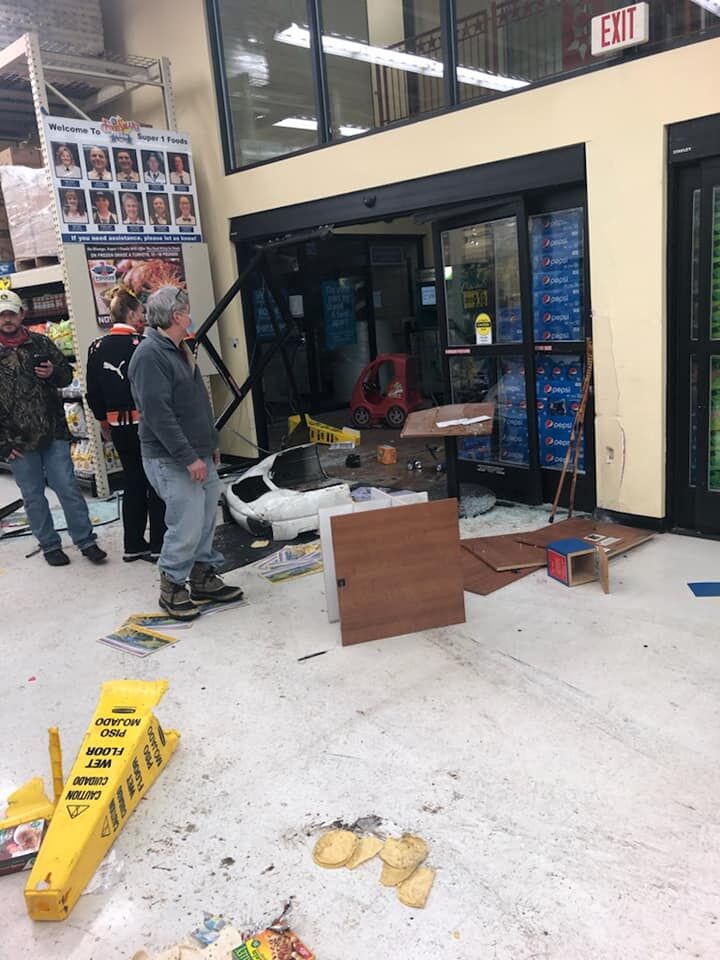 In a release, the Columbia Falls Police Department (CFPD) has identified the man who drove into and through the Super 1 Foods as 50-year-old Alan Roger Connor Jr. of Columbia Falls.

Connor is being charged with the following crimes:

The release says investigations have led CFPD to believe that Connor’s actions were not related to a political, social or terroristic-type attack and this was an isolated accident.

If you were inside Super 1 Foods at the time of the incident, and haven’t already talked with CFPD personnel, you are asked to please call (406) 892-3234 so they can accurately determine the amount of people in the store at the time the vehicle broke through the doors.

“Once again, the Columbia Falls Police Department would like to thank all of the citizens of Columbia Falls who came forward to support the effort to clean up Super One Foods, this allowed them to have their doors open for business today,” CFPD wrote in the release.

Swank Enterprises, who worked with Super 1 Foods to remodel and or expand the sores in the Valley, was called up by the Columbia Falls store supervisor and asked for help.

After arriving, they waited for law enforcement to finish up before helping clean up, board windows, throw out destroyed shelves and cash registers and sweep up according to Shawn Cady, Project Superintendent for Swank Enterprises.

COLUMBIA FALLS, Mont. - Police are providing new information about a man who drove his vehicle through the front doors and through aisles of the Super 1 Foods in Columbia Falls Thursday evening.

No one was hurt in the incident after the car drove through the grocery store around 5:45 PM, causing thousands of dollars’ worth of damage.

By the time law enforcement arrived at Super 1 Foods, the driver had already left the scene.

A press release from the Columbia Falls Police Department (CFPD) says a 1995 Chevrolet Lumina was located shortly after the incident, across the highway where the vehicle reportedly collided into a trailer.

Police say the driver got out of the car and ran away on foot, abandoning the crash. Witnesses described the man as being 40 to 50-years-old with dark hair, a beard and a mustache. Minutes later, police received reports of a naked man running through the hallway of an assisted living facility near the location of the Chevrolet Lumina. The man was located and detained a block west of the facility. Staff at the retirement home were able to identify the man as he reportedly has a relationship with a resident there.

Officers say the man was displaying signs of drug intoxication at the time he was arrested, but they have yet to determine if he was intoxicated when driving the car through the grocery store.

The man was taken to an area hospital for non-injury treatment and once he is medically cleared, he will be taken to the Flathead County Detention Center.

Police are not identifying the man at this time. His identity and pending charges are expected to be released after he’s booked into the detention center.

COLUMBIA FALLS, Mont. - A man is under arrest after driving his vehicle through the front doors of the Columbia Falls Super 1 Foods, causing thousands of dollars in damage, police say.

The Flathead County Sheriff’s Office and the Columbia Falls Police Department are investigating the incident.

Police Chief Clint Peters says a man drove a white sedan through the front doors of the grocery store to the back of the store, where he turned around and drove down another aisle before leaving through the way he came in.

Chief Peters says the driver then crossed the highway and crashed his vehicle before running away on foot. Law enforcement found the suspect by C-Falls Mini Storage off of Highway 2, and he was placed under arrest.

No injuries were reported in the incident.

Shelves, products, and check stands were destroyed, causing thousands of dollars worth of damage, however, there was no structural damage to the building.

Pete Pourroy, meat supervisor at Super 1 Foods, tells Montana Right Now they hope to reopen when the store is cleaned up.