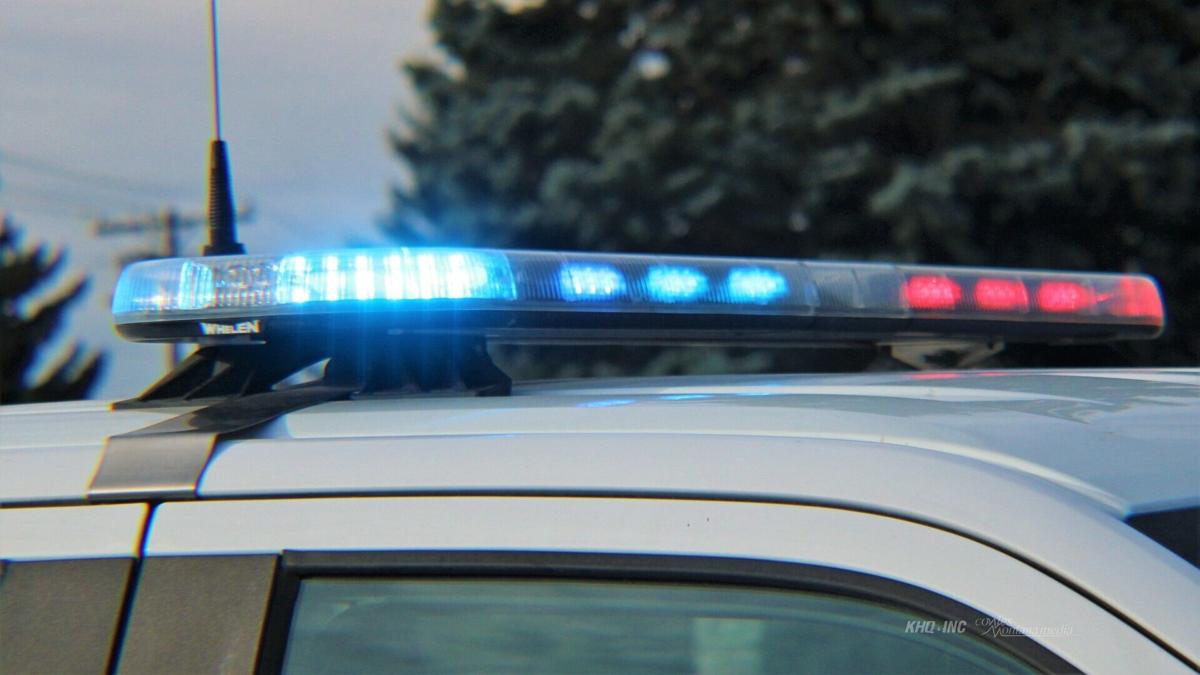 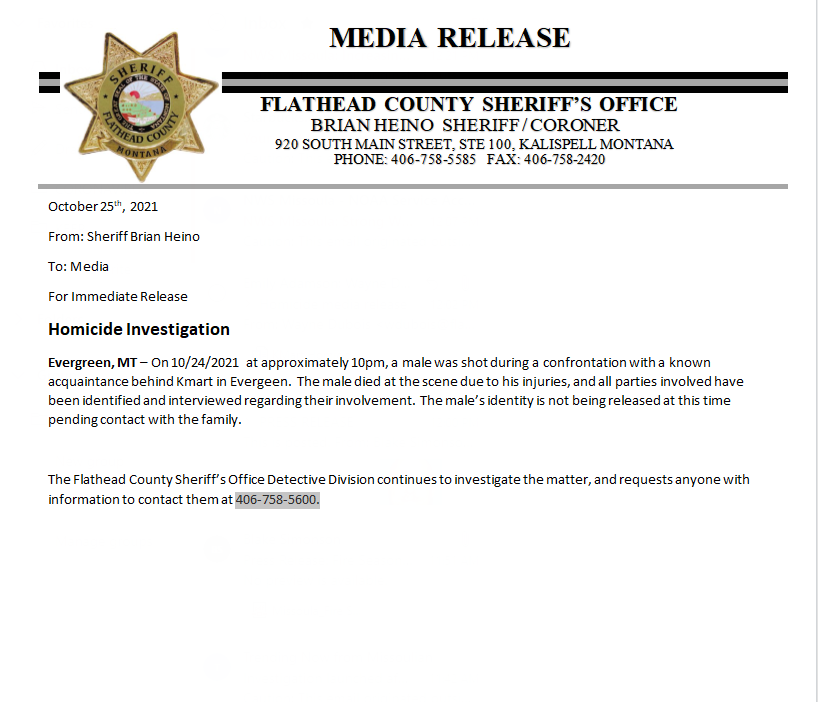 The Flathead County Sheriff's Office has identified the victim in Sunday's deadly shooting behind the Kmart in Evergreen.

According to a release from FCSO, the man was identified as David W. Meacham, 51, of Kalispell.

The investigation is still ongoing.

EVERGREEN, Mont. - A man was reportedly shot and killed behind Kmart in Evergreen Sunday around 10 p.m.

The Flathead County Sheriff's Office said in a release the man was shot during a confrontation with an acquaintance of his.

The man died at the scene due to injuries.

FCSO said they have identified and interviewed everyone involved in the incident.

FCSO will not identify the man until family is notified.

The incident is under investigation, and anyone with information is asked to call 406-758-5600.