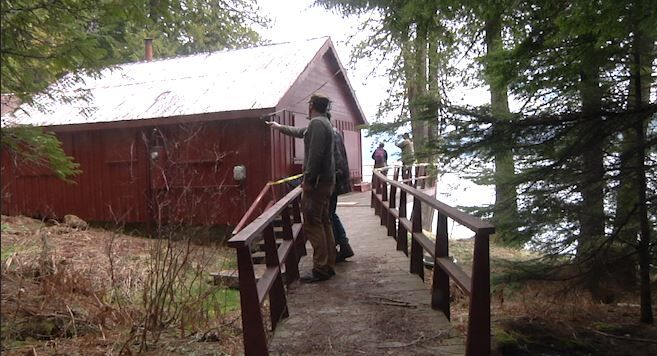 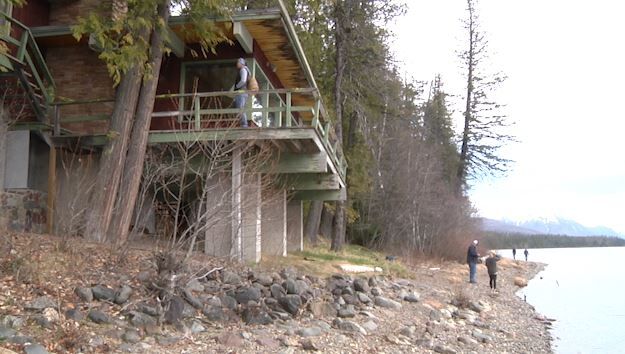 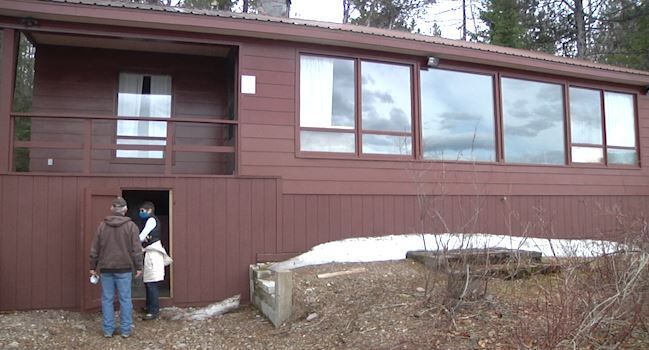 GLACIER NATIONAL PARK, Mont. - Glacier National park has no shortage of breathtaking views and now you can claim some of those views for yourself by leasing a cabin on Lake McDonald.

Wednesday morning, more than 100 people poured into the national park, but they didn't come for the mountain views, instead they wanted a chance to look inside four properties the park is considering leasing to the public.

Some of those in attendance were locals who live about a half hour away in Kalispell, while others flew in from as far away as Maryland. But they all share the same goal, to lease one of Glacier's one-of-a-kind properties.

"My husband and I feel privileged to even consider it a possibility to lease a property, we have restored a few historic properties, so we feel very comfortable with this possibility," Bozeman resident Bonnie  Sachatello-Sawyer said.

"I lived here 40 years ago before I moved away for business so I've always wanted to come back," Maryland Resident Thom Ford said. "This is more than a bucket list item for me because I wouldn't mind dying here."

Before the park commits to leasing out any cabins, officials wanted to make sure there was enough demand. Wednesday's tour exceeded those expectations.

"We have had a lot of interest well over 100 people have shown up," GNP's historic architect Kim Hyatt said.

The four properties are spread out around Lake McDonald, from the Greves Tourist Camp up north, to the Grisley, Fox-Henderson, and Moberly Cabins down south.

All day long folks got to look over, under, and inside the cabins, but the open house is only the first step in the process.

"Down the road now we will be asking for specific proposals for each property and at that point we will have a better idea on what to expect interest from private individuals who just want to spend their summers on the lake or a private nonprofit who has a use in mind," Hyatt said.

In the end Hyatt just wants to see someone enjoying these homes.

"Its just fun to see the cabins we have kayaked on Lake McDonald and to see them from the shore we have always thought that would be so cool," Kalispell resident Dee DeYoung said.

While the park is excited to see so much interest in these properties its going to take them some time to comb though all the proposals.

"My families conscious would be restore it as much as possible to the original character of the cabin not to over do it but keep it simple," DeYoung said.

"We would want to restore them to their former glory then create a space to benefit the park and a welcoming space for folks to visit," Sachatello-Sawyer said.

"I would love to have a legacy place like this it would be something to pass along to my daughter one day, if the lease is that long," Ford said.

GNP is accepting proposals through this summer, with hope of starting the leasing process by the end of next year.