River Flood Advisory is in effect 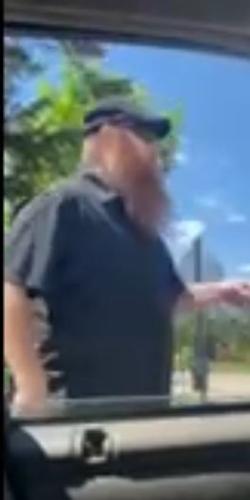 HAMILTON, Mont. - The RCSO is requesting the public’s assistance in identifying a male involved in an assault / road rage incident on Cooper Lane in Hamilton early Wednesday afternoon, June 15th. The male is wanted for questioning regarding the incident.

The suspect appeared to be 30-40 years of age with a long, red beard. He was seen leaving the incident in a white or off white, early-2000s Cadillac SUV. Photographs of the suspect are attached as well as a stock photo of a similar vehicle.

If anyone can identify the male in the attached photograph, please contact the RCSO at 406-363-3033 or by using the Submit A Tip function on the RCSO app for Smart Devices.

Case # SO2206-0145
Submitted by: Cpl. Jarin Gassett
Investigating Deputy: Deputy Chris Caltagirone
CONTACT 406-363-3033 if you can provide information about the case or identify the suspect.