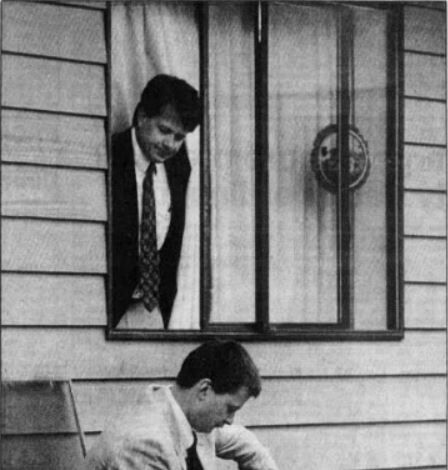 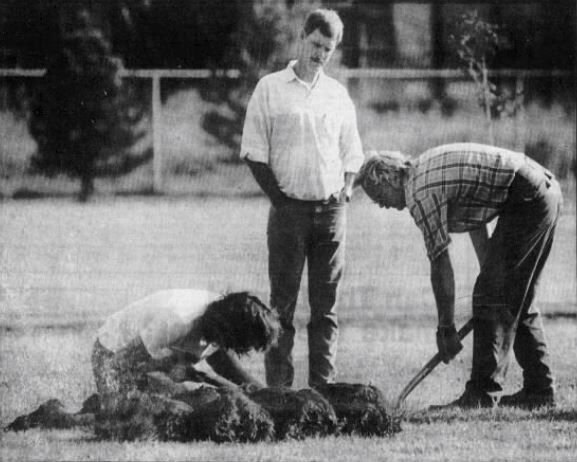 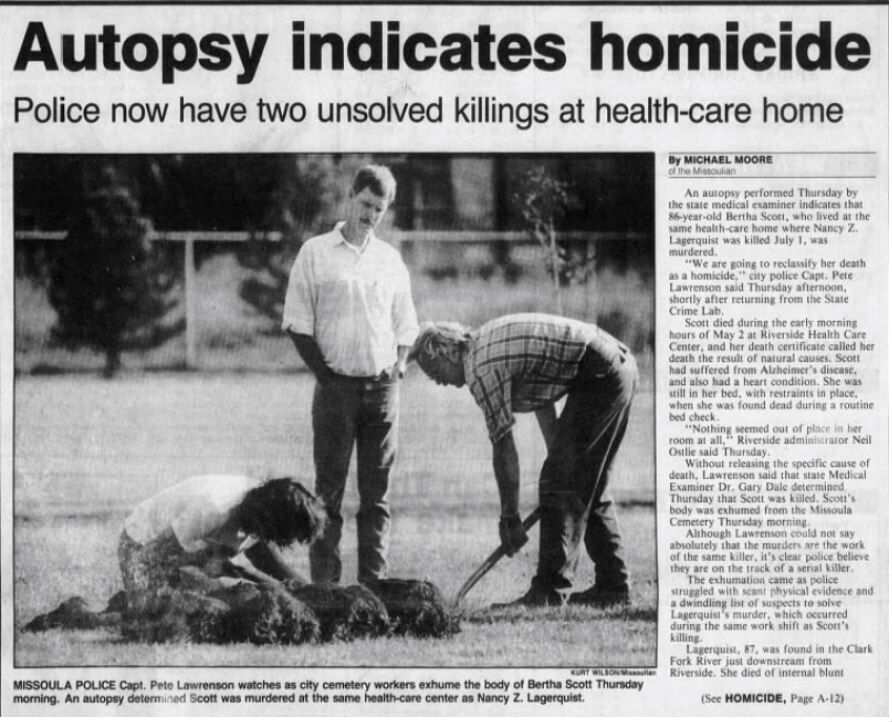 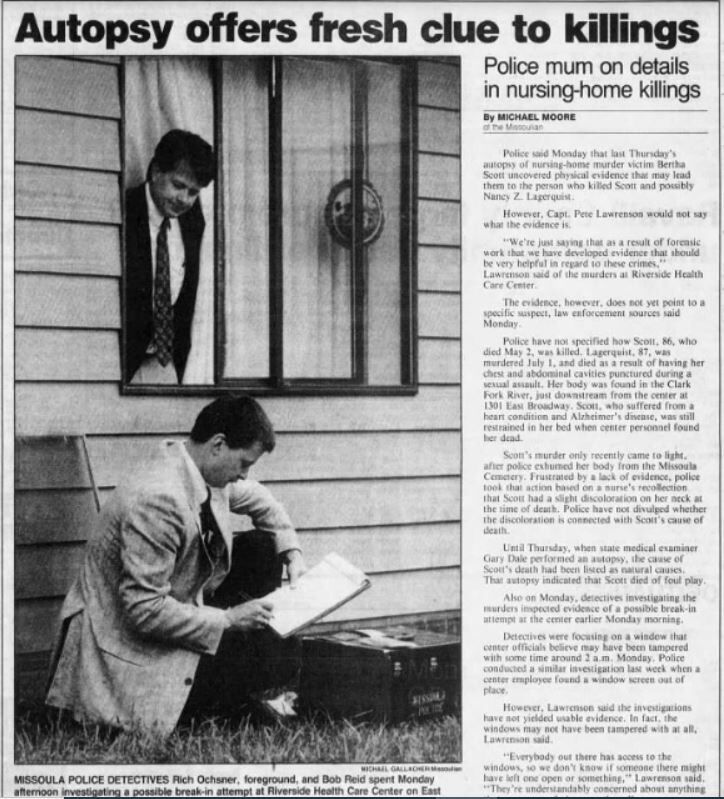 MISSOULA - Today, ABC FOX Montana brings you a look into Part Two of a Three-Part series, brought to you by our "Montana Murder Mysteries" podcast.

The mysterious abduction, rape and murder of Nancy Lagerquist, an 87-year-old Riverside Health Care Center nursing home resident, put Missoula police on a path of looking at all small clues to help them solve the crime.

The investigation took them to a place that they never thought they would find themselves-- a city cemetery.

There, another clue to the case would be found six-feet-under-- a second murder victim by the name of Bertha E. Scott.

"When you think about it now, Nancy really didn't have much of a family. But Bertha did," said Michael Moore, who covered the murders in-depth as the crime reporter for the Missoulian. "And it's like an albatross that goes with their family that will always be there and it can't, it has to be unsatisfying to have to them."

And listen: we reveal a glimmer of hope for detectives investigating these murders.

Listen to "MMM Rest Home Rapes and Homicides Part 2: The Death of Bertha Scott" on Spreaker.

You can also find this latest episode and download it, wherever you subscribe and listen to your podcasts.