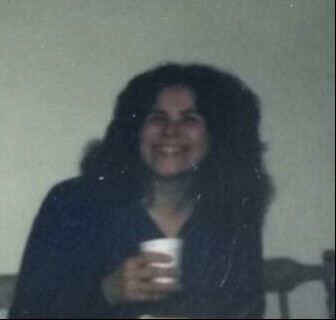 MISSOULA, Mont. - The Missoula County Sheriff's Office Monday has identified the remains of a woman found nearly 36 years ago near Crystal Creek.

According to a release from MCSO, a bear hunter found her remains near Crystal Creek in September 1985. Her remains could not be identified after an in-depth investigation and were called Christy Crystal Creek up until Monday.

The Missoula County Cold Case Unit paired up with Othram labs to do do a DNA analysis with funding from m Montana Department of Justice’s Sexual Assault Kit Initiative program in early 2021.

Lucas was born in October 1960 and grew up in California and Washington with seven siblings. At the time she went missing, she had a 5-year-old son, and MCSO said he spent a lot of his adulthood trying to find his mom.

Detective Captain Conway said after talking to Lucas' friends and family, he determined Lucas was last seen in Sand Point, Idaho in the summer 1983.

“Our focus has changed from 'who is Christy Crystal Creek?' to 'what happened to Janet Lucas?' This is now a cold case homicide investigation and we need your help,” Conway said in the release.

According to MCSO, there is no documentation of Lucas being in Montana; however, MCSO said investigators hope they find anyone who may have seen her in Missoula summer of 1983 through 1984.

Sheriff T.J. McDermott said the following statement in the release:

“I’d like to thank the Cold Case Unit, University of North Texas Center for Human Identification, Montana Regional Program for continually updating Janet’s profile, the Montana DOJ SAKI program, Montana DOJ Forensic Science Division, the FBI Forensic Genetic Genealogy program, Othram DNA laboratory and Janet’s family. It truly was a team effort that required the assistance and cooperation of a number of agencies and people to bring some closure to the Lucas family. Our thoughts and prayers are with Janet’s family during this difficult time.”

Lucas' family said the following statement in a release:

"After decades of missing Janet, our family is broken hearted to learn that she was tragically taken, unidentified and spent a large amount of years alone. However, she never spent one moment without being loved. Janet had a contagious smile, warm personality and wore her heart on her sleeve.

Janet had been missed dearly, searched for but most importantly never forgotten. Janet was loved by everyone. Not only was she a mother, she was a daughter, a sister, an aunt, a friend and now a grandmother to 4 beautiful children.

We are grateful to finally be able to bring her home to us, as well as bring Janet the peace and rest she so deserves.

While after 38 years, our family finally has some answers. We also realize there are questions that we may never have the answers to. We would like to thank the Missoula Sheriffs Department for their decades of pursuit to bring justice to Janet, Marta Timmons who devoted years of her career looking for answers and resolution for Janet, Dianna Parker for volunteering her time to consult and answer all our questions, and lastly we would like to thank the family that submitted their ancestry and DNA that finally brought Janet home.

While this case has been in the hearts of the community just as long as it has been in our hearts, due to the sensitive nature and deep emotions involved we also ask that the public respect our families privacy as we put our beloved Janet to rest."

Authorities said that they are looking into the possibility of this case being connected to other unsolved murders that Montana Right Now has covered in our 'Montana Murder Mysteries' podcast. You can listen here:

MISSOULA - The Missoula Mauler. Montana's baby-faced killer. A serial sex murderer. These names all refer to one man-- Wayne Nathan Nance. No one knew he had killed half a dozen people, at least.

MISSOULA - She's known as "Jane Doe 3UFMT." Her real name, though, is unknown. In our new episode of "Montana Murder Mysteries," ABC FOX Montana's Angela Marshall and Blake Simonson breathe new life into a nearly 35-year-old cold case that is sure to cause the hair on the back of your neck to stand up.

MISSOULA - After a man and a woman were found dead decades apart and in different parts of Montana, authorities need your help today in tracking down who they were.