You are the owner of this article.
Edit Article Add New Article
You have permission to edit this article.
Edit
Welcome, Guest
Home
Vote For Student of the Year
2021 Virtual Graduation
News
Weather
SWX Sports
Wake Up Montana
Featured
Contests
Watch Live
Skilled2Work
Connect
1 of 3 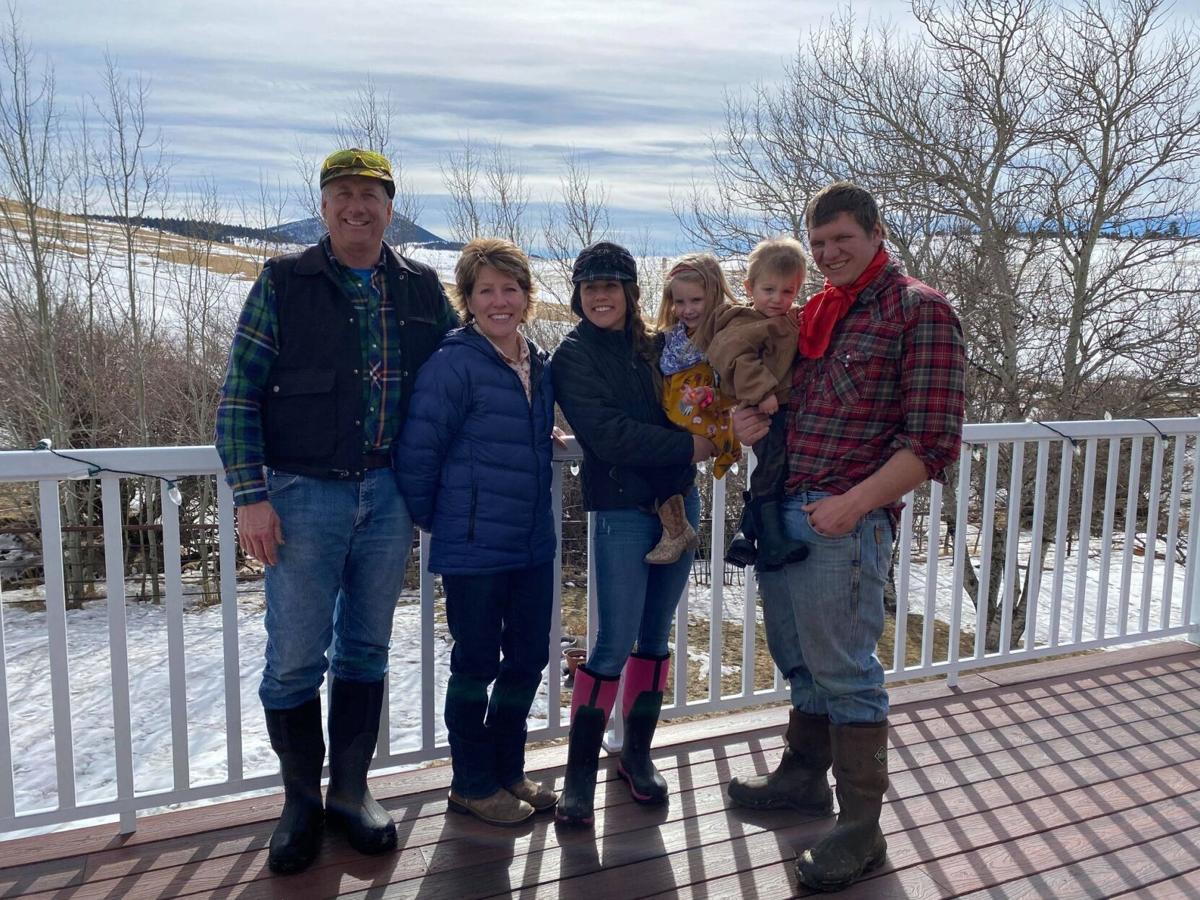 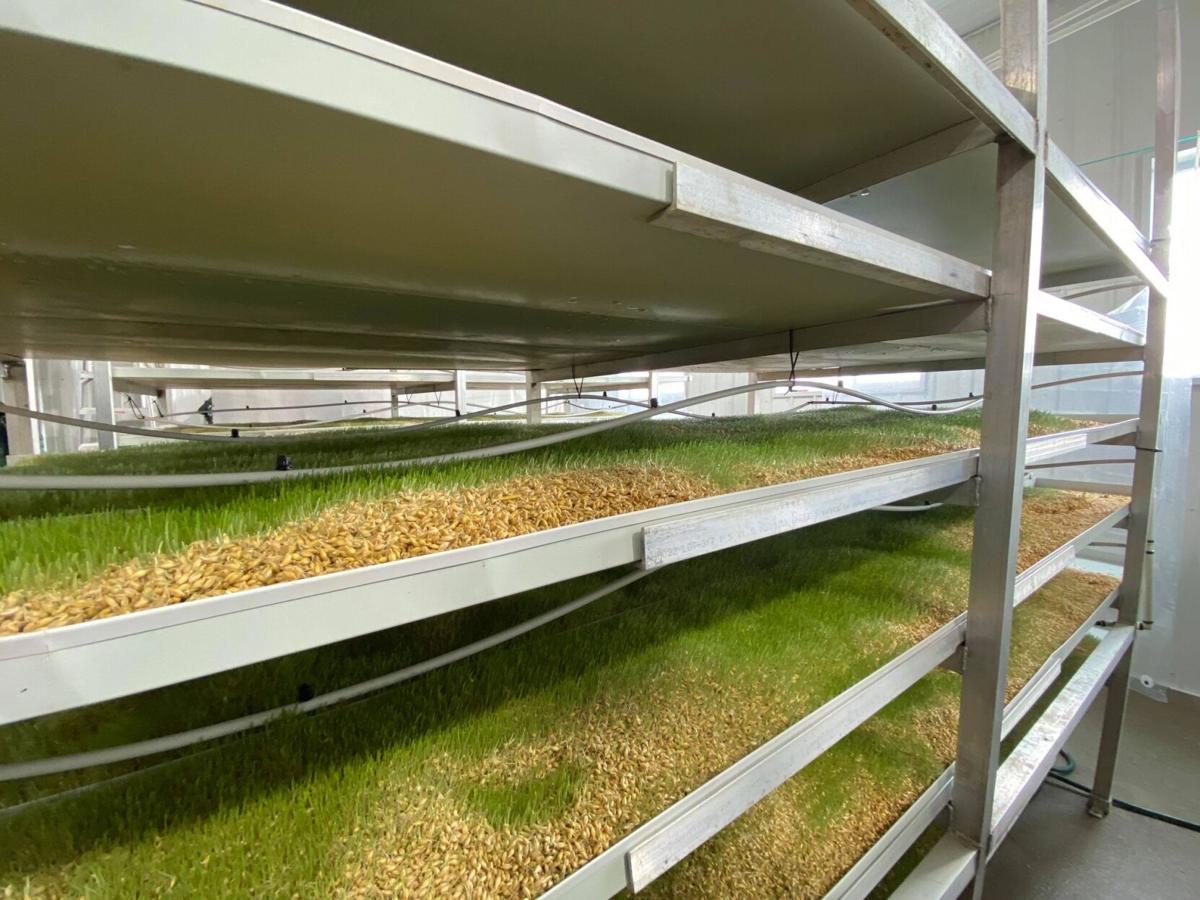 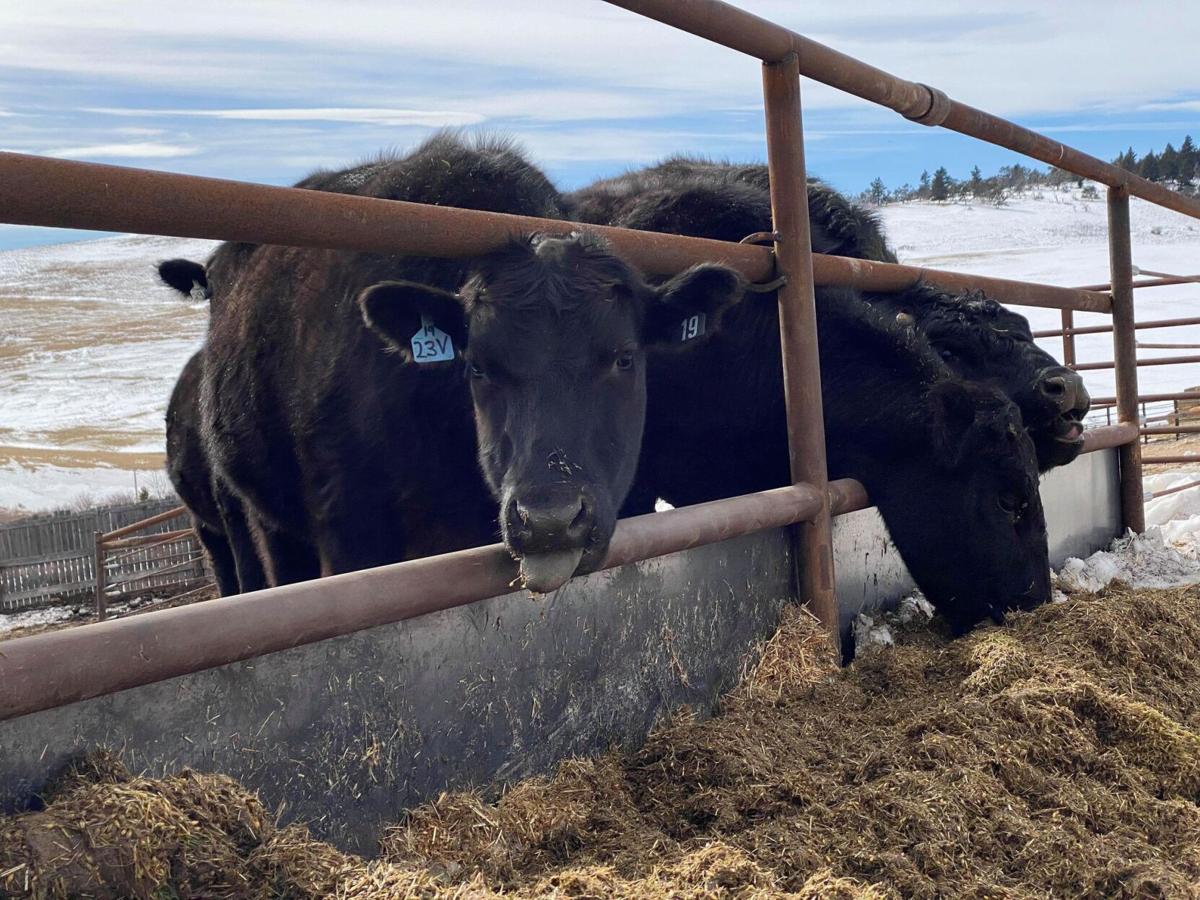 BELT, Mont. - Montana winters can be harsh and when you're trying to raise all grass-fed and finished cattle, it can be near impossible.

That's all but true for McCafferty Ranch... Just 30 miles outside of Great Falls lies this fourth-generation family-owned and operated ranch and they are using a hydroponic system to get it done - without ever having to worry about mother nature.

"There's maybe a few operations in the U.S. that do it. But we truly think that we're one of a kind and we don't really know of anyone else doing this," said Megan Gondeiro with McCafferty Ranch.

They're using science to feed their herd.

"We take grain, we water it, it sprouts, and basically we're feeding a barley sprout to our cattle. That is a hydroponic plant," said rancher Joel McCafferty.

"So, every day we seed 2 of these racks... Once a grain gets even just the slightest bit of root growth, the composition of that seed has changed from a grain to a grass... And every 6 days we rotate through this entire plant. So, we feed 2 of these racks each day," said Gondeiro.

But why go through all this trouble, isn't beef just beef?

"I think most butchers would tell you, if they're being honest, the best beef they've ever seen is grass-fed, 100 percent grass-fed," said the owner of Central Avenue Meats, Drew Hicks.

When Hicks opened up Central Avenue Meats in downtown Great Falls in 2020, the plan from the start was to keep Montana beef inside the Treasure State.

That's why every last bit of his beef comes from McCafferty Ranch.

"The biggest key for us has been aligning with a quality ranch that has a very high standard that they hold themselves to," said Hicks.

"We know exactly what each animal has been through in their life. We know the cow’s number, we know their mother, it's grandmother. We know their whole life history. We know where it was born, we know everything about that animal. So, it goes from us to Drew, we know which ones have headed to Drew, we pick the cream of the crop for him, and then it goes straight to the table from there," said Gondeiro.

But the ranch-to-table philosophy doesn't stop there. McCafferty's beef goes to Central Avenue Meats before ending up at Roadhouse Diner.

"We actually get their meat in here and we come and we grind it fresh. So it's a fresh ground beef," said Tara Beam, owner of the Roadhouse Diner. "I think when you know where your food comes from and you understand the process and that there's no chemicals going into it, that that holds value into the big scheme of life... And it just brings value to the customer ultimately."

From ranch to butcher to table, it was a process years in the making. But the McCafferty's say without the help from places like Central Avenue Meats and the Roadhouse Diner it wouldn't have been possible.

"It's a dream come true, we've always wanted to be self-sustaining on our ranch; to be able to go ahead and produce cattle, and then feed them and then actually sell them to the public," said McCafferty.

As the McCafferty's continue to focus on putting Montana beef of your table, they're also raising up the next generation to do the same; ensuring that you have grass-fed Montana beef for years to come.