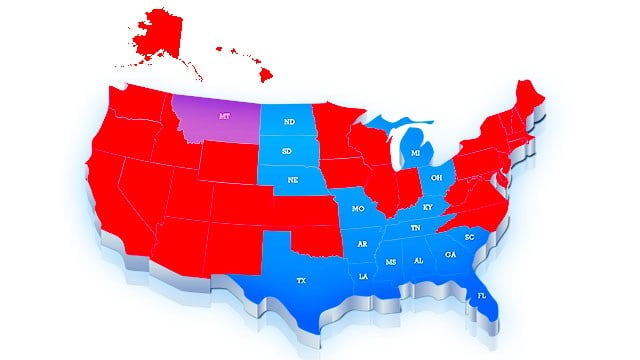 In an 18-page ruling filed Wednesday, Judge Brian Morris lifts Montana's constitutional ban on same-sex marriage effective immediately.In his decision, Judge Morris writes, “These families, like all of us, want their children to adventure into the world without fear of violence; to achieve all that their talent and perseverance allows without fear of discrimination; and to love themselves so that they can love others. No family wants to deprive its precious children of the chance to marry the loves of their lives. Montana no longer can deprive Plaintiffs and other same-sex couples of the chance to marry their loves.”

“It's a great day for Montana” says ACLU of Montana Executive Director Scott Crichton. “The ACLU has worked for decades to ensure the rights of LGBT people are protected and respected. We're humbled to be part of this history-making moment.”

Governor Steve Bullock released a statement of support following the ruling, “Today's decision ensures we are closer to fulfilling our promise of freedom, dignity, and equality for all Montanans. It is a day to celebrate our progress, while recognizing the qualities that bind us as Montanans: a desire to make a good life for ourselves and our families, while providing greater opportunities to the next generation. I have instructed my administration to quickly take all appropriate steps to ensure that we are recognizing and affording the same rights and responsibilities to legally married same-sex couples that all married Montanans have long enjoyed.”

Bullock has long been a champion for equal rights for all Montanans. He was the first state official to express his support for this lawsuit, and earlier this year became the first Montana Governor to speak at a Montana Pride Celebration.

Senator Jon Tester released the following statement after today's decision, “I applaud today's ruling. It aligns our laws with our values and is a big step forward for our state. Denying same-sex couples the right to marry denies them happiness and equal protection under the law.”

More from this section

Senator John Walsh also spoke on the ruling, “Throughout my 36 years of service in the military, as Lt. Governor, and now as U.S. Senator, I've been proud to fight for our freedoms. Today's overdue court ruling reflects our Montana values of individual freedom, fairness and equality. I believe every Montanan – our sons, daughters, friends and family – should live free of discrimination."

While many support the ruling, others disagree. The Montana Family Foundation released the following, "Today 295,070 Montana voters had their votes nullified by one judge exercising what amounts to a super-vote. The decision by Judge Brian Morris to allow same-sex marriage in Montana strikes at the heart of two foundational institutions that have made our state and nation truly exceptional: the ballot initiative process that allows for self-governance by the people, and the family. I am heartbroken for the people of Montana who have had the redefinition of marriage forced on them by an out-of-control federal judiciary."

Moving forward another judge could issue a stay on the ruling; freezing Morris' decision. However, John Barnes, the Communications Director for Montana's Attorney General said, the sate will not seek a "stay" on the judge's ruling.

"We felt like the likelihood of Montana's request for a stay being granted was slim to none," said Barnes.

Bozeman Business Boom: Why one hot tub business is booming thanks to the pandemic

Power restored and road reopened after crash in Missoula