According to a release, the state's plan for local testing included 30 days of public comment and was supported by Governor Greg Gianforte, the Montana American Indian Caucus, the Board of Public Education, Representative Matt Rosendale, Senator Steve Daines and the Montana Federation of Public Employees.

"In Montana, we work for our students and families," State Superintendent Elsie Arntzen said. "Statewide mandated testing from the federal government misses the mark of putting our Montana students first. Montana is not alone in the pursuit of maximum flexibility and providing opportunities to assess at the local level. Our proposal was to use local assessments for accountability rather than adding another layer of federal testing."

As a result of this denial, the Montana Office of Public Instruction's (OPI) adaptations for assessment include a shortened version of the statewide test, extended testing windows and student medical exemptions. No student is expected to be brought into in-person learning for the sole purpose of taking the statewide assessment. The OPI, through the federal Every Students Succeeds Act (ESSA) accountability system, did secure a separate waiver on the 95% testing participation rate. No school will receive sanctions for testing fewer students. The primary focus must be on student educational needs, prioritizing instruction and decision making nearest the student.

You can view the U.S. Department of Education's response letter below: 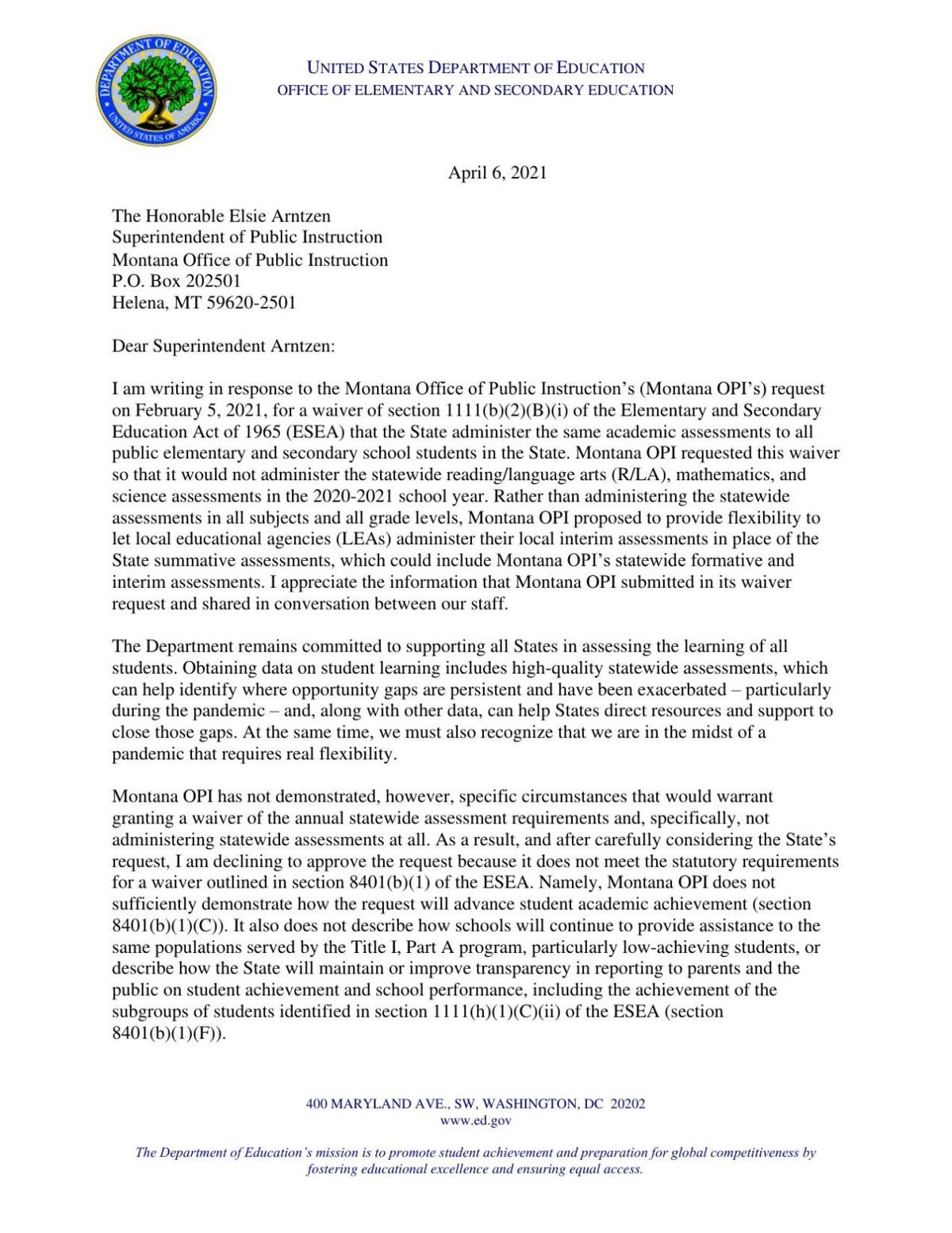