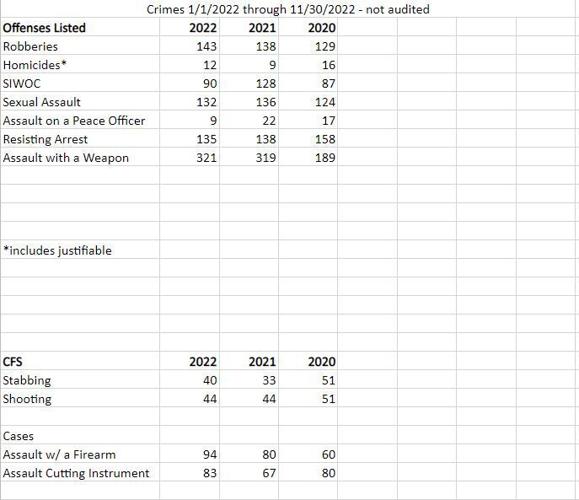 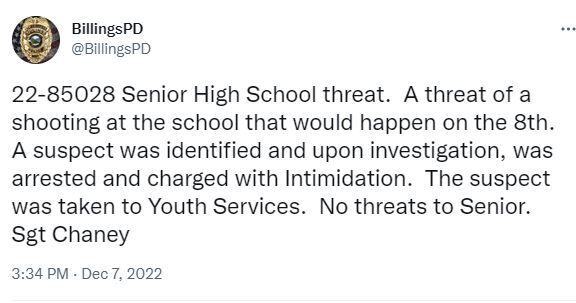 BILLINGS, Mont. - The Billings Police Department said there were 16 homicides in the city during 2022. They are also seeing an increase in assaults with a weapon versus a couple of years ago in 2020.

"Obviously, we're seeing an increase," Lt. Lennick said. "We're seeing it rise. I don't necessarily know why, but we are. And I think we're kind of seeing it across the country, but we're definitely seeing it in our community. Where people are quicker to jump to using some sort of weapon."

All of that can mean long hours for police officers and detectives. Lt. Lennick said they are grateful the community rallies around them.

Regarding the recent threats at a couple of Billings schools, Lt. Lennick said:

"We're not going to tolerate it. We are going to work to figure out who does these types of things. And there will be consequences."

He pointed to a recent threat at Billings Senior High, where someone was arrested and charged.

"The biggest frustration, especially on our patrol side, we have a jail issue that stems much farther than just our county," Lt Lennick said. "It goes all the way to the state and federal level. There's a backlog of moving prisoners and having space in those facilities, which then, feeds into our facility. They're having issues hiring, just like we're having issues with our hiring. So, staffing is a problem. But, when you have that in a community, I think it does play into what we're seeing. There's definitely no question that that plays into, no consequences, increased crime."

"We're seeing an increase:' Assaults with a weapon in Billings up from 2020