Carlson "Duke" Goes Ahead, Vice-Chairman of the Crow Tribe and father of Lenita Goes Ahead, says he chooses to forgive Taylor Leigh Plainbull for his alleged involvement in Lenita's death.

In a statement released Tuesday night, Goes Ahead says he does not condone Plainbull's actions in any way, but says it is not his place to judge his actions.

He also says Plainbull is the father of his granddaughter.

Goes Ahead also remembers his daughter as "an accepting and loving young woman who cared and prayed for all who needed it."

Goes Ahead thanks several government agencies for their efforts on the case and for apprehending Plainbull.

You can read the statement in its entirety below.

If you'd like to donate towards Lenita's family, you can visit their GoFundMe page. 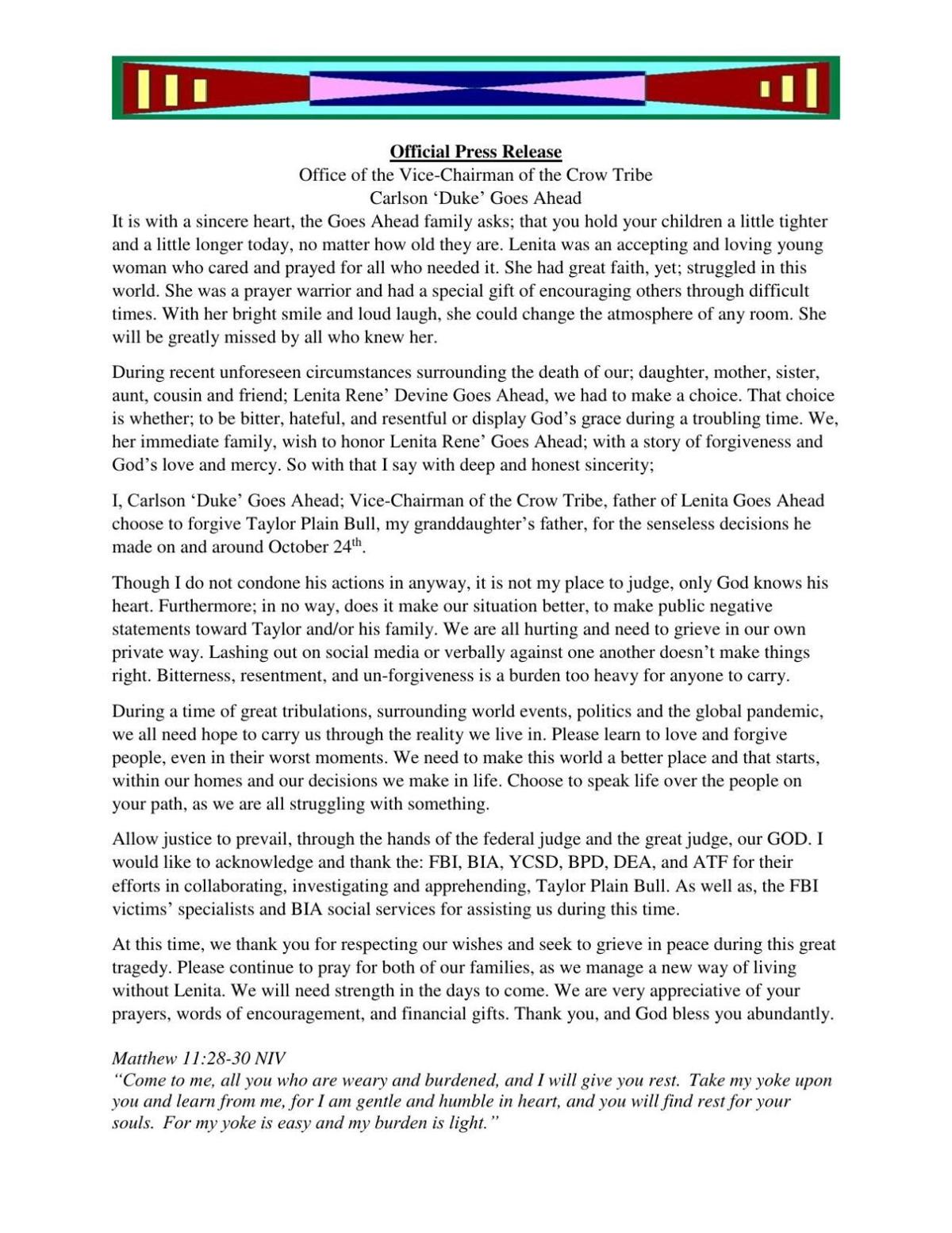