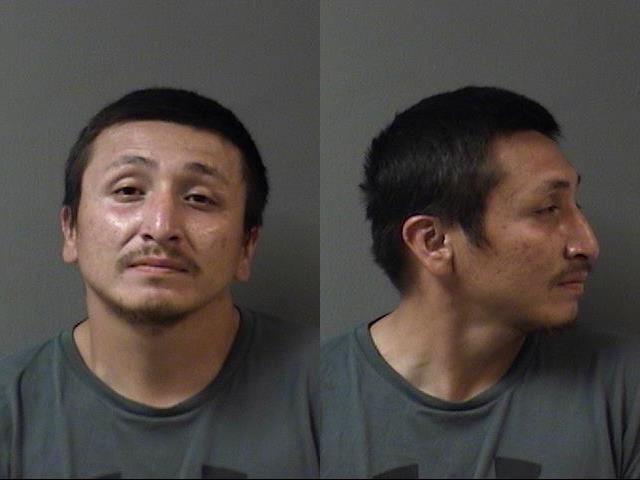 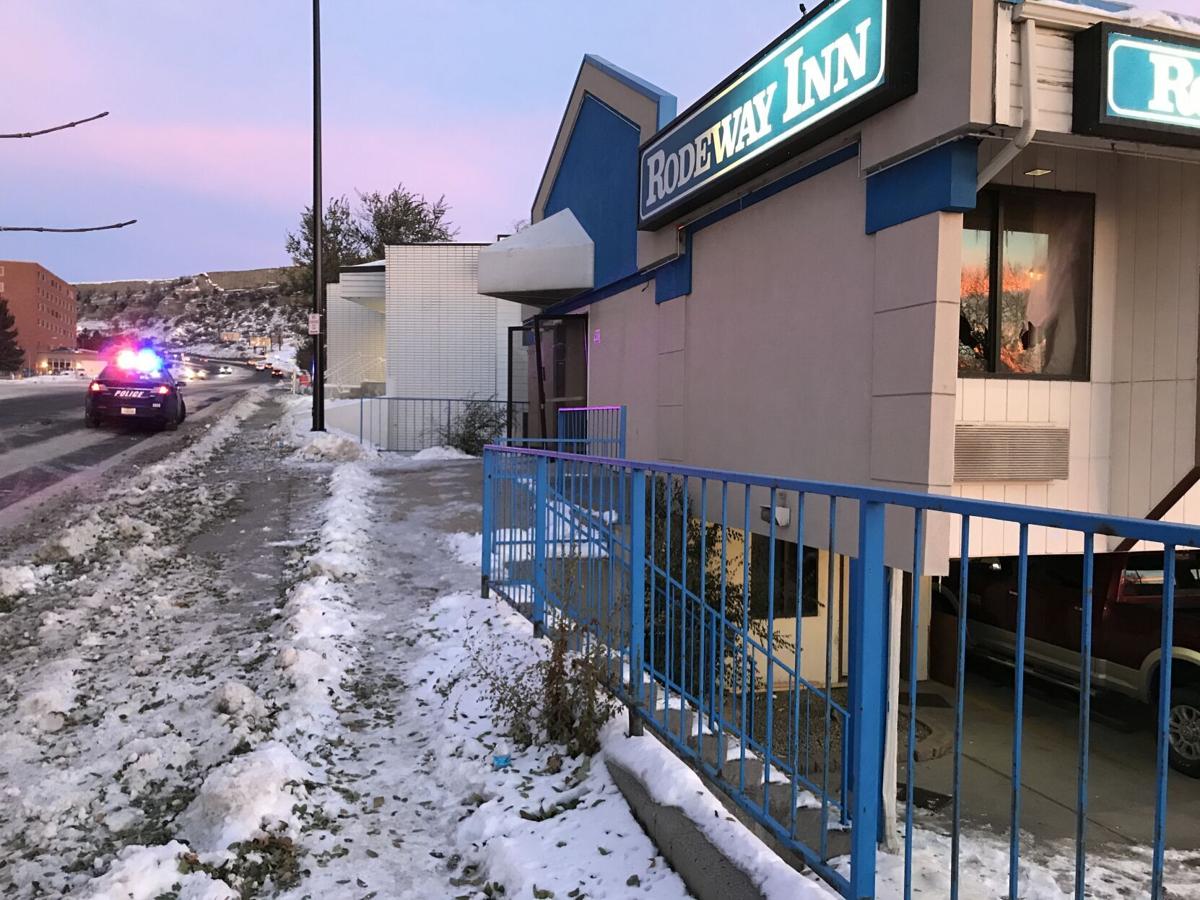 BILLINGS- A man is being charged after he reportedly drove his ex-girlfriend off the road, shot her and took her child.

On October 24 a woman was driving from Pryor to Billings in a car with a man and her child.

While the woman was driving westbound on Blue Creek Road, Taylor Leigh Plainbull passed her driving what was believed to be a stolen truck. Court documents noting the woman had previously been in a relationship with Plainbull.

After Plainbull passed the woman, he turned around and chased after her.

Plainbull passed the woman’s and stepped on the breaks, forcing her to drive into oncoming traffic.

Plainbull then forced the woman’s car off the road and into the ditch off the side of the road.

Due to extremely cold and snowy weather, the woman was unable to get her car out of the ditch.

The woman locked the doors and the man in the car called 9-1-1 as Plainbull approached the car, brandishing a black pistol.

The man reported he saw a flash and heard a gunshot, reporting he heard about three shots.

Plainbull walked around the car to the driver’s side and checked on the woman while her child got out of the car and stood by the rear passenger tire.

Plainbull then walked back around the car, grabbed the child and drove away in the truck.

The man was given treatment at the scene by emergency medical personnel and gave a statement to law enforcement.

After being transported to Billings for further treatment, he gave a statement to an FBI agent and identified Plainbull as the shooter based on a photo.

A search of the scene found a spent .45 caliber shell near the front passenger tire and one under the victim’s body.

A preliminary examination of the scene appears as if the woman was hit in the face and chest by at least one bullet, and the victim was pronounced dead at the scene.

The U.S. Attorney's Office is charging Taylor Leigh Plainbull with first degree murder, alleging he murdered a person with premeditation.

Court documents say three victims were involved in the incident, and one person, 26-year-old Lenita Goes Ahead, died at the scene. 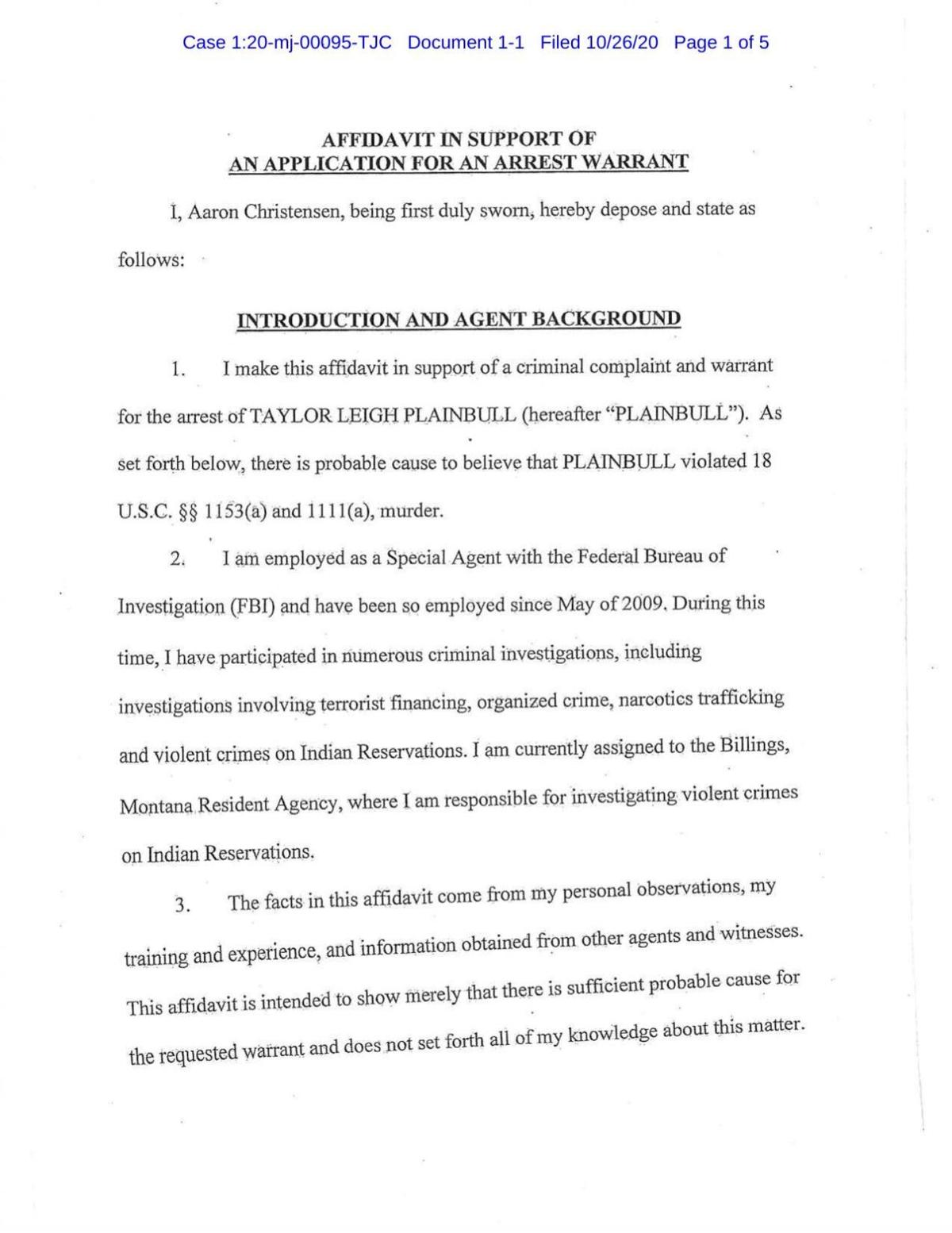 Lt. Brandon Wooley with Billings Police says that Plainbull was taken into custody on a valid federal arrest warrant at 6:00 a.m.

Wooley says that the SWAT team was forced to deploy gas into the room at Rodeway Inn because Plain bull was refusing to cooperate.

Plainbull was wanted by the FBI in connection with the investigation into the murder of Lenita Goes Ahead.

Plainbull is in custody in the Yellowstone County Detention Facility on a federal hold with no bond.

BILLINGS - The Billings Police Department tweeted they were at a standoff with a homicide suspect on North Twenty-seventh Street Tuesday morning in Billings.

Billings Police say Taylor Plainbull of Crow is arrested after he was reportedly armed and barricaded at the Rodeway Inn.

No injuries are reported.

We will provide more information as it becomes available.

Update on Barricaded Gunman at the Rodeway in. Stand off is over. The homicide suspect from Crowe, Taylor Plainbull is in custody. No injuries. 27th will be open shortly. More details later this morning. LT Wooley

BILLINGS - Both northbound and southbound lanes on North Twenty-seventh Street are shut down Tuesday morning.

According to a tweet from Billings Police Department, the roadway is closed from Poly Drive to Airport Road. Northbound traffic is rerouting west onto Poly Drive, BPD adds.

BPD will provide an update once the roadway opens back up.

Father of Lenita Goes Ahead chooses to 'forgive' murder suspect

Carlson "Duke" Goes Ahead, Vice-Chairman of the Crow Tribe and father of Lenita Goes Ahead, says he chooses to forgive Taylor Leigh Plainbull for his alleged involvement in Lenita's death.