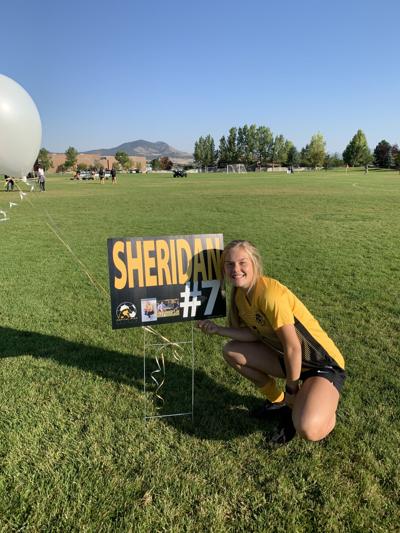 Even during this tough time, students from around the Treasure State are continuing to help out their communities. Take Jaymee Sheridan for example, she is setting up virtual events for the Special Olympics.

"We're not able to go visit them in the classrooms because again they're really high risk so we are videoing ourselves giving them crafts to do, so we are doing that three weeks leading up to it with St. Patrick's Day, Valentine's Day. We are just trying to really get them into it... this year we had all of these events planned and then COVID kind of took over but we are just re-adjusting," Sheridan said.

It's not everyday you get to be a starting point guard on a team as talented as the Capital Bruins, but this is something that Sheridan has been working towards for a while.

"It's funny there's times where I'll tell her hey call out what we want and let's go run our offense and every once in a while I'll kind of jump in and we'll be calling the same thing and I'll be like okay get out of my point guard's way. Let her do her thing," said Bruins head coach Katie Garcin-Forba.

"Ever since I was in 7th or 8th grade I've played with all of these girls which has been cool and the starting five we were all on the same travel basketball team in 8th grade so that chemistry has been building for four years. I think last year during our state games we just totally got to the next level and I trust all of my teammates on the court 100 percent," Sheridan said.

As Sheridan prepares herself to go and play college soccer at Carroll next year, she also wants to continue to serve her community along the way.

"I really got into the medical programs at Capital and I really liked this and really enjoyed it and I never got bored of it then I just decided I want to help people and I do like the medical track so I want to be a nurse," Sheridan said.

Sheridan and the Capital bruins are going for their second straight state title and as one of her teammates said you can never have enough.

Diggers pull away from Rocky in second half, sweep Battlin' Bears