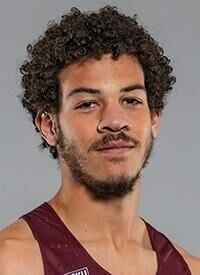 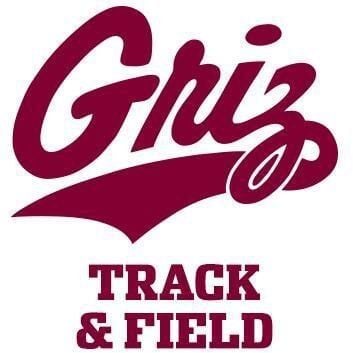 There were event winners, school records and plenty of individual bests for the Montana track and field team this past weekend at the Lauren McCluskey Memorial Open in Moscow, Idaho.

Jaydon Green added another piece to his legacy on Saturday. He ran a 7.86 in the final of the 60-meter hurdles, breaking his school record of 7.97 from last year. It put him onto the podium in the event, trailing only Northern Colorado's Jerome Campbell and an unattached runner.

"I think the highlight of the meet for our team was Jaydon Green breaking the school record in the 60-meter hurdles," UM coach Doug Fraley said. "Outstanding performance for this young man who leads our team both in performance and character. I'm really happy for him."

The Grizzlies also had strong performances in the middle distances on the women's side. Holly Sudol, participating in her first meet of the season and running the 400 meters at an indoor meet for the first time, ran a 56.45 to take first. It backed up an impressive performance in the 200 meter for Sudol as well, as she led all of Montana's runners with a fifth-place finish there.

In the 800, Katie Whitehurst cut more than two seconds off of her time from last week, which was already a PR for the sophomore out of Whitehall. She finished in 2:14.50 on Saturday, winning her heat and the overall event by almost a full second.

"Any time you go up against good competition like that and get a couple of event wins with big PR's for those ladies, it's outstanding," Fraley said. "I'm really proud of them."

Freshman Erin Wilde improved on her season-opening mark in the high jump and very nearly made it a third event win for Montana. She cleared 5-4.5 to finish in a tie for second with Washington State's Suzy Pace.

Ariel Clark of Deer Lodge made the podium of the women's weight throw, hitting 53-0 for a big improvement from last week to place third in the event. Savana Ramirez also increased her distance from the Spokane Indoor Challenge, throwing 50-5 to take sixth place.

The throwing group had improvement on the men's side as well. Noah Ramirez increased his mark by nearly four feet from the season opener. He narrowly missed the podium, finishing fourth in the weight throw. He had another improvement in shot put, throwing 51-4.5. This time, it was enough for a podium finish in third place.

Friday night saw a lot of excitement for Montana in the men's pole vault, where Zane Johnson set a new PR and also finished in second with a vault of 16-0.75. Johnson led a strong performance from Montana in the category, as Carson Weeden finished fourth and Carter Petersen seventh.

"The highlight of Friday was Zane Johnson breaking the 16-foot barrier. That moves him way up on the conference list and any time you break a new foot barrier in the pole vault is a reason for celebration," Fraley said. "I was really proud of him to be able to do that."

The women's vaulters had a great day as well with Montana claiming four of the top eight spots in the competition. Aly Tekippe made her way onto the podium with a vault of 12-4, breaking 12 feet for the first time in her indoor career to finish in third place.

Emma Zimmerman went 11-10 to finish fifth, while Shealyne McGee and Molly Chambers both went 11-4.25 to finish sixth and eighth.

In the women's mile, junior Jaylyn Hallgrimson led Montana and finished 10th overall thanks to the best run of her career. She finished in 5:11.18, over 23 second faster than her previous PR to win her heat. Montana had four other runners finish in the top 20 in the event.

"As a team, we had a really well-balanced effort. We had a lot of season bests, indoor best and lifetime bests in distance, sprints, hurdles, throws and jumps," Fraley said. "As a coach, that's what you want to see. You want to see your team developing in each of the event areas, and we were able to do that this weekend and make some great strides."

'Keeping a tradition': Michael Hupp to play in Shrine Game 74 years after his grandfather