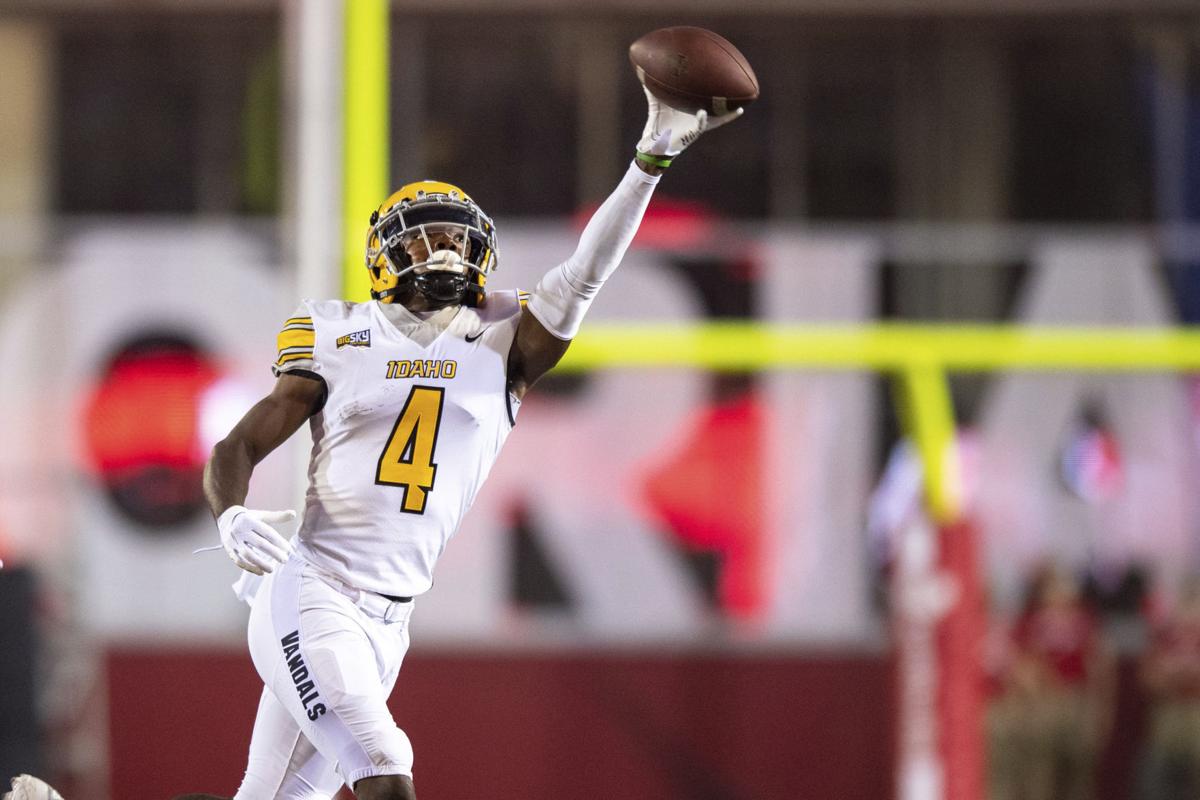 Idaho wide receiver Mekhi Stevenson (4) attempts to catch a pass during the Vandals' 56-14 loss to Indiana on Sept. 11 in Bloomington, Indiana. Montana plays at Idaho at 5:30 p.m. MT at the Kibbie Dome in Moscow, Idaho. 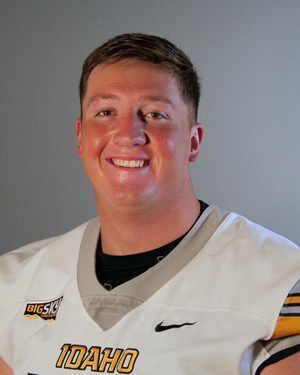 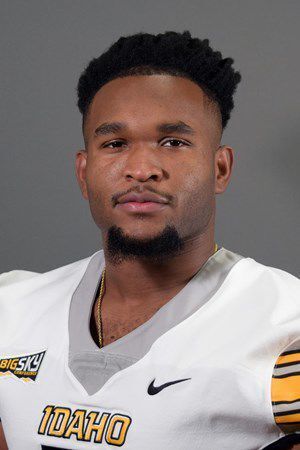 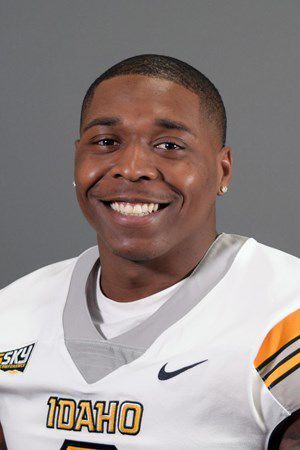 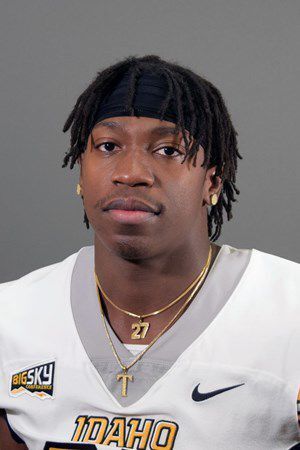 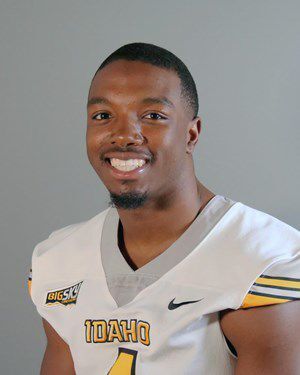 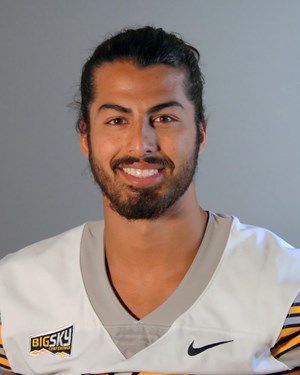 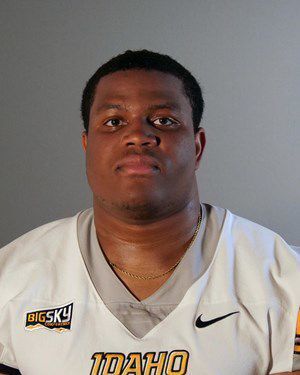 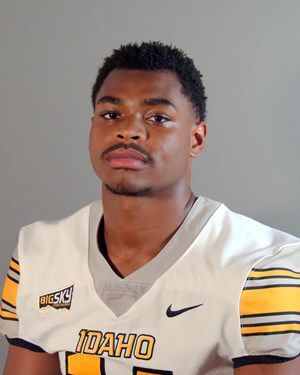 MISSOULA — Idaho brings a stout defensive front seven and several options at quarterback to its game against Montana in a battle of teams who are 1-2 in Big Sky action.

Here are the key Vandals players to watch when the teams kick off at 5:30 p.m. MT Saturday at the Kibbie Dome in Moscow, Idaho.

The 6-foot, 187-pound sophomore from Kennewick, Washington, is coming off his first start of the year after he came in as a third-string, package QB. Borisch is a running QB who leads Idaho and is 10th in the Big Sky with 52.8 rushing yards per game, while carrying the ball a team-high 59 times and running for four TDs. He’s 5-of-8 passing for 104 yards, 1 TD. Regular starter Mike Beaudry and backup CJ Jordan missed the past game because of injuries. Beaudry is 71 of 110 for 776 yards, three TDs and one INT. Jordan is 14 of 31 for 198 yards, two TDs and two INTs.

The 5-foot-8, 250-pound sophomore from Starke, Florida, is providing a boost to the running back-by-committee approach after he missed the spring season. Carter leads the Vandals with six rushing TDs and is third with 161 rushing yards. Elisha Cummings is second with 241 yards and one TD, while Roshaun Johnson has added 138 yards and four TDs. The Vandals are second in the Big Sky with 17 rushing TDs, compared to just six passing TDs. They’re third in the Big Sky with 189.8 rushing yards per game but are 12th of 13 teams with 193.3 passing yards per game.

The 6-foot-4, 212-pound sophomore from Louisville, Kentucky, is the Vandals’ top wide receiver in his first season after transferring from FBS Western Kentucky, where he was a 3-star recruit out of high school. Traynor is 12th in the Big Sky with 58.5 receiving yards per game. He leads Idaho with 26 catches for 351 yards, and he has one TD grab. Traynor’s addition has been big because Hayden Hatten, a first-team All-Big Sky WR in the spring, has been limited to three games. Hatten has three of Idaho’s six TD catches and a team-high 71.7 receiving yards per game.

The 6-foot-4, 298-pound junior from Kearns, Utah, is once again the anchor of Idaho’s offensive line. Floyd is in his fourth season as a starter and has started in 32 of the team’s 35 games going back to his true freshman season in 2018. He’s started there in five of six games at center this season due to an injury to the starter. Floyd was an All-Big Sky honorable mention in the 2021 spring season as an offensive tackle, his normal position. The Vandals have started the same O-line in five of six games, going with three juniors, one sophomore and one redshirt freshman.

The 6-foot-1, 250-pound senior hybrid defensive end/linebacker from Inglewood, California, is carrying over his standout play from the spring after he had his 2019 season cut short because of an injury. Akanno is a wrecking ball in the backfield, leading the Vandals and being tied for seventh in the Big Sky with four sacks. He also leads Idaho and is tied for 10th in the conference with seven tackles for loss. Akanno also has four of the Vandals’ nine QB hurries and one of the three forced fumbles. He’s tied for the team lead with two PBUs and is seventh with 20 tackles.

The 6-foot-1, 240-pound junior inside linebacker from Dos Palos, California, came into the year as the Big Sky preseason defensive MVP after he earned five All-America honors in the spring. Walker is tied for fourth in the Big Sky with 9.2 tackles per game as he’s totaled 55 tackles in six games. He’s added three tackles for loss, one forced fumble and one PBU. Weakside linebacker Fa’Avae Fa’Avae is third in the league with 9.6 tackles per game, a total of 48 in five games, to go with three TFLs. Backup Hogan Hatten is second on the team with five TFLs and two sacks.

The 6-foot-1, 196-pound senior strong safety from Lancaster, California, was one of two Idaho defensive backs to earn second-team All-Big Sky honors in the spring, along with cornerback Jalen Hoover. The pair of seniors came into the season with 79 total games played as they head up a young secondary. Dedmon has one of Idaho’s three INTs and is tied for the team lead with two PBUs. Redshirt freshman CB Marcus Harris has 33 tackles, fourth on the team. Sophomore nickelback Sean McCormick and true freshman safety Tommy McCormick each have one INT.

The 6-foot, 189-pound senior is the best punt returner in the Big Sky after playing in 36 games over three years as a WR at UNLV. Stevenson is tops in the league with 15.3 yards per return. He has a long of 31 yards. Nick Romano, a second-team All-Big Sky kick returner in the spring, is fifth in the conference with 23.2 yards per kickoff return, with a long of 47 yards on 12 returns. Punter Caleb Lightbourn is seventh in the Big Sky averaging 45.5 yards across 26 punts. Kicker Logan Prescott is just 1 of 4 on field goals, making one from 21 yards and having one blocked.

Frank Gogola covers Griz football and prep sports for the Missoulian. Follow him on Twitter @FrankGogola or email him at frank.gogola@missoulian.com.

Huskies take down the Badgers in four sets