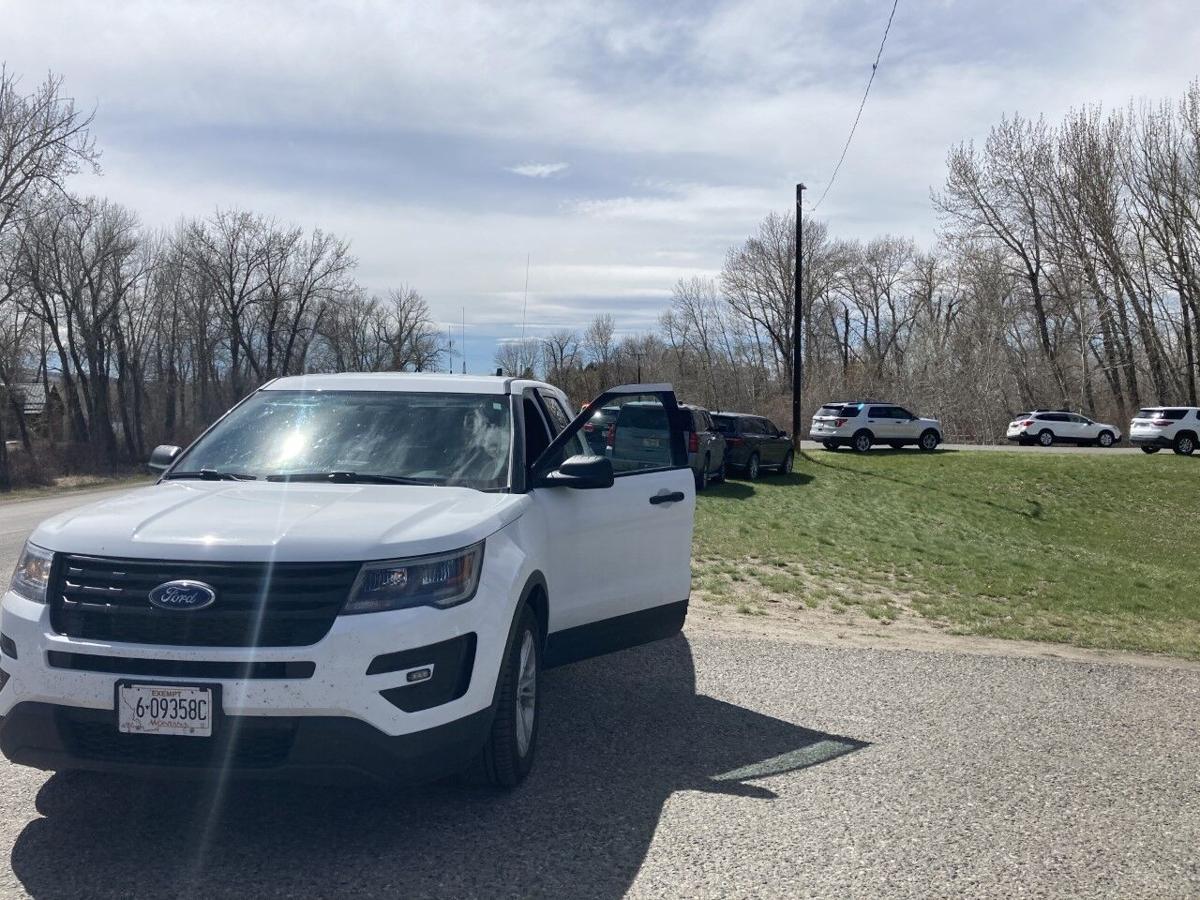 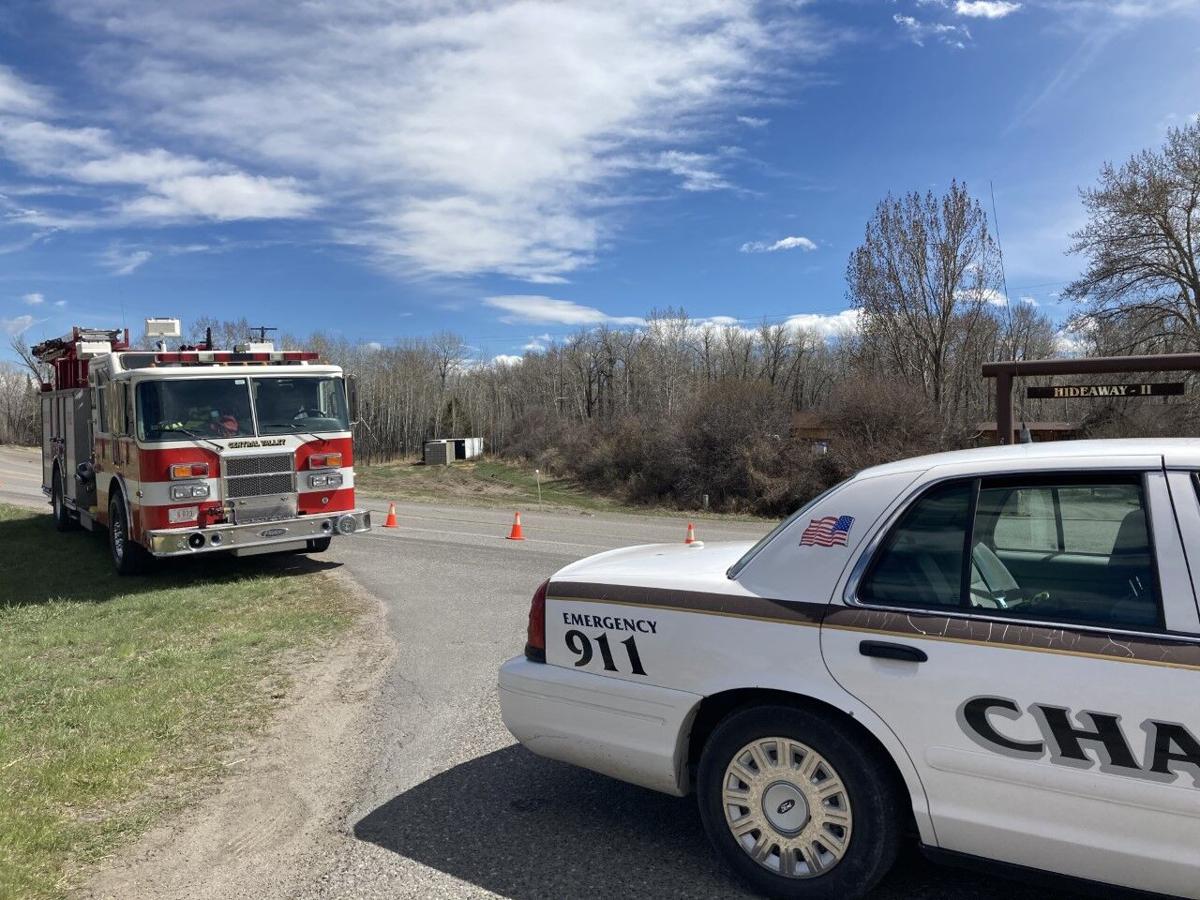 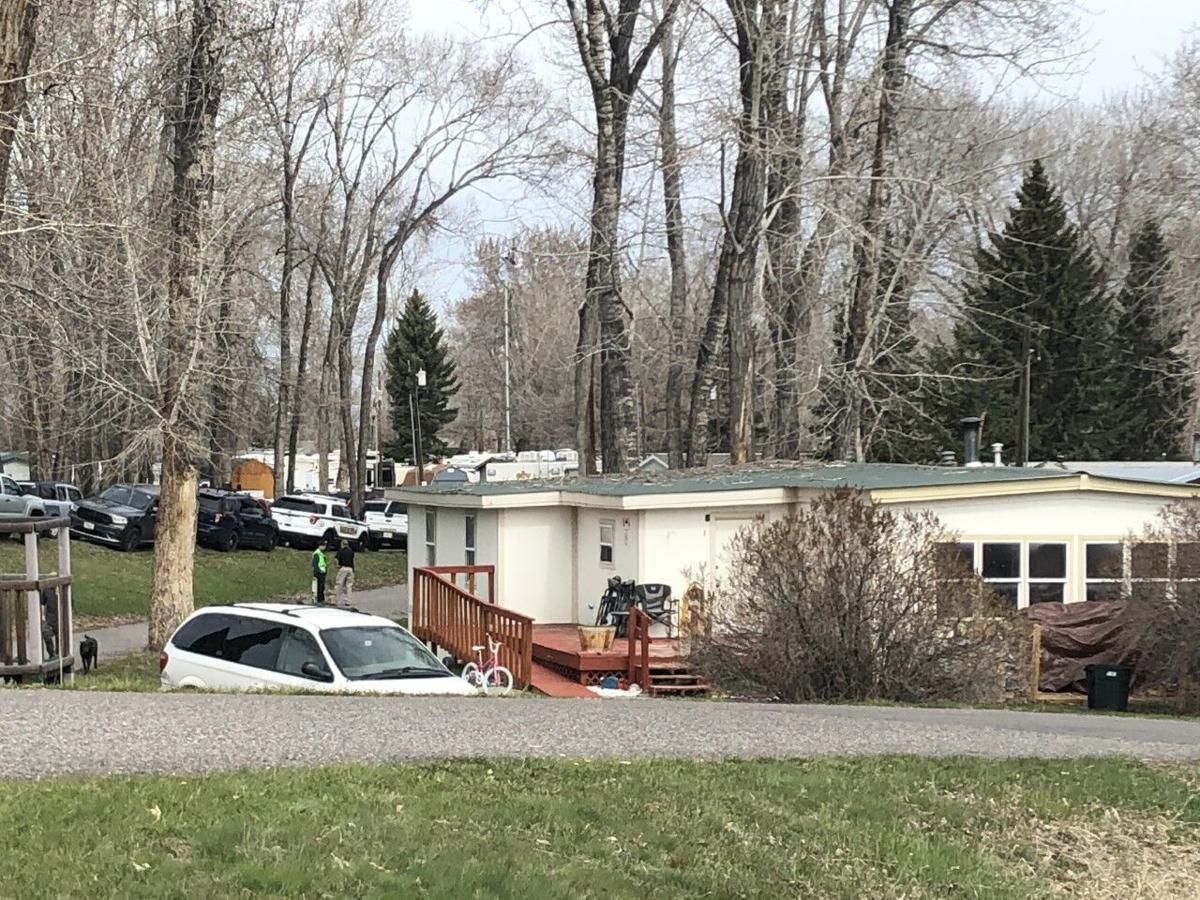 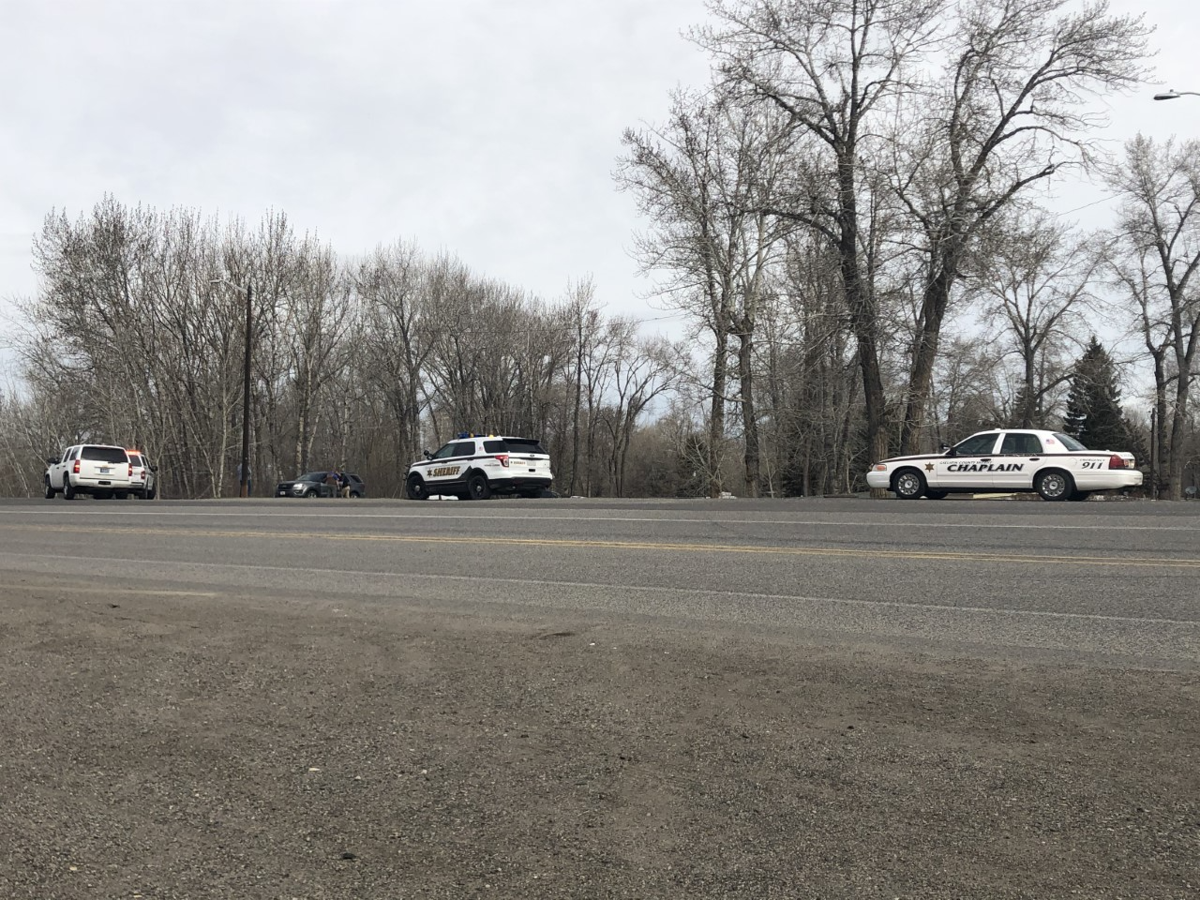 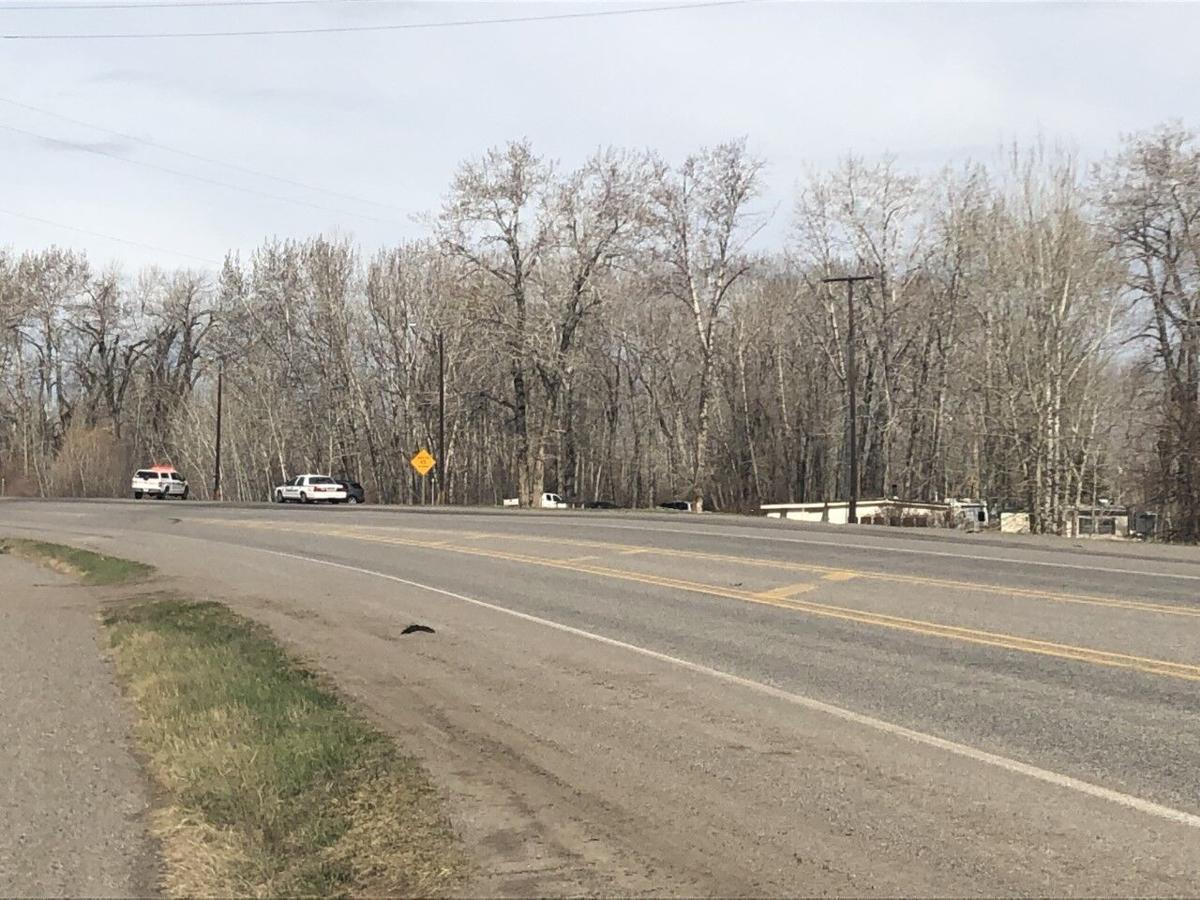 After twelve hours of negotiations, the Gallatin County Sheriff's Office confirms a standoff situation with an armed man is resolved.

The incident began at 8:40 a.m. Thursday morning when Gallatin County emergency crews responded to the Forest Mobile home park after a man, armed with a pistol and Taser, barricaded himself and a woman hostage inside a home on Norris Road.

According to a release from the Gallatin County Sheriff's Office, the woman was released at approximately 2:50 p.m. No injuries were reported.

The man remained inside the residence while law enforcement continued contact throughout the day.

At approximately 7:30 p.m. the sheriff's office says the man shot himself. He was immediately treated on-scene then transported to Bozeman Health Deaconess Hospital for further treatment.

Residents have been allowed back into their homes.

Gallatin County Sheriff Dan Springer wanted to thank the residents for their cooperation and patience throughout the day.

An investigation is still ongoing. Sheriff Springer said the Division of Criminal Investigations will assist.

The Gallatin County Sheriff's Office is reporting the situation in Forest Park mobile home park has been resolved.

At this time an investigation is continuing and residents can go home according to the sheriff's office.

"Thank you for your patience throughout this incident," Gallatin County Sheriff's Office wrote in an update.

BOZEMAN, Mont. - The Gallatin County Sheriff’s Office says the hostage has been released and is safe.

At this time negotiations are continuing with the suspect who is still barricaded inside the residence.

According to Sheriff Springer, a call came in around 8:40 am about a man who showed up at a house and took a woman hostage.

At this time law enforcement knows the man is armed with at least a pistol and a taser.

Law enforcement is communicating with the suspect to get him to release the woman.

“It’s difficult to predict the future on these kinds of things,” Sheriff Springer said. “Even though he is communicating with us… we hope things don’t change but they can.”

Residents were initially told to shelter in place and at this time 21 residents have been evacuated, however, Sheriff Springer says some people did not answer their doors and law enforcement will have to go back through.

Salvation Army and Red Cross are working with residents evacuated to get them a place to stay Thursday night if needed as well as any immediate needs.

If you have been evacuated and have a special need to enter the park for medication, pets, etc., you are asked to call 211 and they will take your contact information for a Gallatin County Sheriff's Office representative to contact you.

Multiple agencies are on scene including the Bozeman Police Department, Lewis and Clark Sheriff’s Office, Central Valley Fire and the FBI.

Sheriff Springer says they are planning on multiple operation cycles in the event that they are needed, but they hope to have the situation taken care of quickly.

Negotiators are working on communicating with the armed suspect in the hostage situation in the Forest Park community off Norris Road in Bozeman, the Gallatin County Sheriff's Office said.

GCSO said in a release there are several resource agencies at the location to make sure everyone involved is safe.

Our reporter on scene said there is a special command unit, BearCat and bomb squad at the location of the shelter in place on 27901 Norris Road in Bozeman.

A resident in the area told our reporter on scene tons of of law enforcement and bomb squad came to tell her to leave at 8:30 a.m.

Our reporter on scene said the barricaded person is armed in the area of Forest Park Mobile Home and RV Park on MT 84 Norris Road in between Four Corners and Cottonwood Hills Golf Course.

BOZEMAN, Mont. - Right now, there's a shelter in place order for people on 27901 Norris Road in Bozeman, outside of Four Corners on Norris Road, according to Gallatin County Emergency Management.

According to the release, the armed barricaded person is in a residence and law enforcement is at the scene.

We will bring more information as it becomes available