MISSOULA, Mont. – It was February 4, 1974. Five-year-old Siobhan McGuinness was walking home from a neighbor’s when she seemingly vanished. It was just a block or two, but that’s all it took for a killer to find her. An aggressive search for the little girl ensued. A few days later, the entire community’s worst fears were realized.

“She was found outside of Missoula, east of Missoula,” her father Steve McGuinness said. “She was violated, it was very awful.”

Everyone was a suspect, and an aggressive search for a killer was on. But Steven told our Hayley Guenthner when the family first asked her feature the case in 2019, that he never suspect the killer was someone the family knew. Or even someone local.

“I have always known deep inside that it was a stranger,” he said. “Someone who was here for a very brief period of time. On the move. It's like the perfect storm. It was just a couple of blocks. Yep. Couldn't have been more three. It was dinner time in February. It was dim. Twilight. In the winter, windows are closed. You don’t hear what's going on outside. It was like the perfect situation for that to happen.”

For evil to happen. Siobhan’s killer did leave behind DNA. It was carefully and perfectly preserved for more than four decades. Knowing police had that, gave Steven some hope.

“I was rather amazed this has happened, but not totally surprised,” he said. “DNA is an amazing thing. That there was enough to make the match. That's what amazed me.” 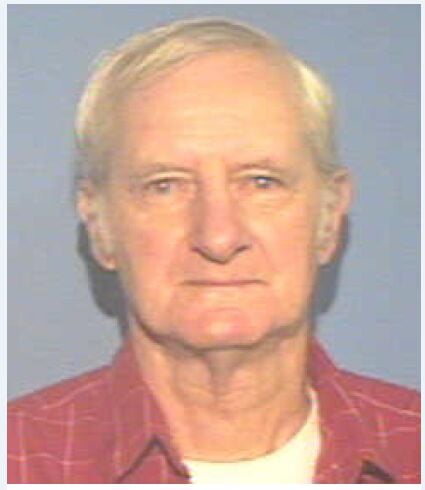 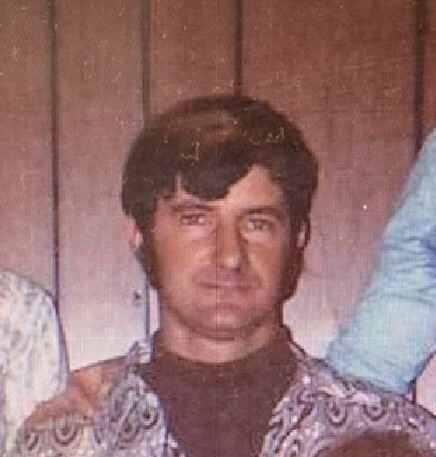 Steven and his daughter Oona got the call that there was a massive break in the case several weeks ago. They were given the suspect’s name. It was one they had never heard before. Steven’s intuition that it was a stranger who got his daughter proving to be spot on.

Davis, according to the family, had no ties to Missoula and was from out of the area last known to be living in Arkansas. He passed away eight years ago due to natural causes.

“He’s lucky I cannot reach him,” Steven said. “That's all I would say to that.”

When Siobhan was murdered, Steven and her mother were no longer together. He had since moved on and found someone new. In the years after Siobhan’s death, they started a family together. They had a daughter named Oona.

It was Oona who wrote to our Hayley Guenthner and asked her to feature her sister’s case. A sister she was robbed of ever meeting.

“It’s been a very hard thing for our family to deal with,” she told Hayley in a 2019 interview. “I never got a chance to meet my sister, but I think about her often.”

Oona has fought to keep the story in the public eye and for justice for her sister. She was cautiously optimistic maybe something would come of the case. This Fall, she got a phone call that changed everything.

“They basically let us know, it had been solved,” she said. “They told us there were a few more details to wrap up, they were waiting on some lab work. It was pretty sudden. They just called and let me know.”

They also revealed details about who the suspect was during a meeting with the family earlier this month.

“He was a pretty normal looking guy,” she said. “He had a pretty large family. He left behind a widow. The (detective) said, it's extremely rare for this type of criminal to have maintained a family. He moved around a lot. He moved suddenly. He would tell his wife, I have a job in Florida. We're moving to Florida. They would get there and there wouldn't be a job. It was a lie to relocate the family quickly.”

And now both Siobhan’s loved ones and law enforcement are left wondering if that was to potentially cover up other crimes.

“This is the pathological behavior of a person,” Steven said. “And it shows up early on. Moving abruptly for no reason. Erratic behavior, even with someone with a family. But the family seems to be a cover for his activities. So he could appear normal. Evil never sleeps, I guess.”

“Missoula Police and the FBI are reaching out to the places he had moved,” Oona said. “Maybe this will lead to many other cold cases being solved. The likelihood is strong, that will happen.”

And all of this because one of Davis’ relatives had provided their DNA to a consumer database. The family was told experts who helped catch the Golden State Killer offered assistance on Siobhan’s case.

“A year ago when they called me, they weren't sure they had enough of the original sample to draw from,” Oona said. “Just recently we go the news, they did run it a second time. They did find a match. I believe it was initially probably a niece or a sister. The FBI went there and interviewed them. They said we have a familial match to an unsolved murder...then it kind of evolved quickly.”

Oona says investigators had already run the sample against the known criminal database. The consumer one was their last hope.

“The advances are pretty amazing,” she said. “They really had to track this guy down...and even the family...I'm thinking about them a lot. They thought their father's behavior was odd, but they had no idea, and I can't imagine what that must be like for them.”

Oona and Steve say with help from the suspect’s family, investigators were able to vet the timeline and his whereabouts in February of 1974.

“The detectives told us his wife said...he told her...I want to go see my nephew in Oregon,” she said. “It was the time frame of when she was taken. And he was originally from New York. All these years, there have been witness statements in the case that people had seen a Cadillac with New York plates. It really stood out in Montana. No one could figure that out. But it's looking like since that's where he's from, more than likely that it was his car they had seen.”

And while the family now knows the ‘who,’ they have come terms with the heartbreaking fact that other answers will never come, including how he got her.

“She was just walking home,” Oona said. “It was really just an absolute stranger situation.”

The family hopes through Siobhan’s case, other families may get the same closure. They say they were told the horror of the suspect’s past was weighing on him before his death.

“I was told by the detectives that as he was dying he became extremely religious and left some letters behind stating that he had been a very bad person,” Oona said. “He did leave indications that he was seeking forgiveness toward the end of his life. This was a man who had children. They showed us pictures. He was holding a baby, he had daughters.”

And Oona says while she’s overcome with gratitude for the answers on her family’s case, her heart breaks for those who were close to her sister’s killer.

“At this point, the family he is survived by, there isn't any indication of child abuse or spousal abuse,” she said. “He had children who loved and adored him. It has to be so hard. If his family sees this, I want them to know how much it means that they were willing to talk about this. They didn't have to. They accepted this information and worked with everybody. I can't imagine how they must be feeling.”

This cold case had so much working against it, but the right people for it.

“Those original detectives are why,” Oona said. “I'm absolutely amazed. We're her family, we care deeply, but something this aged, 47 years now, asking people to care that deeply after this long...and they do. It’s been so close to so many hearts.”

Oona’s mother passed earlier this year. She was a rock for Steven when Siobhan was murdered, staying strong through her own pain. Oona says she knows, her mother loved Siobhan so incredibly much too and believes they worked together from above to help get this thing closed.

“I think they were in cahoots, the minute the found each other up there they were like let's get this done,” she said. “My mom was a problem solver. She loved that little girl...she did. She really did.”

So many did. And they’re finally getting to see this case closed.

“It’s a really amazing thing for both of her parents to see this...especially for so many decades we just thought there was no way,” Oona said.

So what’s next? The family will be spared a painful trail as the suspect is dead. Their focus now is just continuing to say ‘thank you’ to the investigators who never stopped trying.

“It’s closure…I feel an incredible lightness of being,” Steven said.

MISSOULA, Mont. - A rooftop garden is planned to honor the victim of a horrible crime in 1974.