Skip to main content
You are the owner of this article.
Edit Article Add New Article
You have permission to edit this article.
Edit
Welcome, Guest
Home
News
Election Headquarters
Weather
SWX Sports
Nonstop News
Wake Up Montana
Featured
Contests
Toys for Tots
Skilled2Work
Connect
Vote For Student of the Year
1 of 10 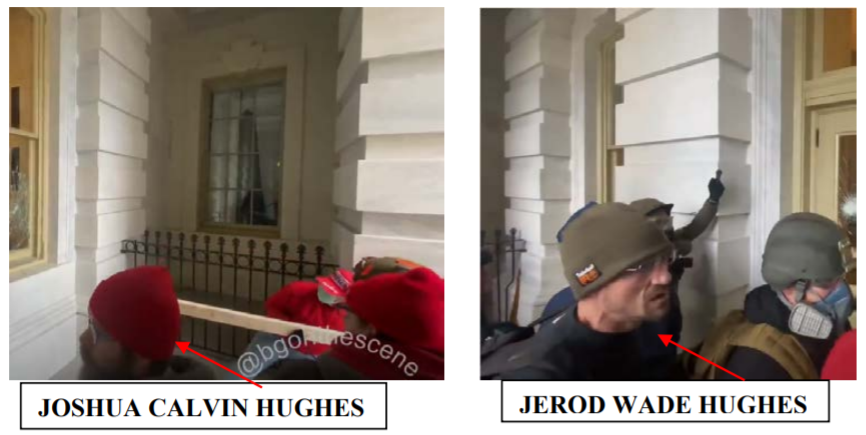 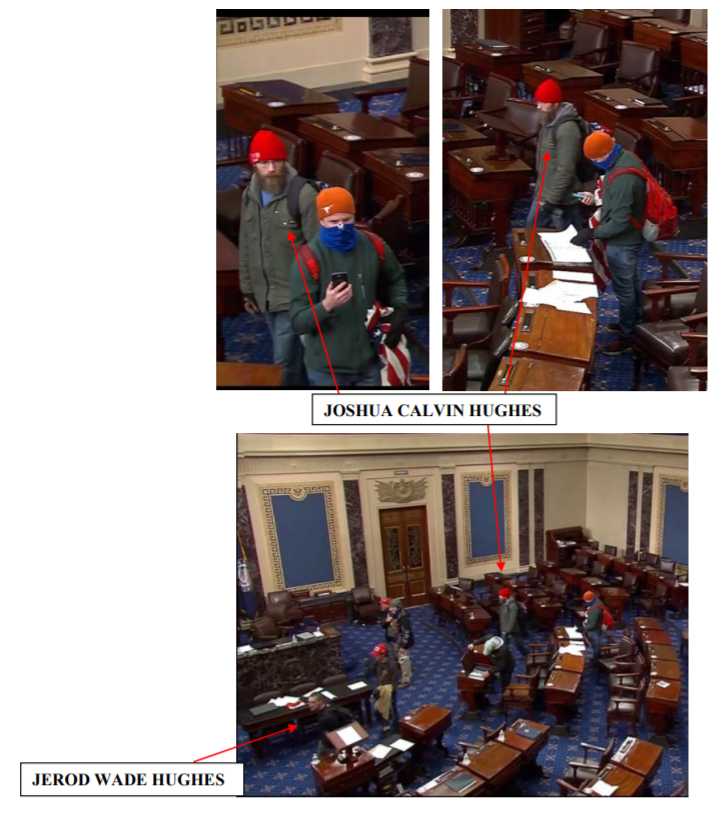 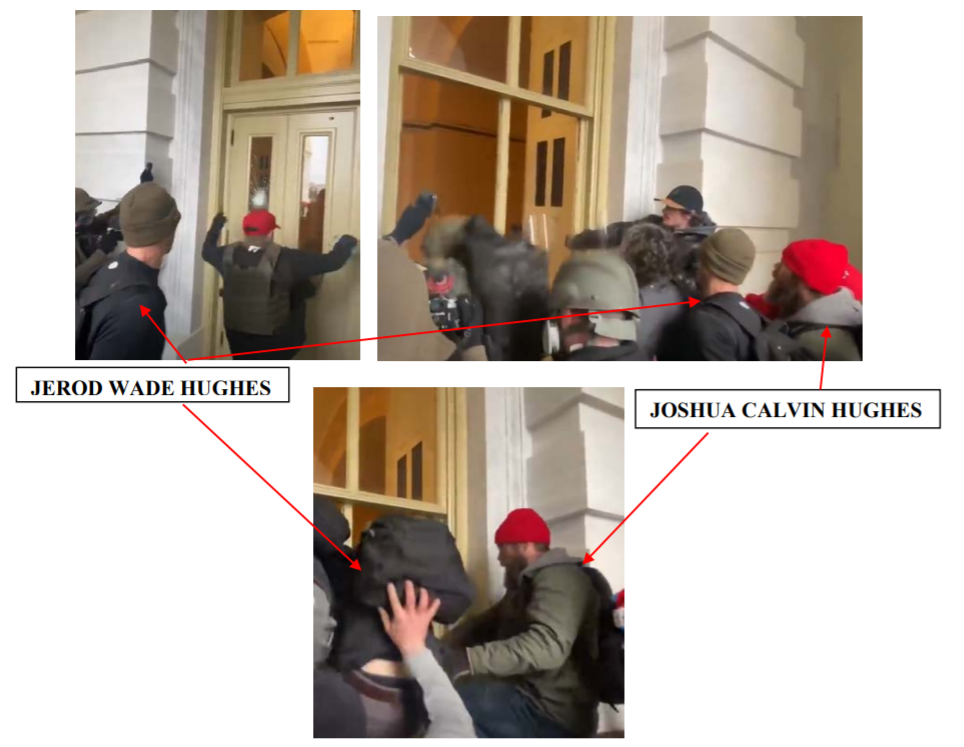 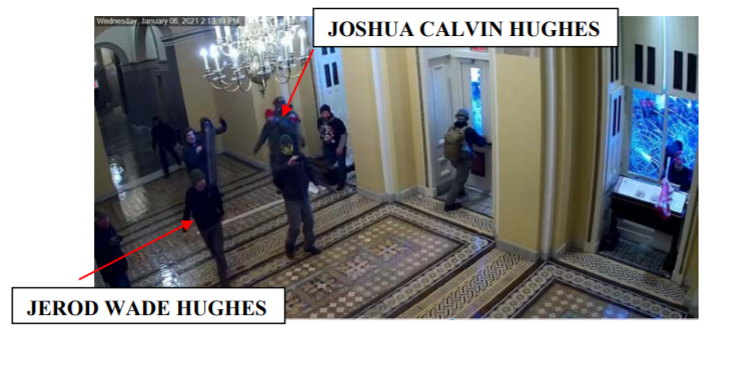 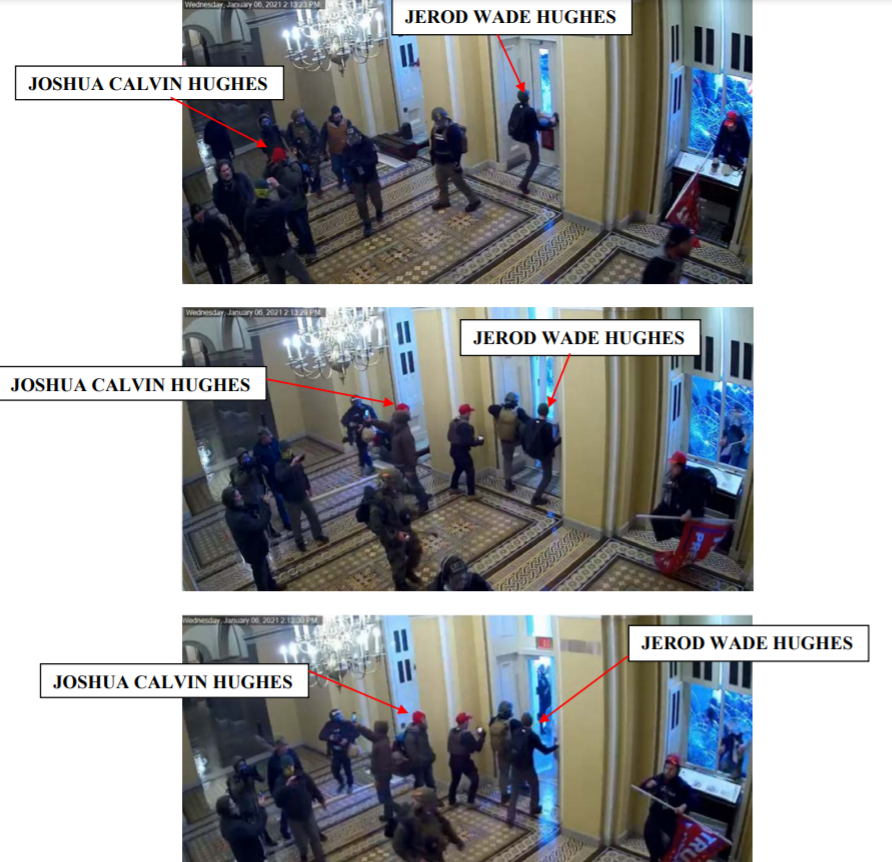 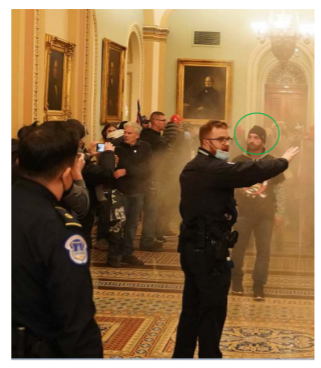 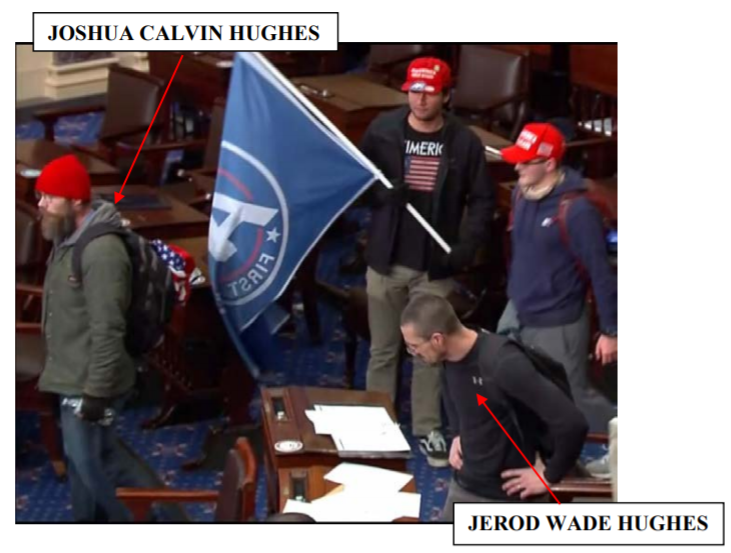 HELENA, Mont. - New evidence against Jerod Hughes, one of two Montana brothers who is charged in the Capitol breach on Jan. 6, has been released after Hughes filed a motion for bond.

In Hughes’ motion for conditional release and during the detention hearing in the matter, Hughes argued that his case was distinguishable from those of other Capitol rioters because he had no prior plan or intent to breach the Capitol before Jan. 6.

The U.S. Government, in an effort to prevent Hughes’ motion for conditional release, released text messages from Hughes’ phone, saying Hughes planned in advance for the possibility of storming the Capitol and received donations from others who hoped he would represent them in Washington, D.C.

The following information is from the court documents:

On December 29, 2020, Defendant had the following text message exchange with Person One:

Person One: Yo buddy, do I wish I could go with you guys too [sic] Washington. It’s not in the cards for me. But I admire the both of you for heading that direction. And I would also like to sponsor your trip in any way that I can . . .

Person One: I also just bought a couple of fold down cots that you can take with you. If you guys don’t have any.

Defendant: I appreciate it buddy. We’ve got 275 in donations for gas. My old buddy Bob tried donating ammo. People are down for the cause.

On January 1, 2021, Person One sent another text message to Defendant, offering an additional $100 and “some weed” for Defendant to take with him to D.C. Later that day, Defendant exchanged text messages with Person Two:

Person Two: You and Josh take care on your pilgrimage to DC. If I was younger I would go to [sic]. Be prepared for a fight. Give em hell!

Defendant: Stay tuned tomorrow buddy Trump is gonna drop the hammer or we are.

Person Three: Right on. I really hope Pence doesn’t open those envelopes. Get some hearings going crack down on these courts. The spineless bastard’s [sic].

Documents also state Hughes sent multiple messages after breaching the Capitol building to make sure that the “patriots” knew he’d made good on his promises.

Hughes reportedly sent the following text messages after entering the Capitol around 2:13 pm as well:

Between 2:20pm and 3:04pm, Defendant had the following text message exchange with Person One.

At 3:16pm, Defendant texted Person Three, “we just stormed the [expletive] building.” At 3:17, Defendant had the following text message exchange with Person Four.

Person Four: I can’t see you on tv.

Shortly after 4:40pm, Defendant and Person One had another text message exchange:

Person One: You guys safe?

Person One: Getting the [expletive] out of there?

Person One: Good thing you were wearing a mask. They’re claiming they’re putting out arrest warrants.

Prosecutors say Hughes also had a photo on his phone of with his brother/co-defendant in the case, Joshua Hughes, in the senate gallery, indicating that their activity in the Capitol was more extensive than Hughes suggested.

Between about 6:20 pm and 7:17 pm, Hughes exchanged messages with Person Five who expressed concern that Hughes might be arrested, which led to the following exchange:

Defendant: Ah we didn’t do anything crazy like destroy [expletive] or fight the cops. Trespass and vandalism. Meh. I’ve done time. It’s josh I worry about.

Person Five: It’s the trespassing I worry about, but there may have been so many of you that figuring it out is more trouble than it’s worth. Were you in the photos? I could only see josh

Defendant: They got my ugly mug up and down. Trespassing ain’t [expletive]. I feel like I was behaving like a model citizen ready to reclaim my country. Not enuff people followed.

Another exchange happened with Person Six at 7:11 pm:

Person Six: How was it

Defendant: I saw picture [sic] of me and josh already on the news. Not enough people followed us in to hold the place. We had to get the [expletive] out.

Court documents say the text messages prove Hughes traveled to Washington D.C. with the intent to storm the Capitol, and that he stormed the Capitol with the intent of “holding” the building for some length of time and some purpose.

“Whatever that purpose was, and however long its duration, it is clear that Defendant’s involvement on January 6 went far beyond what has been suggested in his pleadings,” documents read.

You can read the documents detailing the charges Joshua Calvin Hughes and Jerod Wade Hughes are facing here.

HELENA, Mont. - The two brothers from Montana who were charged in the Capitol breach on Jan.…

WASHINGTON D.C. - The reported owner of a firearms training facility in Belgrade is the sixt…

MISSOULA, Mont. - A fifth Montana man has been charged in the U.S. Capitol breach that took place Jan. 6, 2021.

HELENA, Mont. - A Dillon man was arraigned via video conference Friday, after being indicted…

Montana brothers charged in the Jan. 6 breach of the U.S. Capitol both granted bond

HELENA, Mont. - Montana brothers, Joshua Calvin Hughes and Jerod Wade Hughes who were charged in the Jan. 6 breach of the U.S. Capitol were bo…