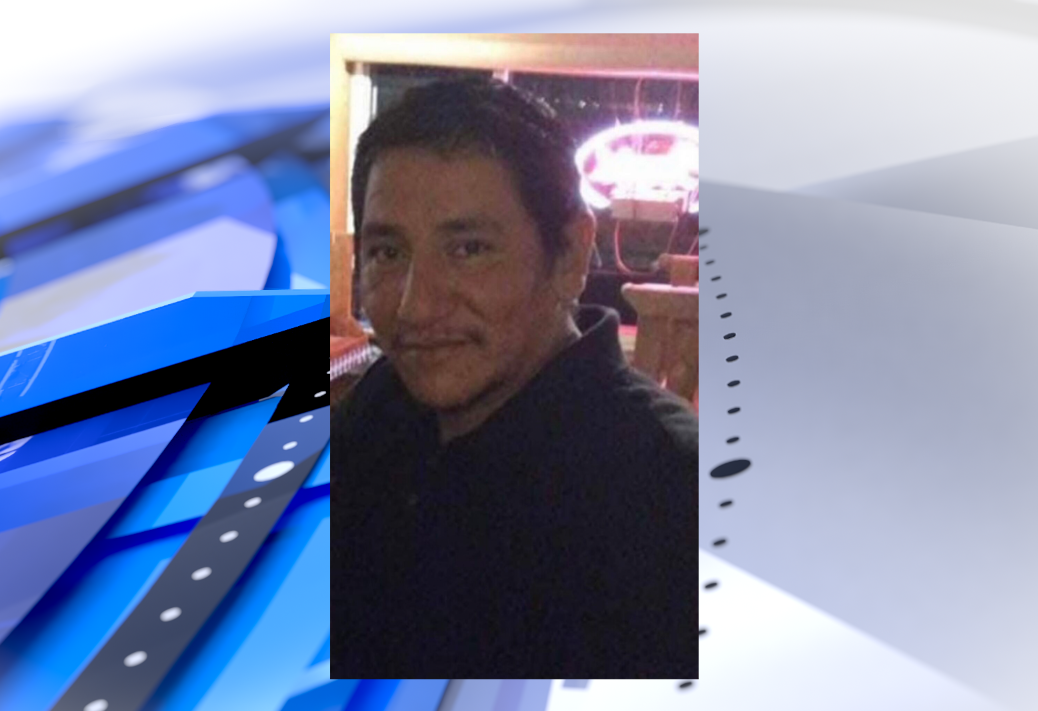 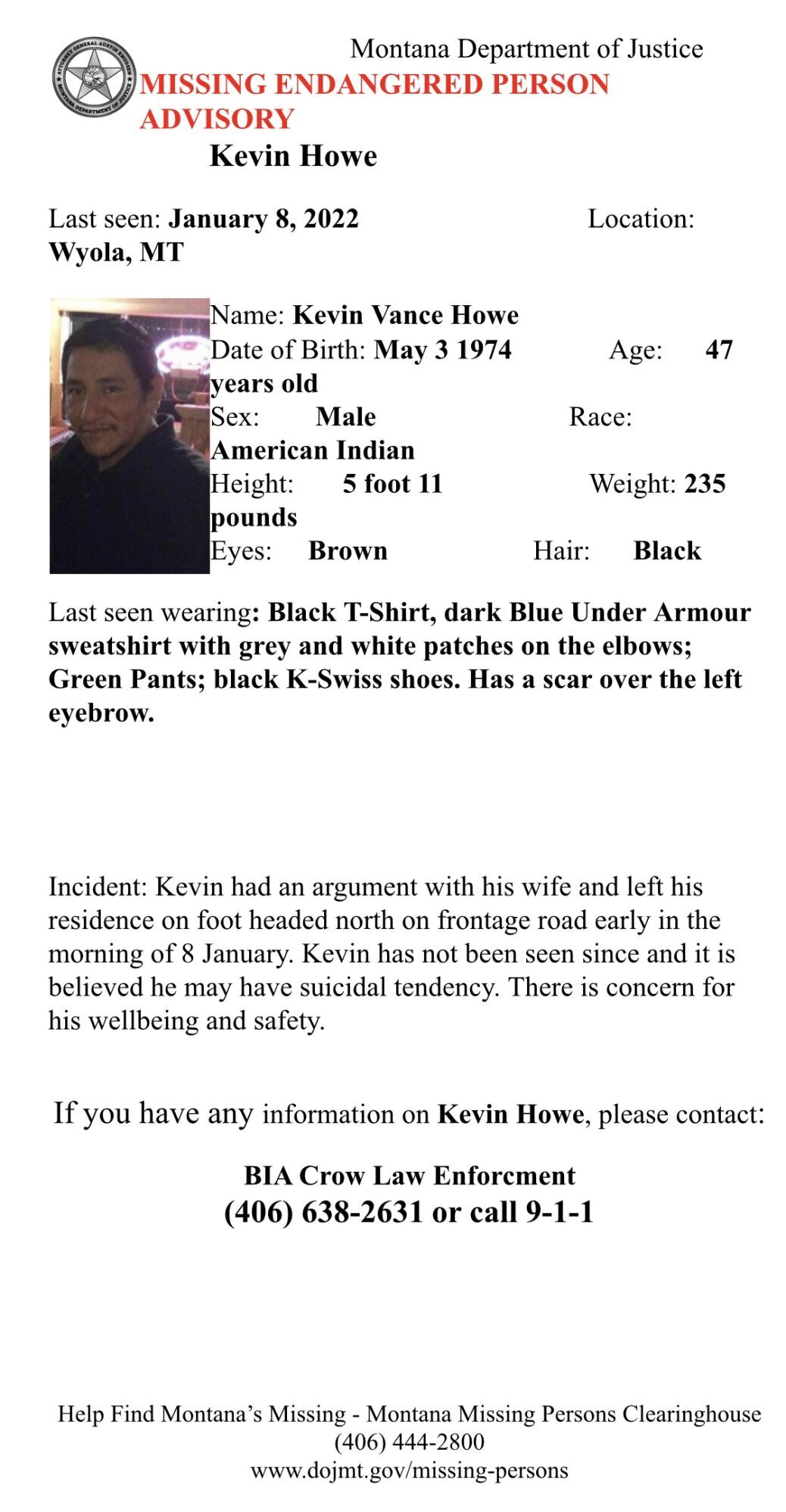 UPDATE: Kevin Howe has been located. Crow Agency law enforcement thanks everyone for their assistance.

WYOLA, Mont. - A Missing and Endangered Person Advisory has been issued for 47-year-old Kevin Howe.

According to the advisory, Kevin had an argument with his wife and left his home in Wyola in the early morning of Jan. 8.

He was last seen wearing a black T-shirt, a dark blue Under Armour sweatshirt with gray and white patches on the elbow, green pants and black K-Swiss shoes.

Kevin is described as being five feet eleven inches tall, weighing 235 pounds, with black hair and brown eyes, with a scar over his left eyebrow.

There is a concern for Kevin’s well being as it is believed he may cause harm to himself.